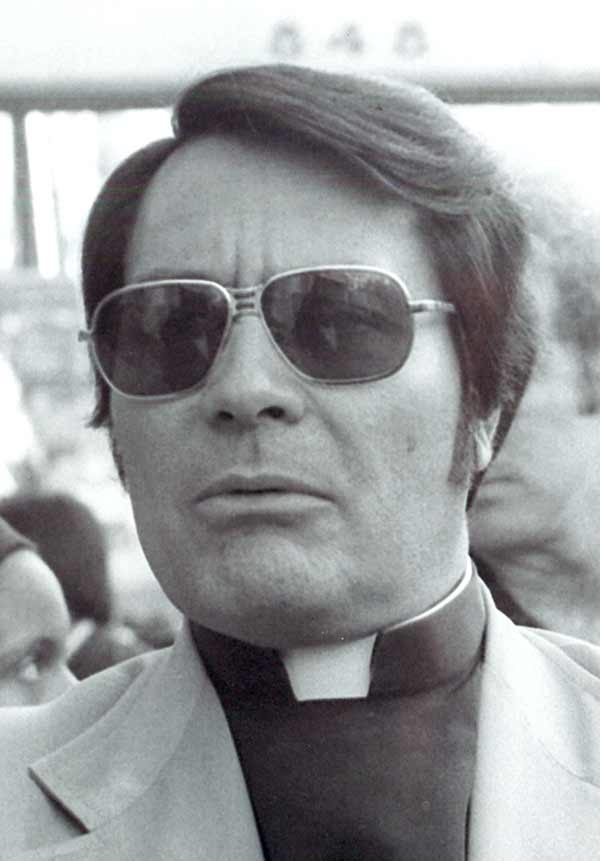 Sunday, Nov. 18, marked the 40th anniversary of the horrific massacre of more than 900 people at the behest of Rev. Jim Jones in Jonestown, Guyana. We now know not to “drink the Kool-Aid.” But our society is still blind to the fact that this atrocity was made possible in large part because Jones’ ministry was given a pass by the government of the United States.

The U.S. government, in fact, gives every minister and every religion a pass. Because donations to 501(c)(3) groups are deductible for income-tax purposes, tax-exempt groups are essentially subsidized by the American public. Therefore 501(c)(3) nonprofits must account to the public about what they do with tax-exempt donations — except for churches. The Internal Revenue Service waives all religions, churches, temples, synagogues and mosques from having to file the annual Form 990 information return that other 501(c)(3) entities must file every year in order to retain their tax-exempt status.

The Freedom From Religion Foundation (which, by the way, faithfully files the annual Form 990 accounting for its tax-exempt finances) last month renewed our important court challenge of this discriminatory and preferential IRS treatment of churches.

The Form 990 legal issues can seem a little academic or dry . . . until you look at Jonestown, and realize how its IRS-blessed financial secrecy spawned one of the late 20th century’s most heinous massacres in the name of religion.

Approximately 80 percent of Jonestown residents were African-Americans, seduced or terrorized into supporting Jones, who assured them that only he could protect them from a prophesied Nazi uprising. Residents were wretchedly enslaved, sleep-deprived, abused, starved and denied outside contact. At least a third of the more than 900 victims were children or minors. Also slaughtered were three journalists and a member of Congress, the admirable Rep. Leo Ryan, who had listened to constituents who had family trapped in Guyana and flown down to investigate. He and the reporters were shockingly shot down on a runway after his fact-finding visit, precipitating the killing and suicide spree by the mentally unhinged Jones.

Mainstream Christian denominations quickly distanced themselves from the events of Nov. 18, 1978, but it’s important to remember that Jones had an ordination from the Christian Church-Disciples of Christ, a mainline denomination. In plain sight, because his church lacked any formal accountability, Jones was able to amass a veritable treasury and armory, and even state-subsidized foster children, carting away money, guns and children from American shores and secreting them to a remote jungle spot. All of this happened without a peep or a protest from governments of the time.

Jonestown also wouldn’t have happened, of course, were it not the undue deference religion and ministers receive in our society, of which the Form 990 exception is but one symptom. Jim Jones is a cautionary tale not only about why churches should report finances to the IRS, but why it’s essential to safeguard the Johnson Amendment, which bars tax-exempt entities from engaging in politicking. Jones was praised to the hilt by public officials in San Francisco in the early 1970s, gaining their trust by offering social programs and providing campaign workers. He was photographed with many local and national politicians — appearing at events with Rosalynn Carter, Gov. Jerry Brown and San Francisco Mayor George Moscone, who appointed Jones in 1976 to the city’s Housing Authority Commission. The Peoples Temple former attorney Timothy Stoen analyzed, “There wasn’t anything magical about Jim’s power. It was raw politics. He was able to deliver what politicians want, which is power. And how do you get power? By votes. And how do you get votes? With people. Jim Jones could produce 3,000 people at a political event.”

Those of us who were alive when Jonestown occurred will never forget the horror: The aerial footage of what at first glance looked like bright carnival colors, that turned into an endless ocean of bodies splayed out in gruesome death. (Cyanide poisoning, contrary to Jones’ reassurances, is very painful. When it came to be Jones’ turn to die, the hypocrite ordered a lackey to shoot him in the head.) Jeannie Mills, in her book, Six Years With God: Life Inside Rev. Jim Jones’s Peoples Temple, noted that Jones controlled his followers through fear, using floggings, beatings, psychological and sexual humiliation, and pitting followers against one another. Mills, who left the Peoples Temple in 1975 as one of the first public defectors, had helped coordinate the on-site investigation by Rep. Ryan. Tragically, she was herself was later murdered in 1980, along with her husband Al and their 16-year-old daughter, Daphene. Jones’ last words, recorded on tape right before the Jonestown massacre were orders to kill Mills and her husband.

Mills’ family, like other members, were expected to donate all their savings, houses, insurance and jewelry to the church, and contribute their full-time salaries. Jones, who had 8,000 San Francisco followers, accounted for none of this plunder or riches to anyone, much less to the government. Had the Peoples Temple been required to fill out the basic federal information return, there would have been many red flags about finances that might have caught the eye of governmental officials. Instead, governmental officials refused to investigate defectors’ numerous complaints of kidnapping, child abuse, battery.

Mills recounted how Jones attracted followers through “faith healing.” He would shove a rotting chicken liver into a victim’s mouth, camouflaging it with a towel. When the individual would retch it out, Jones would pronounce it was a cancer passing out. He employed church sleuths to spy on members and raid their garbage cans. Then he’d use the information as though it was a “revelation” or to publicly humiliate members from the pulpit. The megalomaniac would hand out questionnaires to every church member asking if he or she wanted to have sex with him. He would claim: “I have so much sperm that I have to ejaculate at last 25 times a day.” He claimed to have the world’s biggest male organ and inaugurated bizarre public rituals around his boast. Church members were forced to “confess” they were gay. Marital sex was forbidden. He preyed sexually on women and men, and sadistically meted out public punishment with a 2 foot-plus wooden paddle, which would be used on children and adults alike as many as 150 times. Microphones would be held up to the mouths of screaming victims, who on penalty of further beatings, were then required to say to Jones, “Thank you, Father.” Sometimes Jones would giggle during the beatings. Members were encouraged to believe the world would soon end, and were told they would die without Jones’ protection.

All of this took place in the United States prior to the Peoples Temple move to Guyana.

Of course, Jonestown is and was an aberration in American churches. Most churches in our nation, thankfully, will not devolve into suicide cults. Some denominations faithfully release financial statements to their own members. A very few, largely Unitarian, voluntarily even file the Form 990, bless their secular hearts.

But there are all too many examples of the harm that occurs through church secrecy over finances. That very secrecy may attract or develop wingnuts, charlatans and criminals. Look at David Koresh and the Branch Davidians in Waco or the renegade polygamous Mormon church, many of whose communities survive on welfare, and engage in child rape and marriage. It’s obvious that any church involved in a crime or scandal will benefit from the lack of reporting accountability to the IRS. One has only to observe the institutional crimes against children by the Roman Catholic Church and the U.S. bishops to see how hidden finances have protected the churches and aided its massive cover-ups. How many of these crimes occur precisely because churches are financial black holes?

The question the Freedom From Religion Foundation always asks is: Why wouldn’t a church want to be transparent about its finances, to meet the same standards as other tax-exempt nonprofits? In a sense, by continuing to hold church doctrine as unquestionable, and churches and ministers as above the law and above accountability, we Americans are still voluntarily drinking the Kool-Aid. 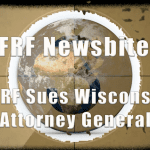 November 16, 2018
Weekly Wrap - From a lawsuit and climate change to sports and social media
Next Post 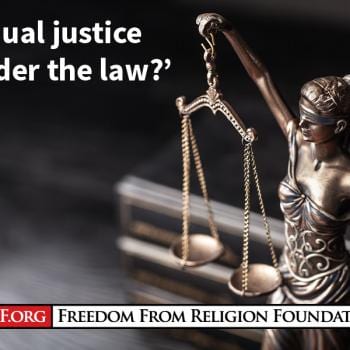 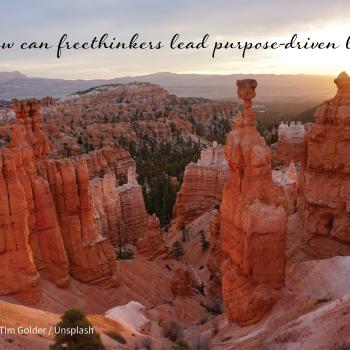