At the Freedom From Religion Foundation, we believe — we know — that science is the answer to the coronavirus, not religion. Thoughts and prayers won’t stop a virus any more than they will a bullet. But that hasn’t stopped evangelical Christians, including many Christian Nationalists in the Trump administration, from praying about the spreading coronavirus. And that means our country could be in big trouble.

Vice President Mike Pence is in charge of containing the coronavirus pandemic. Pence loves to tell audiences that he is “a Christian, a conservative and a Republican, in that order.” (Notice that he does not mention “American” anywhere in this litany.) Pence is a Christian first. He’s also infamously anti-science and pro-prayer. These two things are often intimately related.

President Trump himself is waiting on a miracle to stop the virus: “It’s going to disappear. One day it’s like a miracle, it will disappear.” Trump dallied for two months before creating the coronavirus task force. The first iteration of that task force was remarkable for its lack of diversity and expertise. Twelve people, all men, and only two doctors. Things have improved little since then. One month later, Trump put Pence in charge of this task force.

Pence and his team of prayerful men.

Pence and his crew got right down to business: They prayed. 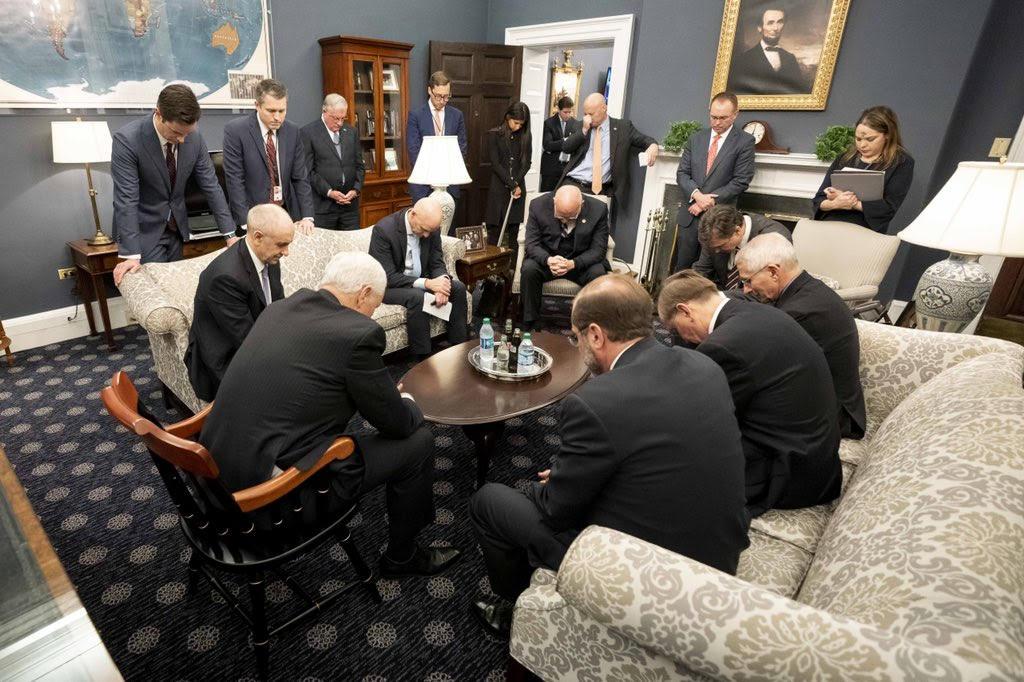 That’s 15 white men and two women. Maybe they should be praying for some diversity instead. The prayers were apparently not enough to stop the guy near the door from sneezing into his hand during the photo. Franklin Graham, son of anti-Semitic preacher Billy Graham, tweeted out the photo and called for more prayers to stop the virus.

We see the influence of religion elsewhere in the coronavirus task force. Throughout American history, Christianity has been used to justify subjugating women and abridging women’s rights. FFRF was founded partially to fight this noxious influence, but that legacy is reflected in this picture Pence tweeted of his team of men: 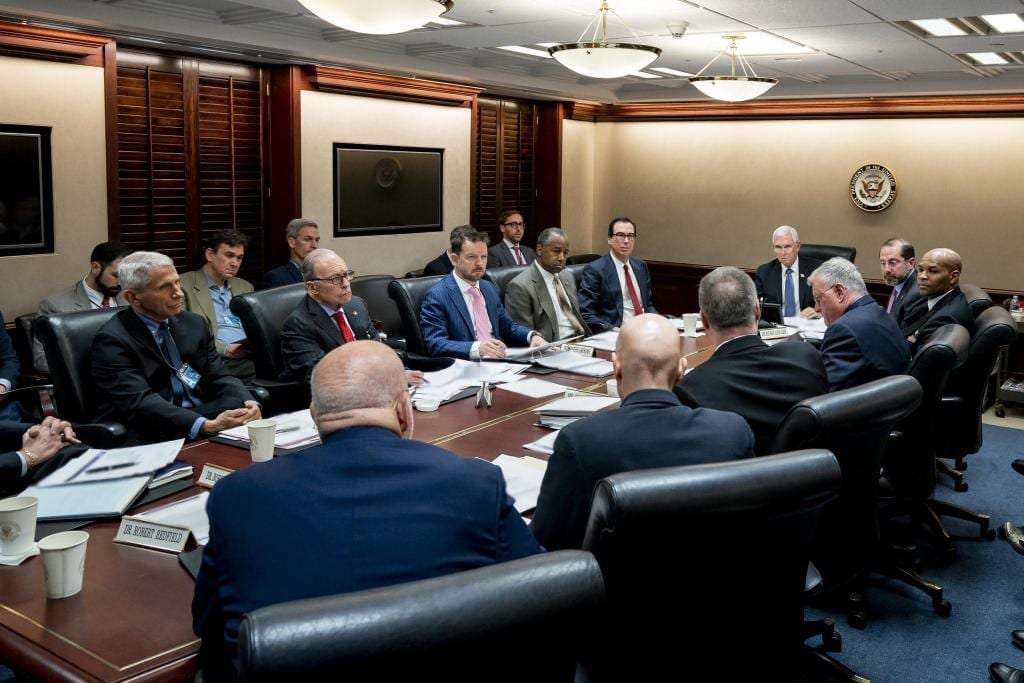 Trump’s cabinet is full of Christian Nationalists like Pence who believe in the bible and not science. But it would be hard to pick a worse candidate to lead this effort. Pence was actually responsible for an HIV epidemic in his home state of Indiana in 2015. That’s not hyperbole, that’s the conclusion of scholarly studies. When confronted with the outbreak, Pence “said he was going to go home and pray on it,” according to the New York Times. The outbreak, the largest in Indiana history, infected more than 200 people in a rural county. Steven Thrasher warned in The Nation magazine that this “was a disaster born of a total abdication of Indiana’s public-health responsibility — and it’s the kind of health disaster we could see nationally.” Thrasher summarized: “Preventable epidemics can happen anywhere where austerity is combined with theocratic, anti-science policies.”

This is where we are: Mike Pence, a theocratic, anti-science zealot, is in charge of stopping a pandemic. But there’s another problem: Trump and his team have been dismantling the very government we need to fight this pandemic.

The Trump administration has been gutting the federal government for nearly four years. For instance, the Trump administration fired the U.S. pandemic response team in 2018. To take another salient example, while Trump is “donating” his salary to the Department of Health and Human Services, he and his administration have slashed the HHS budget. Trump proposed a budget in February, in the middle of this outbreak, that cuts the HHS budget by 10 percent. His 2019 budget cut it by 12 percent. In 2018, he called for a 21 percent cut to HHS’s funding.

Cut, cut, cut, cut. Except when it comes to Christianity. When it comes to weaponizing religious liberty and codifying Christian privilege, the Trump administration has actually beefed up the administrative state. Trump found money in the budget to set up the Conscience and Religious Freedom Division at HHS. As FFRF Co-President Annie Laurie Gaylor said of this new division at the time, “Once again we see this administration using the guise of ‘religious freedom’ to deny civil liberties and impose religious beliefs on others.”

The Ministry of Truth, excuse me, the Conscience and Religious Freedom Division at HHS, is not the only build-up of the administrative state we’ve seen amid the general wreckage. The Trump administration has also established the Religious Liberty Task Force at the Department of Justice and the Commission on Unalienable Rights at the Department of State. And let’s not forget that the White House Faith and Opportunity Initiative is expanding and hiring Trump’s spiritual advisers, including prosperity gospel preacher Paula White.

While funneling money and resources into religion and Christian privilege, nearly four years of dismantling the CDC has had an impact. The first coronavirus tests the CDC designed were flawed. And just this week, the government is finally getting out tests the work, but only 2,500 kits. And though each kit can test 300 or so patients, that seems insufficient in a country with 320 million people.

As always, FFRF is on alert.

Viruses don’t respond to prayer. Now, more than ever, we need public policy that is driven by science and data, by medicine.

FFRF is watching this outbreak very closely. Our team travels the country to educate the public on matters of nontheism, on Christian nationalism, on the vital need to defend state-church separation. FFRF also organizes scholarly seminars and our annual convention. We will take all necessary precautions to ensure the health and safety of our staff, our members and our attendees. We hope that this administration will begin to do the same. It’s time for Pence and his team to get off their knees and get to work.

February 28, 2020
A Puerto Rican case, an Oscar-winner, recalcitrant AGs, and gambling on us in Vegas
Next Post 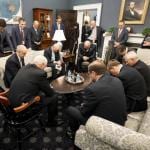 March 6, 2020 Coronavirus, the Constitution and the Supreme Court
Recent Comments
0 | Leave a Comment
Browse Our Archives
get the latest updates from
Freethought Now!
and the Patheos
Nonreligious
Channel
POPULAR AT PATHEOS Nonreligious
1