We’ll fight like hell — with your help January 13, 2017 Rebecca Markert 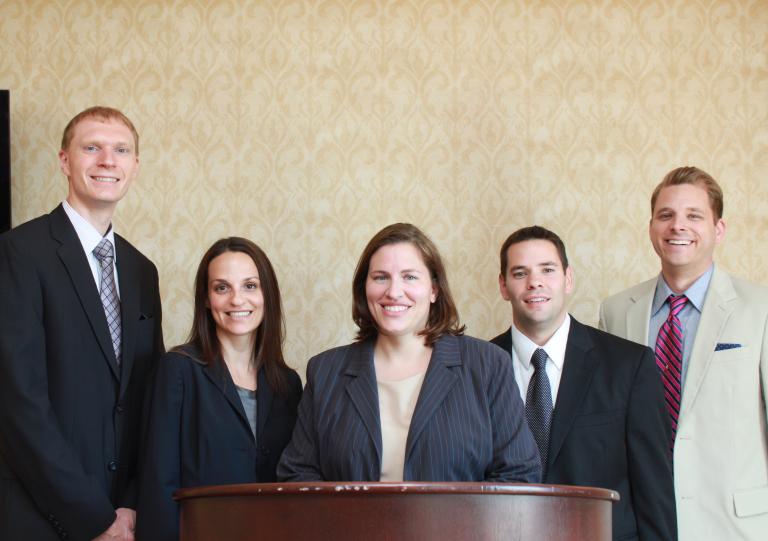 The 115th Congress began earlier this month, and a new president will be inaugurated in a week’s time. We know both branches of government pose a serious threat to our cherished constitutional principle of separation between state and church. We need your help …

FFRF is already working hard to ensure cabinet officials are properly vetted during their nomination hearings. We are also bracing for legislative battles to overturn secular policies we once thought secure. And then there’s the issue of the current vacancy on the U.S. Supreme Court — and potential future vacancies.

We’re going to have to work hard to ensure this new administration doesn’t undo in our lifetime every good thing to happen to freedom of conscience, scientific progress, and personal and civil liberties. And it’s going to require ALL of our best efforts.

You can be active through lobbying your own representatives. It’s easy to do — and very effective. I know because I worked on Capitol Hill right out of college.

Constituent feedback is important to representatives –— lest you think it doesn’t matter or they don’t pay attention. They do. I worked in a Senate office during the George W. Bush administration when the country was debating the Iraq War. My boss received thousands of letters on this issue. (This doesn’t include faxes, emails, and phone calls.) They’re barraged with mail from ordinary people like you.

Every day, staff members were tasked with sorting the mail and tallying contacts: “Yes to war” versus “No to war.” We’d count by hand the letters we received, then add to it the tally from phone calls and emails and faxes. Every night, my boss would get that tally, which included how many total contacts, totals in the yes and no columns, and then a breakdown on in-state versus out-of-state contacts. And he requested a sampling representative of the mail he was receiving — so, four-six letters usually. There was no way he could read them all, but every night he expected to see that total.

He paid attention to what his constituents were saying and why. He took that into consideration when casting his vote, and so do current members of Congress. And while my boss was very cognizant of what the people of his state wanted I know this story was not unique on the Hill. Many staffers for other representatives were tasked with similar duties.

What you say and how you say it matters. Here are a few tips on making legislative contacts effectively.

1. Write a letter or email

Postcards and petitions are fine, but they don’t get the same type of attention that a personally written letter or email does. It’s easy to tally a mass-generated postcard or get a number from a petition and continue with the day, but having to read a personalized message and figure out what a constituent is writing about and why makes a lasting impact. If I had to read a letter to figure out if a constituent is in the yes or no column, I remembered their story and was more likely to put it in the representative sampling of letters my boss would receive.

Twitter and Facebook didn’t exist back then, but my comrades who are still on the Hill say that tweeting your legislator or writing on Facebook is ineffective. They don’t read them or do anything with them unless the messages are harassing (or perhaps going viral).

A personalized, unique email message is far more effective than a mass template, so when possible, add your own language.

2. Call the office — email is the next best thing

It’s always better to make a connection the old-fashioned way by calling someone on the phone. Make them talk to you about the issue. And, by the way, they have to be nice to you and take down all your information! (But please extend the same courtesy and be nice to them – they don’t need to respond to people being vulgar.)

You can also make a huge statement with call-in campaigns. The days when our front office staff was flooded with calls affected every staff member. I was also on staff when Elian Gonzalez, a young Cuban boy, was attempting to come to America with his mother. She perished in the ocean, but he was rescued and sent to live with relatives in Florida. His Cuban relatives were trying to get him back. It was a very hot issue in 2000 (before the election, of course!), and we were flooded with calls on what the United States should do — send him back or keep him here. It stymied the work of the office. It got so bad, all staffers had to take a shift on the phones — senior and junior staffers alike.

You can be sure when a senior policy advisor is pulling a shift on the front phones, the senator or member of Congress is going to hear about it!

FFRF is introducing software that will make the Action Alerts we’ll be sending you easier for you to use, whether you choose to phone or email.

3. Make a connection with your representatives’ staff members

If you can make a connection to the staff members in your representatives’ home offices, that will be helpful. If they know who you are, your thoughts will likely come up during staff meetings. You may also be called on for your opinion if you’re able to demonstrate expertise in a particular issue area.

4. Show up at a town hall or city council or county board meeting

This can’t be emphasized enough. They cannot ignore you and your questions if you’re standing right in front of them. Go to a town hall and ask them to explain their positions. Go to the city council and county board meetings and let them know you exist, you’re one of their constituents, and they’re accountable to you. Recently, FFRF was able to help the city of Madison pass an ordinance that includes atheism as a protected class. This was in large part because our attorneys Patrick Elliott and Andrew Seidel and some local members showed up at committee and council meetings and met with the alders about this. They were able to answer their questions and quell their fears.

With this new administration, it’s not going to be easy. But it’s nothing new — nothing our movement hasn’t seen before.

We’ve harnessed energy to get out there after devastating blows to the wall of separation, like the recent Town of Greece v. Galloway decision, which upheld the practice of prayer, even sectarian prayers, before legislative meetings. Our members have been outspoken. They’ve been coming out of the closet and delivering secular invocations at city council and county board meetings across the country. We’re turning negatives into positives.

And we’ve seen positive changes — changes that seem inconceivable even a decade ago. When I started at FFRF eight years ago, we had 12,000 members. Now, we’ve more than doubled that. When I started at FFRF, I’d take calls on state/church complaints and members would tell me they were the only atheists in their town. But now, we receive calls from multiple people about the same issues in the same town. We’re still witnessing phenomenal growth in the United States of the nonreligious. A quarter of adults and a third of Millennials identify as having no religion. This movement cannot be denied.

FFRF is going to be fighting like hell to make sure the Christian Right doesn’t trump reason and our First Amendment. We’ll be working overtime to safeguard our constitutional right to be free from the imposition of religions and religious doctrine from our government. But we can’t do it alone. We need your help, and hope this short primer will give you confidence about how easy it is for you to effect legislative change.

We’re fired up and ready to take this on. You should be, too. 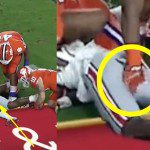 January 6, 2017
Special Weekly Report: We’re already in the thick of things
Next Post 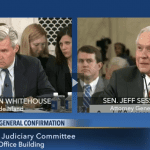 January 13, 2017 Special Weekly Report: Dealing with Trump’s people — and a lot more
Recent Comments
0 | Leave a Comment
"https://m.youtube.com/watch...Says it all really."
Brian Shanahan FFRF’s Freethought Now Blog has moved!
"I am unable to find an RSS feed for the new site. As I have ..."
David Brown FFRF’s Freethought Now Blog has moved!
"Should we expect new translations from the Greek, given this new lexicon?"
epeeist Recovering a secular ancient treasure
"It's a shame that Aristotle was the goto for answers for so many years and ..."
Jim E Jones Recovering a secular ancient treasure
Browse Our Archives
get the latest updates from
Freethought Now!
and the Patheos
Nonreligious
Channel
POPULAR AT PATHEOS Nonreligious
1