We’re keeping our spirits up during Halloween

We’re keeping our spirits up during Halloween October 30, 2020 Freedom From Religion Foundation

We’ve been maintaining a positive attitude here at the Freedom From Religion Foundation, trying not to get spooked at Halloween time by all that’s happening around us.

Please vote!
Before we give you the lowdown on what we’ve been up to, three important reminders: First, please vote! To check on local locations, times and requirements, visit: vote.org. Vote like your rights depend on it — because they do. In fact, our most recent Facebook Live “Ask an Atheist” episode is dedicated to driving home this point. FFRF Programs Manager Kristina Daleiden and FFRF Staff Attorney Liz Cavell are joined by Janelle Cronk, campus organizer for the Secular Student Alliance, who has been ensuring that students and all Americans have the information and resources they need to register and get out the vote in this, the most critical election in recent history. 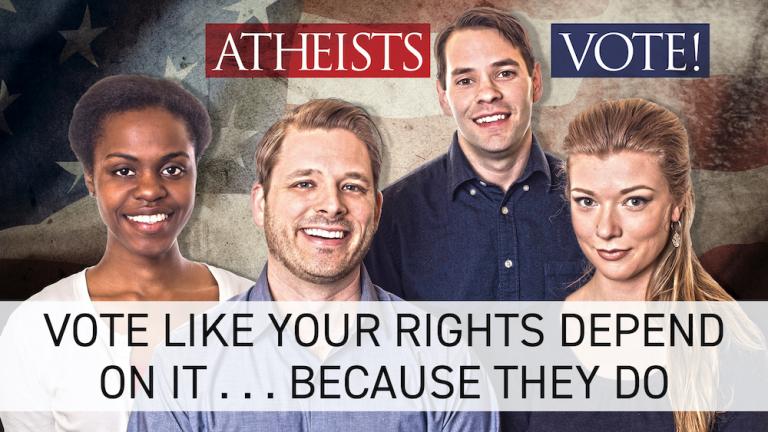 Register for Secular Day of the Dead
Second, there’s still time to sign up for what promises to be a serene and calming event to quiet your jitters, by participating in the first international Secular Day of the Dead on Sunday, Nov. 1, a nontheistic way to remember dead loved ones. It’s free, but for security reasons, you must register in advance. 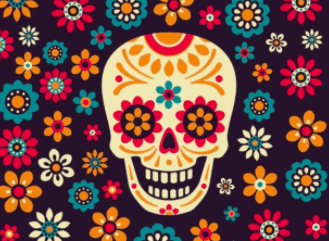 Attend our online convention
And, third, this is the final notice to attend FFRF’s first-ever online “Covid Convention,” a report by legal and other staff on FFRF highlights of the year followed by a live annual membership meeting. Although the annual event takes place on Saturday, Nov. 14, registration cuts off on Monday, Nov. 2. Sign up here to learn more about what FFRF has been doing for you, and meet many of the staff who make things happen. Read more about it, including actor Ed Asner’s Clarence Darrow Award acceptance speech, here. 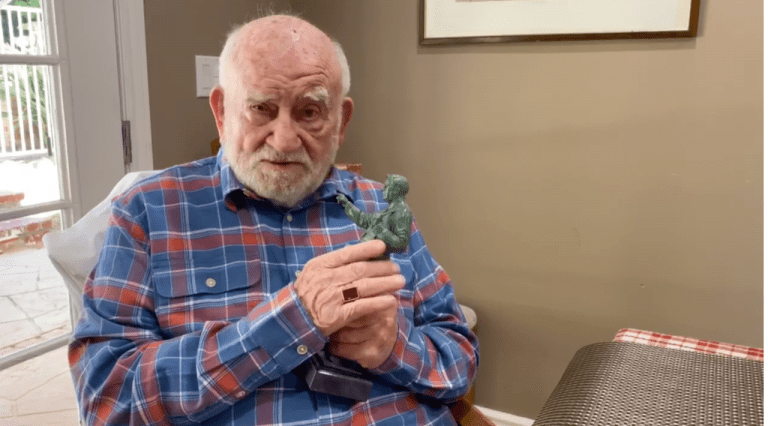 A horrifying Supreme Court Justice
There’s been undeniably enough taking place to scare us all recently. The Senate confirmed Amy Coney Barrett to the Supreme Court, and we strongly condemned it.

“With your support, the Freedom From Religion Foundation will continue to champion the First Amendment in the courts and fight Christian Nationalism and the union of state and church in the court of public opinion,” we vowed. “Our fight has never been easy and it just got a lot harder. We are up to the challenge, but we need your help.”

In her blog this week, FFRF Anne Nicol Gaylor Reproductive Rights Intern Barbara Alvarez chronicles the ongoing deterioration of women’s rights both in Poland and the United States. 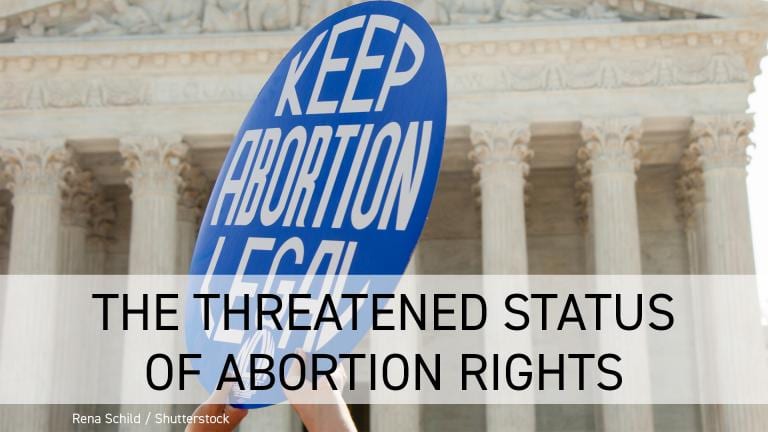 “Since the U.S. Supreme Court has significantly changed in the last few years, most recently with Amy Coney Barrett replacing Ruth Bader Ginsburg (a champion of abortion rights), the future of Roe v. Wade is in greater danger than ever before,” Alvarez writes. “Barrett has laid bare her willingness to impose her religious convictions into courtroom decisions.” 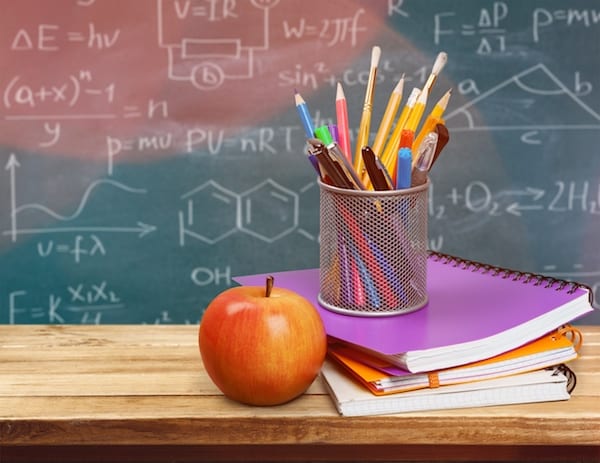 “The 1st Circuit has engaged in a sound defense of our Constitution,” said FFRF Co-President Annie Laurie Gaylor. “We hope other courts and jurisdictions will sit up and take notice.”

An uplifting constitutional victory
We also obtained a local victory — and good media coverage — that lifted our spirits.

“While Jasper School District officials are keeping pretty much mum, an attorney with the district’s law firm, EdCounsel, conveyed that all school employees, including the high school football coach, have been ‘instructed not to lead students in, or promote, prayer,’” the Joplin (Missouri) Globe reported. “Chris Line, staff attorney with the Freedom From Religion Foundation, a Wisconsin-based nonprofit that focuses on issues of separation of church and state, told the Globe in a phone interview Wednesday that he recently received a response letter from the school attorneys representing the district and that the organization is satisfied with how the investigation was handled.”

This is the sort of outcome that keeps us going.

And so does spirited freethinking among the youth. That’s why we proudly announced the awarding of a record total of $28,150 in prize money to the winners of our 2020 students of color essay contest. 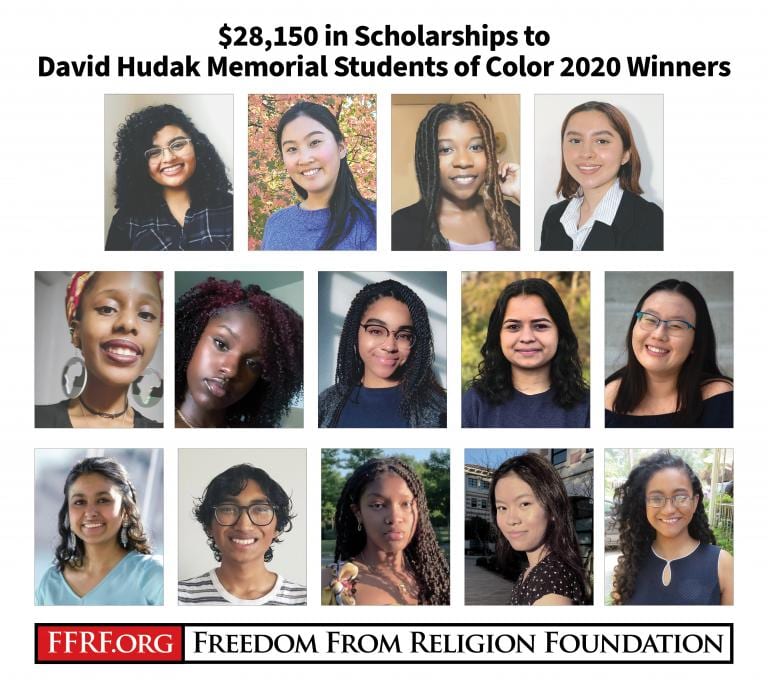 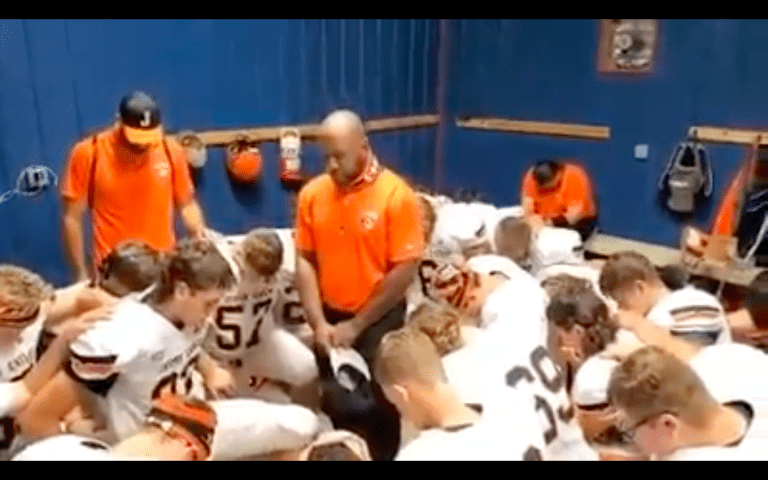 Enjoy an irreverent songwriter
Our “Freethought Matters” TV show this Sunday is guaranteed to make you temporarily forget all the horrors surrounding us. Roy Zimmerman is a freethinkingly entertaining singer-songwriter known for his satiric and irreverent commentary on all things sacred — from religion to politics. You can already catch the show on our YouTube channel. Or find out where to watch the show on Sunday. 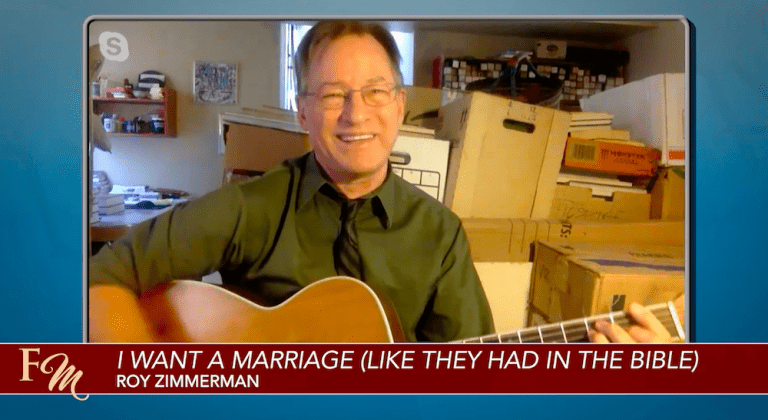 Unapologetically black, feminist and heretical
On our radio show this Halloween week, we first contemplate how scary a time it is for state/church separation, women’s rights and public health. FFRF Legal Fellow Joseph McDonald then explains how we got a Missouri public high-school coach to stop leading students in prayer. This is followed by an interview with author, educator and activist Sikivu Hutchinson about the challenges facing nontheistic African-American women, explained in her book Humanists in the Hood: Unapologetically Black, Feminist, and Heretical. 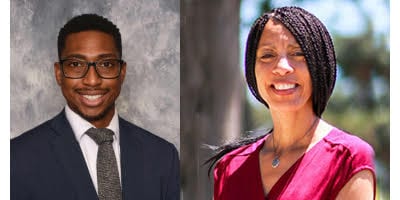 A gleeful religious demolition
Veteran writer and freethinker Jim Haught is guaranteed to bring a smile to your face with his delightful demolition of religious belief. 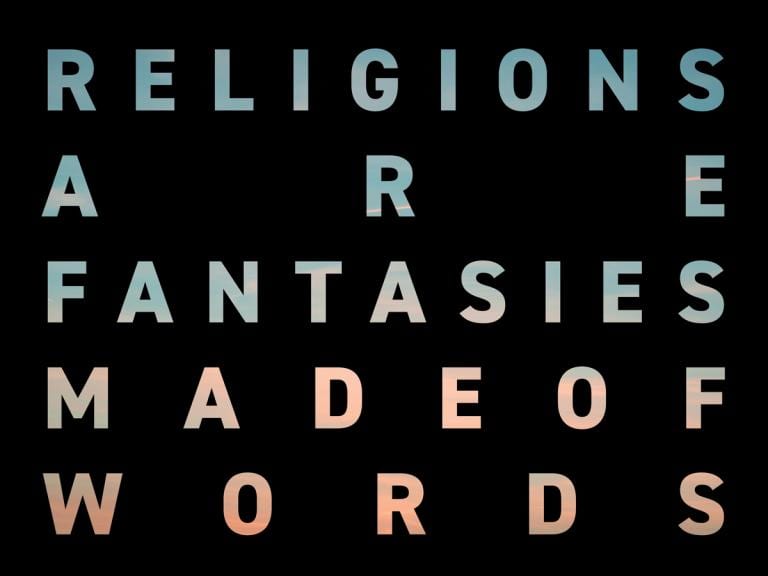 “Stop and think: Thousands of different religions have existed — from Aztecs sacrificing people to an invisible feathered serpent to Hindus praying over models of Shiva’s penis, from Jehovah’s Witnesses awaiting the Battle of Armageddon to Mormons who think an angel showed golden plates to a convicted swindler — and each faith can be considered a mere fantasy made from words,” he writes in his most recent blog. “It’s easy to invent word fantasies.”

Hopefully, his column will cheer you up. We all need a reason to be cheerful this year.

October 28, 2020
Abortion rights are deterioriating in Poland and the United States
Next Post 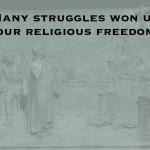 November 4, 2020 Many struggles won us our religious freedom
Recent Comments
0 | Leave a Comment
"https://m.youtube.com/watch...Says it all really."
Brian Shanahan FFRF’s Freethought Now Blog has moved!
"I am unable to find an RSS feed for the new site. As I have ..."
David Brown FFRF’s Freethought Now Blog has moved!
"Should we expect new translations from the Greek, given this new lexicon?"
epeeist Recovering a secular ancient treasure
"It's a shame that Aristotle was the goto for answers for so many years and ..."
Jim E Jones Recovering a secular ancient treasure
Browse Our Archives
get the latest updates from
Freethought Now!
and the Patheos
Nonreligious
Channel
POPULAR AT PATHEOS Nonreligious
1