We’re planting our flag all over the world

From our hometown to Capitol Hill to Iceland, we at the Freedom From Religion Foundation are making sure that the secular perspective gets heard everywhere.

We tangled this week with a fundamentalist Christian group here at home, urging the Madison Metropolitan School District to ignore a vicious letter that the Liberty Counsel recently sent it regarding a trans teacher.

“Liberty Counsel is a notorious hate group that operates under the guise of protecting religious freedom,” FFRF Staff Attorney Ryan Jayne wrote to the superintendent. “In Liberty Counsel’s twisted worldview, religious liberty is at risk any time the government considers accommodating LGBTQ people.”

FFRF is making its Mark on Capitol Hill

Our newly hired lobbyist in Washington, D.C., Mark Dann, recently met with the staff of Rep. Jared Huffman, the co-chair of the Congressional Freethought Caucus, to strategize on how to advance the freethought viewpoint. The recently established caucus now has 10 members in Congress — with, hopefully, many more to join. 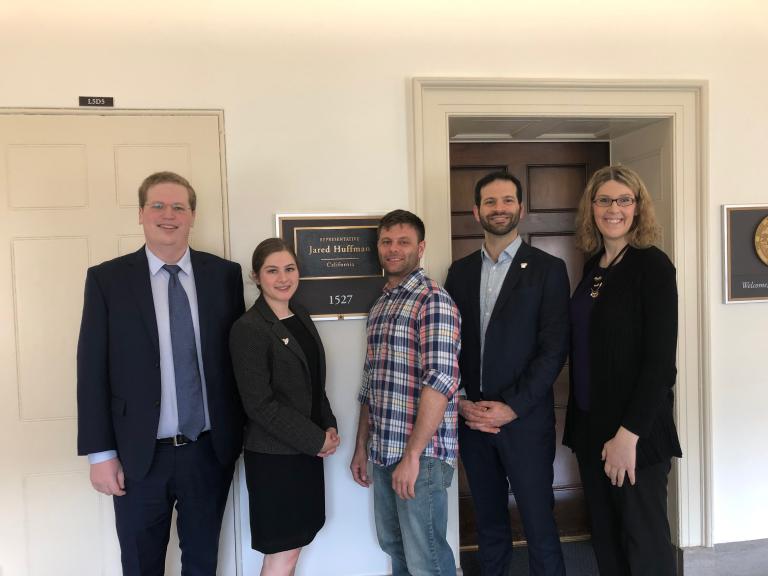 Mark tells FFRF Director of Strategic Response Andrew Seidel and FFRF Staff Attorney Liz Cavell on our Facebook Live “Ask an Atheist” feature what he’s been up to in our nation’s legislative center — and what all he hopes to get accomplished. Mark was also on our radio show to chat with FFRF Co-Presidents Dan Barker and Annie Laurie Gaylor about FFRF’s aims and ambitions on Capitol Hill. Given everything that’s been happening in Washington, more power to Mark. 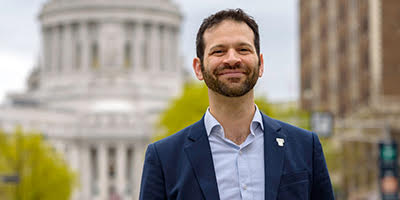 The consequences of Trump’s anti-science approach
The Trump administration has halted fetal-based research — a frontal assault on science on behalf of the Religious Right. “The eagerness to bulldoze reason and science-based policy at every turn will have immeasurable consequences for generations to come,” we warned. 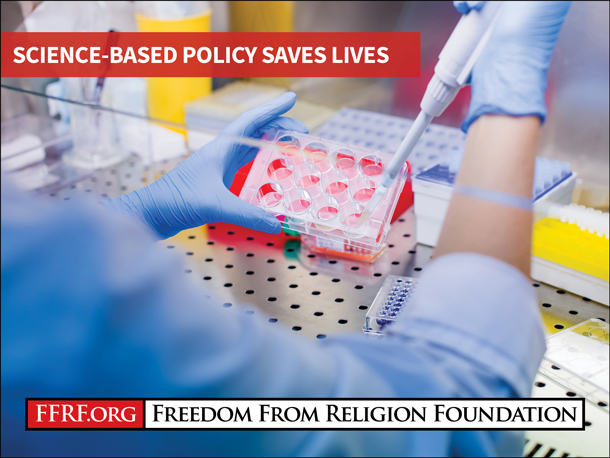 Iceland’s warm welcome to us
Dan and Annie Laurie just came back from a trip to Iceland, where they participated in an international gathering of humanists, freethinkers, skeptics and nontheists of various stripes. Dan explains in our “Newsbite” segment what the confab was about — and why FFRF made our presence felt there. 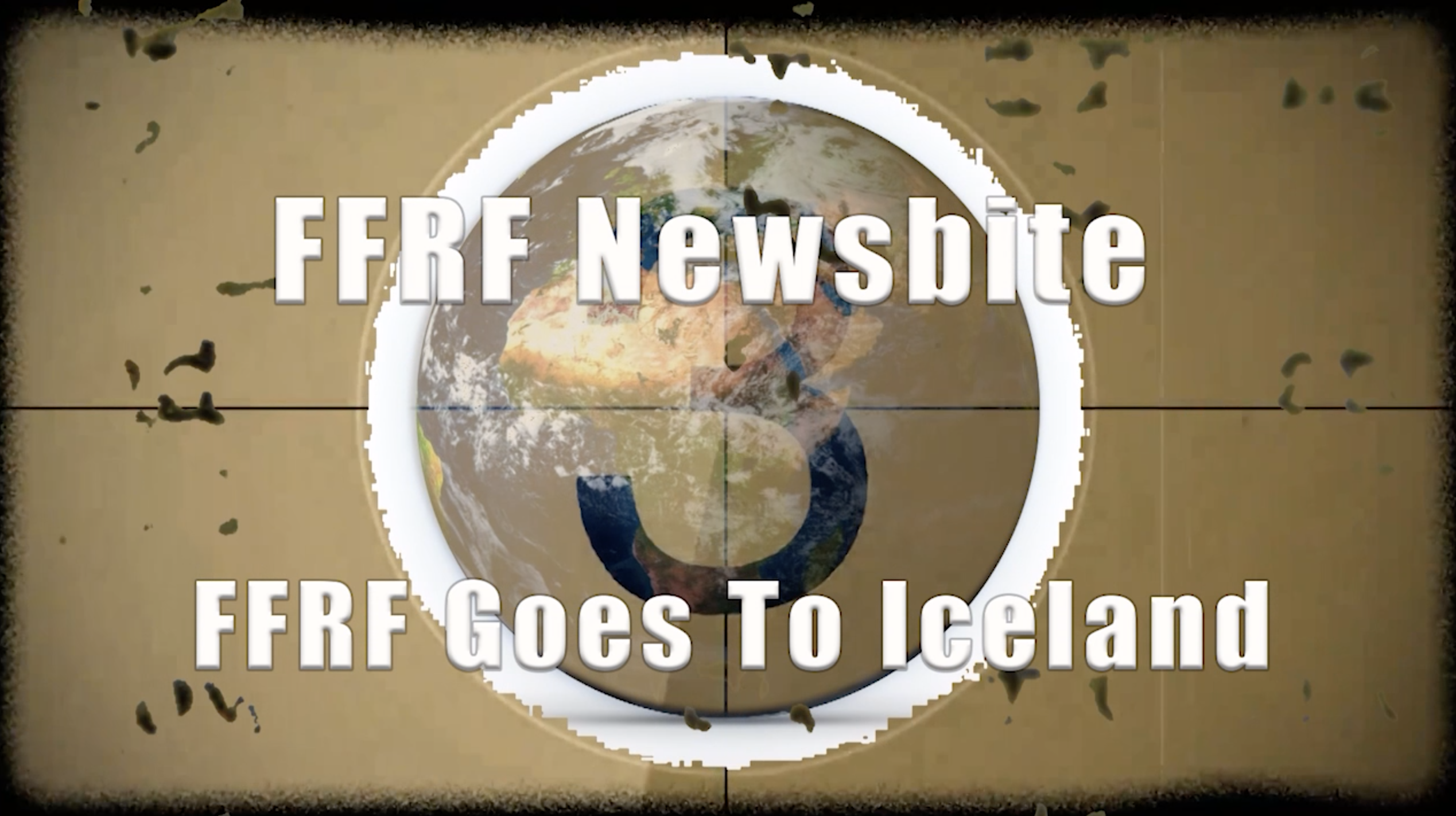 So much to tackle in the U.S.
Of course, our primary focus is within the United States — and there was enough happening all over the country to keep us preoccupied. We decried the passage of an Alabama bible “literacy” bill to allow state-funded public schools to indoctrinate students as early as sixth grade with bible classes. We protested a sectarian and intrusive Christian chaplaincy program for Washington state cops and advised that it be ended. We asked for an immediate stop to baptisms in a rubber tub at an Alabama high school, facilitated by the football team head coach, no less. (You have to see the video of the episode to believe it.) And we urged a Florida county not to approve a handout for an overtly religious event. 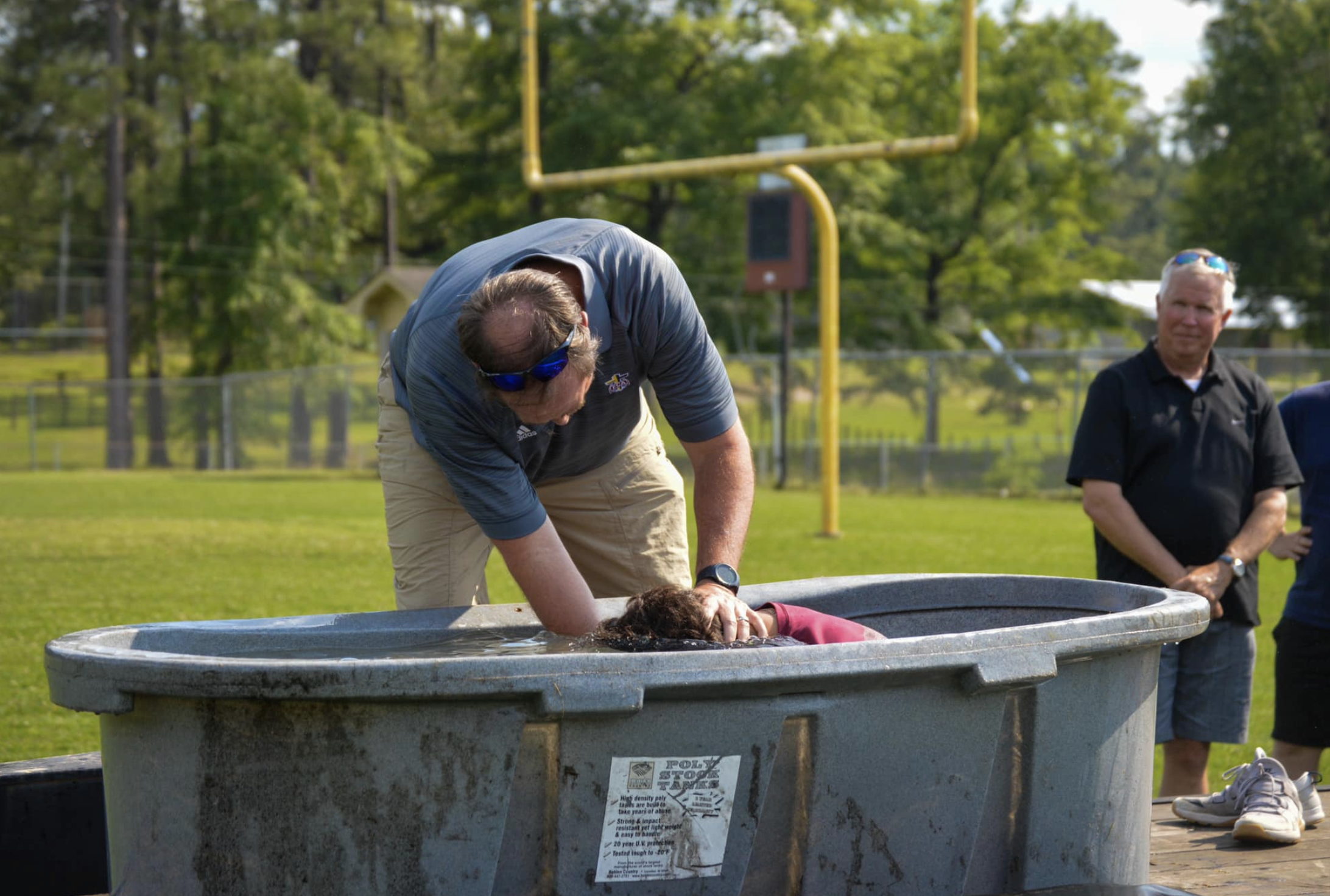 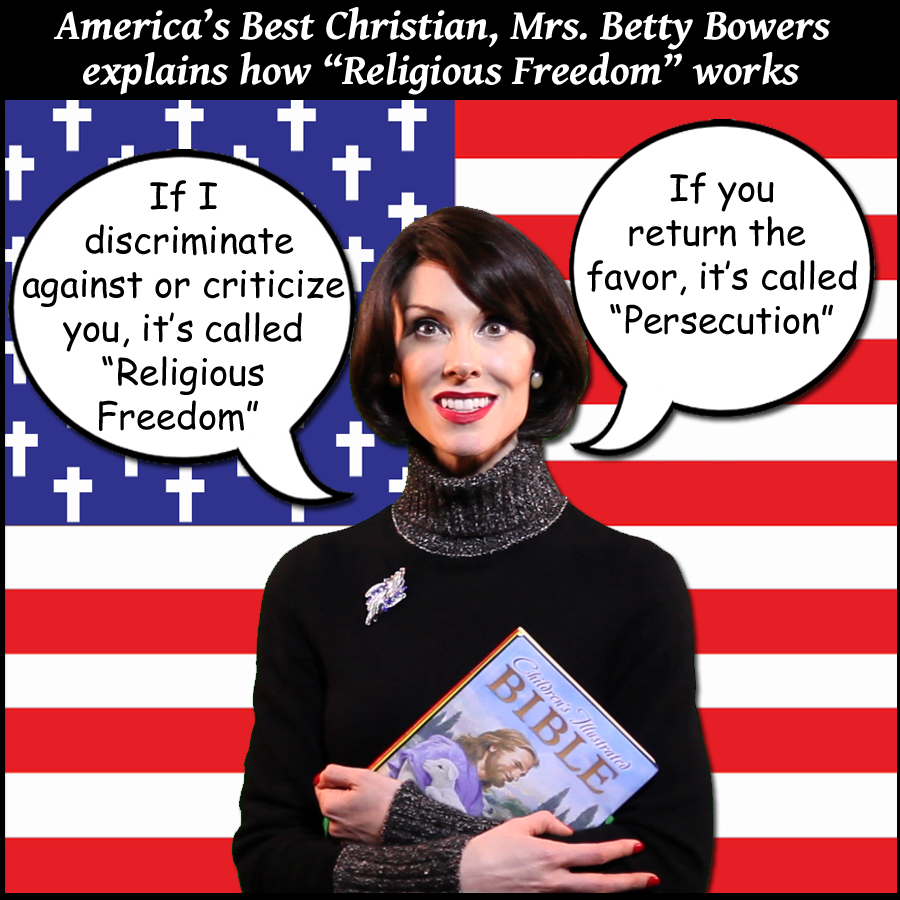 The FFRF Metropolitan Chicago Chapter will host Andrew and Professor Jerry Coyne discussing Andrew’s new book, The Founding Myth: Why Christian Nationalism is Un-American, on Tuesday, June 11, at 7:30 p.m. on the University of Illinois at Chicago campus. You’re promised some intellectual enjoyment.

Madison, Chicago, Capitol Hill or Iceland — we work to plant the secular flag all over the world. We do it on behalf of you and 31,000 other irreverent members. Thank you. 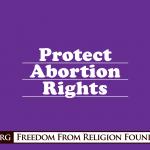 May 31, 2019
Combating religious judges, anti-abortionists and sheriffs flying a Christian flag
Next Post 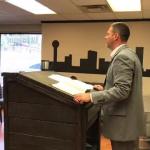