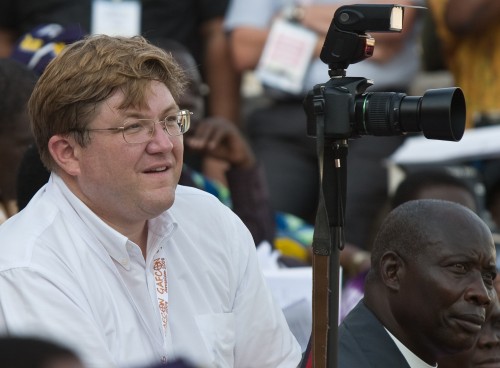 Editor’s note: It’s been some time since the GetReligionista team included someone who wears a clerical collar, especially — as was the case with the Rev. Elizabeth Eisenstadt Evans — someone with experience in mainstream and religious-market journalism. Another key: The arrival of a scribe who is very, very familiar with the unique media scene in Europe and in the Middle East. So, here we go.

Salutations and felicitations to GetReligion readers. As a journalist on things religion I’ve been a long time fan and occasional commentator on the website and look forward to joining the team.

My name is George Conger and my work has appeared in various British newspapers, such as The Times, Telegraph and Guardian. I have also worked as one of the British correspondents for The Jerusalem Post — specializing in diplomatic and defense stories. From time to time the BBC and the ABC (Australian Broadcasting Corporation) will trot me out to opine on Anglican affairs as well.

However, I am best known for my work with The Church of England Newspaper (CEN) in London, an independent operation that puts out the world’s oldest church newspaper — every Friday since 1828. It is also the most widely quoted church newspaper on Fleet Street. For those with a literary caste of mind, until 1948 the CEN was known asThe Record. Anthony Trollope would signal the church politics of his characters by reference to their preferred newspaper — the low-church Obadiah Slope took The Record.

I should stress that the CEN is not the “official” newspaper of the Church of England — there is no such animal. For the past 13 years I’ve been the newspaper’s overseas correspondent, which means I have covered thousands of religion related stories taking place beyond the pale of civilization — which in British terms means beyond the M25, and have reported from Africa, Asia, the Americas and Europe on everything from World Council of Churches meetings to pan-Anglican jamborees.

In addition to journalism work, I’m a priest of the Episcopal Diocese of Central Florida and have served as a parish priest, hospital and hospice chaplain. In recent years I have had a ministry devoted to those suffering from dementias.

I came into the writing game late in life after a misspent youth on Wall Street. I was educated at Duke, Yale and Oxford Universities and started off as a business executive until I “got religion” and entered the ordained ministry in my late 20’s. While studying church history at Oxford I fell into journalism and have been hard at it ever since.

When I comment on coverage of Anglican affairs, I will do so as a working participant in many of those events, with that professional connection right out in the open. However, tmatt and the folks at GetReligion see me as a kind of all-purpose foreign correspondent — with my work focusing on religion coverage in the English-language press of Europe, as well as Australia, the Middle East and points South.