Neil Armstrong was the 1st man on the moon.

Facts, facts, facts.  Our lives are filled with facts such as these.

In school we memorize thousands of facts, and every day we swim in a sea of facts in which we live and move and have our being.  Facts about sports games and facts about what celebrities have done; facts that are crucial, and facts that are trivial.

We may sometimes rightly wonder about the relevance of these facts.  When I was a teacher, my students were constantly asking  – whether about algebra or history, and sometimes even the Bible – “Why is this important?”  “Why should I care?”  “So what?”

Some facts, such as how to find the second derivative in calculus are not very relevant to most of us.  Others may be relatively important: what your name is; matches ignite when lit; and particularly important: the anniversary of your wedding.

That fact is the fact that Jesus Christ, the Son of God, resurrected from the dead 2000 years ago.

Easter is, first of all, a fact.  It is a recorded fact of history as certain as, if not more certain than, any event in ancient history.  There are more manuscripts confirming the New Testament account of the Resurrection of Jesus Christ than for any other writing of the ancient world.

Many people, especially since the 19th century, have attempted to deny that the Resurrection of Jesus Christ is a historical fact.  Some say that Jesus only swooned on the Cross; others say that the disciples conspired to make up the story of Jesus resurrecting, when they knew full well He hadn’t; still others say it was all a hallucination.  But none of these theories holds water: there are simply too many facts the Gospels record to establish the Resurrection as a real, historical, fact.

The fact of the Resurrection of Jesus Christ separates Christians from everyone else in the world.  Every other religion, every system of atheism denies this undeniable fact: that Jesus Christ rose from the dead.  But it is belief in this fact that indeed makes us Christians and has life-changing implications for all.

“So what?”  “Why do I need to know this?”  Isn’t this the question we all ask of every fact that comes our way?  And we Americans are a very pragmatic people.  What good does this do me?

So why is the Resurrection relevant?  Why do we bother to celebrate Easter every year – indeed, why does the season of Easter last for several weeks?

First, The fact that Jesus rose from the dead means that His payment on the Cross for your sins was truly effective and that God the Father received it.

On Good Friday on the Cross, Jesus Christ took upon Himself the sins of the whole world.  He paid the penalty for every sin that has ever been committed.  But what good would it have done if He had remained in the grave – able to take on our sins, but unable to save Himself?  The Cross and the Resurrection go hand in hand.  They work together and are without power without each other.

It is another relevant fact that we will all die.  Our bodies will one day wear out and cease to exist in their present forms.  The wages or reward for sin is not merely the death of the body but the death of the soul.  The just punishment for a life of sin and rebellion against our God and Creator is separation from God and eternal death in the flames of Hell.

But thanks be to God that on Easter Jesus rose from the dead and conquered sin and death for all those who believe in Him.  This is the theological relevance of Easter.

But you may still be shrugging your shoulders and saying: “So what?  This is all too abstract.”  “What does all of this have to do with me?”

G.K. Chesterton, in his book Orthodoxy, once imagined someone asking an intelligent man “Why do you prefer civilization to savagery?”  To which Chesterton’s man would have trouble responding.  He would look wildly around at object after object and would only be able to answer vaguely: “Why  . . . there is that bookcase . . . and pianos . . . and policemen . . . .”

In a similar way, if someone were to ask me why Easter is relevant, why it’s important to Christians that Christ rose from the dead, I might stumble over myself trying to list all the reasons.  As Chesterton said, when one is really convinced of something, everything seems to prove it.

So what difference does Easter make to you?

First, Jesus conquered sin and death, not merely in general or in the abstract: He conquered your sins and death in you.  Jesus doesn’t save people hypothetically: He saves them really, in the flesh, and for all eternity.  The penalty for your sins has been paid.  Christ conquered your sins by rising from the dead.

Jesus Christ has not conquered a mere figure of speech: He has conquered death in you as an individual person.  By the fact of His Resurrection, He has purchased for you eternal life.  Though your present body will one day die, if you have faith in Jesus Christ, if you lay hold of the power of His Resurrection by believing in Him and living for Him, then He holds out for you the promise of eternal life.

The second very personal way in which the Resurrection of Jesus Christ is relevant and meaningful to you, then, is that through it sin and death in your life have not only been conquered but you also have the gift of eternal life.

Just as it would not have been enough for Jesus to have died on the Cross, never to have risen again, it is not enough that God tells us that our sins are forgiven and that Death in general has been conquered.  God must also make this real to each one of us in our lives.  God makes this very real to us because He has promised that if Jesus Christ rose from the dead, then we who truly believe will also certainly rise again.

The Resurrection, and our celebration of it in Easter, is therefore not only about Jesus Christ 2000 years ago: it applies to everyone who truly believes in Him, and it applies starting today.  Beginning today, this day of Resurrection, we all have life everlasting, for we have been promised a Resurrection.  Your resurrection is not a deception, it’s not a hallucination, and it’s not a myth.  It is a fact as certain as the fact of the Resurrection of our Lord.

“For you are dead, and your life is hidden with Christ in God.  When Christ, who is our life, shall appear, then you also shall appear with Him in glory” (Colossians 3:3)

Did you catch that?  Your life is hidden with Christ . . .  Christ is your life.”  Your entire life, whether you realize it or not, is tied up in His life.  All your dreams, all your hopes, all your aspirations ought to acknowledge the Lord who died for you . . . the Lord who is your very life.

The Resurrection means that you have a life full of meaning.  It is one of the ultimate facts of your existence, to which everything else relates and must be submitted.  Do you go about your daily tasks each day, as if nothing of relevance happened to Jesus after the Crucifixion?  Do you seem to have a dull life in which you are on your own, filling up your days with routine activity and simply waiting for the dull sentence of death to be passed upon you?

I don’t know about you, but I want a life that is so full of meaning that it gushes out spontaneously to all those around me.

I want a life that counts for something, and I want to know that when all is said and done, when I leave this world, that it was all worthwhile.

I want desperately to be part of something larger than myself, something much more beautiful and glorious . . .  more immense and more eternal.

I want to live forever and to have life more abundantly.

And I don’t think that I’m alone in wanting these things.

Our lives are filled with a vast multitude of facts.  But the Resurrection of Jesus Christ is the most significant and relevant fact in your life.

Prayer:  “O God, Who for our redemption didst give Thine only begotten Son to the death of the Cross, and by His glorious resurrection hast delivered us from the power of the enemy: Grant us so to die daily unto sin, that we may evermore live with Him in the joy of His resurrection; through the same Thy Son Christ our Lord, Who liveth and reigneth with Thee and the Holy Spirit, one God, now and forever. Amen.”

Point for Meditation:  Look for ways to remember the Resurrection today: the waking of your body from sleep; the rising of the sun; the return of Spring; the life of flowers and animals; the presence of the saints in your life.

Resolution:  I resolve to rejoice today, because Christ is risen from the dead and I am risen with Him. 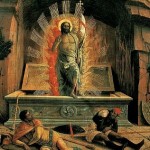 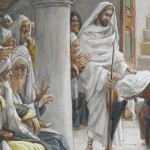 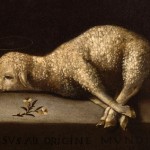 Evangelical
Luke 22:1-13 - Christ the Passover
Give Us This Day

Evangelical
Luke 20:27-40 - Every Day is Easter
Give Us This Day
TRENDING AT PATHEOS Evangelical