How to Find Rest 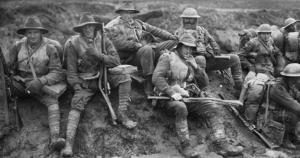 Having chronic fatigue, I can definitely relate to rest.  It makes me tired just to think about it.  And yet what a heavenly concept!

Unfortunately, we are a culture and a people who can find no rest.

Despite having more leisure than most people have had and despite having labor-saving devices, our lives are ones of constant activity.  But unlike God, we can’t always find rest by being able to say what we have done with all of this activity “is good.”  We’re not settled in a particular place but have instead become modern nomads. The average American moves or “migrates” every 5 years, a statistic that speaks of a culture that knows no rest.

We do find rest from our labors.  We have plenty of leisure, and yet curiously this does not lead to true rest.  The average American spends 4 hours watching TV per day (they say, though this number seems high): obviously we have leisure time – but it has not produced rest.

Especially, we are a people who find no rest for our souls, and people everywhere are looking for a community to settle down in.  We seek help from therapists from the bad habits, behaviors, and relationships that plague us and give us no rest.  And we have become spiritual consumers, Shopping for God in the supermarket of religion – but finding no rest for our souls

And yet God desires, promises, rest for His people.  And that is God’s message for you this morning: that in this life where something is obviously missing, God offers you true rest – in Him.

For most of the time from Adam to Malachi, God’s people were sojourners, in exile, or under the hand of their enemies.  It began in the Garden of Eden.  Though God created a Paradise for mankind in Chapters 1 and 2 of Genesis, it only takes man until Chapter 3 to sin and Fall and to be kicked out of God’s perfect garden.

Righteous Noah comes along, it’s true, but he is one of only 8 people saved because mankind was so corrupt.  Abraham was given the Promised Land, but his heirs had to flee to Egypt, of all places.  The people do enter the Promised Land, but not until the unfaithful generation of the Exodus all dies out, except Joshua and Caleb: even the great Moses is not allowed to enter into the rest of the Promised Land

Israel was at constant war, trying to subdue the Canaanites, all through the period of the judges, through the kingship of Saul and David.  It was not until Solomon became king that there was finally peace.  And the generation after Solomon, because of the foolishness of the son of the wisest man in the world, the kingdom is torn in two, never to become one again.

Israel and Judah are both carried away into exile.  Israel is never heard from again, and only a small remnant of Judah returns to the Promised Land.  The Old Testament ends with God’s promises to His people unfulfilled; it ends without the Messiah.  The Old Covenant ends, therefore, without a true Rest for the people of God

Sometimes, 2000 years after Jesus Christ has come, after 2000 years of the activity of the Holy Spirit in the Church, we feel just as restless and without peace as the Israelites.  Who among us hasn’t felt that sometimes life is this impersonal force that bears down on us, oppressing us, offering no rest?  How often do we get caught up in the whirlwind of activity of each day, staggering and panting to reach the end of it?  How often do we come to the end of each day and ask ourselves – “What was today really about?  I know I did lots of things, but what happened that I can find rest in?”

Or we say that we’ve given our lives to Christ, and yet in our inmost heart of hearts, our Holy of Holies, we know no rest, and we feel as if something is missing.  And if this is true for us, we can only imagine the utter lack of rest that others, who are not Christians, are experiencing.

Think of the characters in the movies: they are always moving, always trading out relationships, always going from thing to thing to try to fill their lives.  But they don’t know how to find true rest.

God, of course, kept His promises to Israel, and there was some degree of rest for the people of God.  But it was never the Promised Land itself that could give rest; it was never the mere fact of being Israel, the chosen people of God, that could give rest.  Something even more fundamental and powerful was needed, and that something was God Himself who was the Rest of Israel.

There are moments even in Old Covenant when God does give His people rest, because God is with His people.  In Exodus 33, God promises Moses rest, at just the moment Moses most needed it. Israel was on the move.  They had just left Egypt and were going through the wilderness, en route to the Promised Land.  Moses had just been given the Law; he found the people in rebellion with their golden calf; and now God had given the signal that it was time to move again, to the land that God has promised Abraham.  God promised to send His Angel before Moses but says that He Himself will not go up, lest He consume Israel on the way, because they are so stiff-necked.  Moses and the people were rightly fearful at this, and the people cry out – Moses most of all.

In Exodus 33:12 – Moses cries: “But you have not let me know whom you will send with me!”   “If I have found grace in your sight, show me your way that I may find grace in your sight!”  And God responds by giving Moses – and to us – the secret of how to find true Rest and true contentment in life, regardless of our circumstances.

Do you want to find Rest in this life – and the next?

Then hear what God has to say: “My Presence will go with you, and I will give you Rest.”

God Himself is to be your rest – and nothing else.  Whatever else in life leads to true rest – it will come from God’s gracious hand.  As Jesus says: “seek ye first the Kingdom of God, and all these things shall be added unto you” – and, “Come unto me, all that are heavy laden, and I will refresh you.”

Hebrews 4:1-2 says: “Therefore, since a promise remains of entertaining His rest, let us fear lest any of you seem to have come short of it.  For indeed the gospel was preached to us as well as to them; but the word which they heard did not profit them, not being mixed with faith in those who heard it.”  It’s not enough even to come to Church or to hear the gospel: we must find God Himself in the Church and in His Word.

Hebrews 4:9 says: “There remains therefore a rest for the people of God,” and this is nothing other than God Himself.

Hear Hebrews 4:1-2 again: “Therefore, since a promise remains of entertaining His rest, let us fear lest any of you seem to have come short of it.  For indeed the gospel was preached to us as well as to them; but the word which they heard did not profit them, not being mixed with faith in those who heard it.”

Whatever causes trouble in your life, seek God and find your rest in Him.  For He is your loving heavenly Father who has sent His loving Son and the Holy Spirit who is the Comforter.

Prayer:  Father, allow me to enter into the Rest that Your Holy Son, Jesus, accomplished for me, proving it by His sitting at Your right hand.  Help me to lose myself that I might find You, and finding You, find Rest.  In prayer and praise, in Word and Sacrament, in sacrifice and service, may I learn to participate in Your comings and goings in my life and enter into the promise of Your rest in glory.  Amen.

Resolution:  I resolve to seek God’s Rest today through at least one practical means.

January 3, 2016 Apostasy
Recent Comments
1 Comment | Leave a Comment
Browse Our Archives
get the latest from
Give Us This Day
Sign up for our newsletter
POPULAR AT PATHEOS Evangelical
1

7 Good Bible Verses For Our...
Christian Crier
Related posts from Give Us This Day