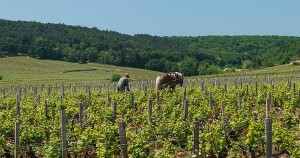 Thank God I’m not like the Jews who rejected Him time and time again and even rejected His Son!

But what if I have been like the Jews?  Unless we believe the Word of God is dead, this parable is spoken to me and to you as well.  One of the problems of reading the ancient texts of the Bible is in trying to figure out how it applies in our contemporary lives.  This requires not just a theological approach but a devotional one as well, such as Daily Bread is offering.

One of the great mistakes of reading the Bible is that we can let it become a source of information instead of an instrument of formation of our hearts.  In this passage, we are to listen for how we have acted like the Jews.

First, have you kept the garden that God gave you?  That garden is your life and nothing else.  You are not responsible for the world – only the part over which God has given you authority and influence.  Have you taken care of yourself – body, mind, and soul the way you should?  In what ways are you still saying “I’ll get around to that some day”? and in what ways are you saying “I’ve got more important things to do”?  Part of the garden you are to tend is all of your relationships as well, for God put is in the Garden as social creatures, to work together in His land.

Second, when God has sent His messengers to remind you to get back to work and be fruitful, how have you responded?  The most pesky and persistent messenger He sends is the voice of your own conscience.  The odds are that if you laid your head down now, closed your eyes, and got very still and quiet that it wouldn’t be too long before God spoke to you through His Spirit through your conscience and reminded you of ways in which you have not been a profitable servant.  God’s other messengers include His Word and the people He has put in your life.  When they speak and you know them to be the voice of the Master, then listen, and return to the labor of tending the garden He has given you.

Third, have you been rejecting the Son?  You haven’t rejected Him completely or you wouldn’t be bothering to read God’s Word and this devotional.  But you might still have found ways in which the Father has sent you His Son and you have not responded to Him with faith.  The Son comes through the same means I just spoke of: through the work of the Spirit in conscience, through the Body of Christ (other Christians), through His Word, through the Holy Communion, and through prayer.  When the Son stands before you in any of these ways, how are you responding?

So you see, the parable of the wicked vinedresser was really about you after all.  Praise God that He is merciful and kind and gives us so many chances to respond to His call to work in His kingdom!  Praise Him for His grace in helping us to already be faithful, small as that faithfulness might be.  And praise Him that He still entrusts His garden to us and has sent a Master Gardener to teach us!

Prayer:  Lord, give me ears to hear Your messengers whenever you send them to me.  As many times as you remind me today of how I should labor in your garden, give me the grace to respond with cheerful labor and prayer.  Forgive me for my deafness and blindness: may I receive Your Son each day to restore to me my hearing and sight so that I may be a profitable servant once again.

Resolution:  I resolve to learn one way to better tend my garden today from Jesus the Master Gardener.

May 10, 2017 Luke 20:27-40 - Every Day is Easter
Recent Comments
0 | Leave a Comment
Browse Our Archives
get the latest from
Give Us This Day
Sign up for our newsletter
POPULAR AT PATHEOS Evangelical
1

Tom Holland Asks the Right Questions...
Young Fogey
Related posts from Give Us This Day 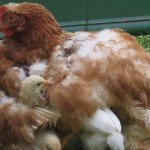 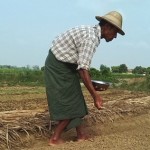 Evangelical
Luke 8:16-25 - Robin Hood in reverse
Give Us This Day 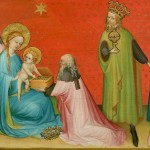 Evangelical
The Epiphany of Christ - Romans 15:8-21
Give Us This Day
TRENDING AT PATHEOS Evangelical