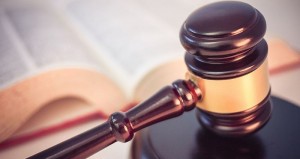 That’s the traditional complaint of the child, isn’t it?  As adults, we tell our children that life isn’t fair, expecting them to meekly accept this, while we secretly fret and fume about life not being fair in the adult world.

At stake in today’s parable from Jesus is the fairness of God.  The fairness of God is routinely assailed, even if sometimes in indirect ways.  Some directly shake the fist at God, exclaiming, “Why have you done this to me!”  Others look at the disasters they themselves have made of life and declare it unfair and that they never get any breaks.  Even among Christians, we sometimes believe that we’ve gotten the short end of the stick, even if we aren’t exactly willing to state exactly Who it is that must have given us that short end.

The truth is that if you expect a life with a 1-to-1 correspondence between what you deserve and what you get, then you’ll all be sadly disappointed.  The key to understanding all of this, of course, is in figuring out what it is, exactly, that we deserve.  One way of measuring things is to say that since we all start out equally we should all end up with the same things.  Another way of measuring would be to say that since we all don’t start out with the same things, then life, or the One who created it, must be unfair.

There is even a major movement in politics that involves the attempt to level the playing field so that all are equal.  Advocates of the forced redistribution of wealth often assume that the rich must be immoral and that the poor must be deserving.  On this basis, the powers that be attempt to make things “equal,” not only in opportunity but also in outcome, regardless of the moral choices made by those involved.

My favorite illustration of this is Kurt Vonnegut’s story, “Harrison Bergeron,” whose title character is superior in looks, intelligence, and physical strength to just about everyone else.  He is thus compelled to wear an ugly mask, headphones that blare loud noises so he can’t think, and a hundred pounds or so of weights to reduce his unfair strength.  This is the world we sometimes ask for when we so humbly proclaim life “unfair.”

I myself once fell prey to such covetous thinking.  I never really thought life was unfair, and I knew I’d been given a lot.  But I wasn’t particularly happy.  I had low self-esteem and secretly believed that I didn’t seem to measure up to everyone else.  Being an introvert, it also seemed as if the world were laughing and throwing a party but that I wasn’t invited.  I wasn’t exactly covetous of the gifts of others, but I bordered on it, because I would compare myself to others who I felt were superior in some way.  I wanted what they had, and not what God had given me.

Many of us have wished that God had made us someone else.

But He didn’t.  And the question is, “Is God unfair for making you how He made you?”

Let’s begin with a few rock solid assumptions we can make.  Number One, God is good.  Do we all believe that?  If so, then we can move to assumption Number Two, which is that God is just and fair.  He will not give you something you don’t deserve (well, almost: we’ll get to an exception in a minute).

This leaves us only with the option that we are the ones who are unfair to unjustly accuse God.  To the degree that we are dissatisfied with what “life” (meaning “God”) has given us, this is a dissatisfaction of our own making.  Remember: God is good and fair, so we really have no right to complain.  There are, it seems, two possible reasons for our dissatisfaction.  The first is the sin in our lives.  We might think life is not good because of the sins in our life that keep us from God and under the thumb of guilt.  If this is the case, we know what our response is to be: repentance.  A lot of the “misfortunes” in our lives are actually self-inflicted and are the natural consequences from foolish financial, relationship, or other choices we ourselves have made.  How can we blame God for these?

The other reason we may be unhappy about our lot in life is because we simply don’t like what we’ve been given.  Most of the time, there’s nothing wrong with what we’ve been given; it’s just that we feel entitled to more.  We’re like many American kids who are picky eaters and when they’re served certain foods or dishes they turn their noses up at them and refuse to eat them.  I’m routinely amazed by how consistently kids and teens will throw away perfectly good, even delicious, pizza crusts, all so they can eat more of the good stuff on the other end of the slice.

Actually, in our turning our noses up at what God has given us in this life as our daily bread, we’re like someone who’s starving to death but still refuses to eat the pizza crusts that are offered to him.

The issue is what we have versus what we think we are owed.  So let’s set the record straight.  If you really want to play The Fairness Game, then here goes.  What does God owe us humans?  Let’s see: having rebelled against His love and goodness, knowing that He can’t dwell with sin and that the penalty for sin is death – we deserve death from Him.  So if we want God to give us what we deserve and only what we deserve, if we really want to play the game of “That’s Not Fair!” then we can choose death.

But thank God that He doesn’t always give us what we deserve.  This is the meaning of His grace, which is commonly defined as “unmerited favor.”  In other words, God is not only good to us: He’s better to us than we deserve.  Instead of being merely “fair,” God is loving and gracious.  He gives us the good things we don’t deserve: Himself, and with Him eternal life.

Therefore, the next time your eye is evil because you think someone’s getting ahead of you or that life isn’t fair, remember what you really deserve and remember the grace and mercy of God.  Begin with the assumption that while life may not be fair, God is good, and that’s what’s truly important.

And if God is good, then you should accept what He brings into your life.  Not what your sin has brought, but what He has brought.  Even when bad things happen to you that are not a result of your sin, consider the goodness of God and His mercy to you.  Consider that He just might mean it as a way of leading you closer to Him, because that’s what He really wants.

Prayer:  Almighty God, Father of all mercies, we thine unworthy servants do give thee most humble and hearty thanks for all thy goodness and loving-kindness to us, and to all men; we bless thee for our creation, preservation, and all the blessings of this life; but above all, for thine inestimable love in the redemption of the world by our Lord Jesus Christ; for the means of grace, and for the hope of glory.  And, we beseech thee, give us that due sense of all thy mercies, that our hearts may be unfeignedly thankful, and that we show forth thy praise, not only with our lips, but in our lives; by giving up ourselves to thy service, and by walking before thee in holiness and righteousness all our days; through Jesus Christ our Lord, to whom with thee and the Holy Ghost be all honor and glory, world without end.  Amen.

Resolution:  I resolve to give thanks to God today and to not allow myself to complain. 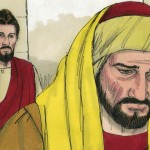 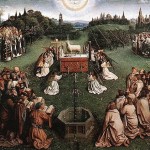 Is Racism Ignorance or Disease?
Roger E. Olson
Related posts from Give Us This Day