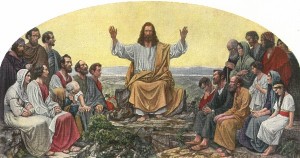 The Sermon on the Mount, as I alluded to in my commentary on Matthew 5:1-16, is Jesus’ perfect exposition of the Law.  He who gave the Law and perfectly kept it is also its most perfect interpreter.  After establishing that God’s Law will not pass away, Jesus begins to apply it in a most perfect and, therefore, most exacting way.

We would do well not to explain away or diminish the radical, revolutionary, and perfect nature of what our Lord commands.

Jesus immediately raises the bar high – way high!  “Unless your righteousness exceeds the righteousness of the scribes and Pharisees, you will by no means enter the kingdom of heaven.”  One common way on interpreting this verse and similar ones is to pick on our favorite target: the Pharisees.  You see, they were really hypocrites and very unrighteous.  They didn’t truly love God but were merely religious to make themselves feel good.

Or so goes the common myth of the Pharisees.  In this scenario, then, we’re being called to a higher standard: to more perfectly love God and not be hypocrites.

But I find that a little too reassuring, a little too easy.  It seems to diminish the force of the other things Jesus says.  What if Jesus is really saying something more radical and discomforting?

What if Jesus is saying that to enter the kingdom of heaven we have to be more righteous than the most righteous people known to the world at that time?  If this is true, then think of the implications in the mind of the first century Jewish audience of Jews.  Wouldn’t they be amazed, mystified, and eager to hear the resolution to this terrifying puzzle?

Have you ever been angry without a just cause?  Then, Jesus says, you are in danger of hell fire.  Who, then, can be saved?

I think Jesus’ point may be that our righteousness does not surpass that of the Pharisees.  In fact, it’s probably a little pharisaical to think that we are more righteous than the Pharisees.  Wasn’t that their schtick?  I think Jesus may be teaching us that we, too, are far from perfect, as even the Pharisees and scribes were not perfect enough.

It’s not about comparing ourselves to the Pharisees and keeping score so that we might be accounted more righteous.  How would you even begin to keep score at home?  Is there some calculus by which we can compute the severity of our sins?  Murder is worth so much, and anger so much less.  And then you have to make sure you multiply by the hypocrisy factor.  Don’t forget to factor in the natural abilities and environment of the sinner in question. There’s probably a degree of difficulty multiplier, just as in Olympic diving competitions.

Ultimately, Jesus reveals that only He can keep the Law.  Only He is righteous and perfectly kept the Law.  I think the ultimate teaching about the Law and righteousness is that Jesus is our righteousness and that without Him we are all lost in our sins.

There are two implications of this teaching.  First, in order to deal with our sins, we must first turn to the Righteous One of Israel.  We are unable to be more righteous than the Pharisees and scribes.  We must, by faith, unite ourselves to Him who is the Lawgiver and the Lawkeeper.

Second, God really does care about our sins, enough to send His Son to the Cross.  We, too, are supposed to care about our sins, and in Christ, we have the ability to deal with them.  In this case, God not only cares about murder, the unlawful taking of the life of one made in His image, but also its much more common cause: anger.  Anger does not work the righteousness of God but only seeks the good of the one who is angered.  To think or act in anger (with rare exceptions) is to think or act in selfishness and pride.

But God also cares about our human relationships, because they are reflections of our relationship with Him and because He cares about them in their own right.  So important are our relationships that Jesus even teaches that they are, in certain cases, more important than our worship!  If you are about to bring your gift to the altar of the Temple and remember that you are angry at your brother or not in peace with Him, then first be reconciled with your brother, even before you offer your gift.

And, therefore, when we obey the Lord’s command we also unite ourselves to Him.  To obey is to worship and without obedience our worship becomes vain ritual and ceremony.  So much is our obedience valued by the Lord that He says that whoever does His commandments and teaches them shall be called great in the Kingdom of Heaven!

All I really had to do to be great was to follow my Master and, by His grace, obey Him!

Prayer:  Father, I earnestly repent of my sins and desire to be in love and charity with my neighbors.  I intend to lead a new life, following Your commandments and walking from now on in Your holy ways.  Strengthen me by Your Son so that I may draw near to You with faith and find Your blessing.  Amen.

Resolution:  I resolve to seek Jesus today in the way He has been telling me to seek Him, that I might receive His blessing and righteousness.

public domain Sermon on the Mount 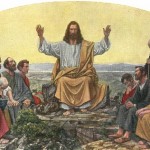 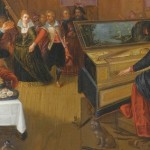 September 16, 2016 Matthew 5:27-37 - Lust and Adultery
Recent Comments
0 | Leave a Comment
Browse Our Archives
get the latest from
Give Us This Day
Sign up for our newsletter
POPULAR AT PATHEOS Evangelical
1