There are many ways to re-tell the story of Acts 12, but I’d like to tell it as a kind of a fairy tale, even though it is a true one.

The evil lord Herod knew that this was the anniversary of two of the greatest victories of True King, on the Feast of Unleavened Bread, while the True King’s subjects would be celebrating.  He had also heard before that one of the battles that the Evil King was certain he had won was soon turned into a rout for him, all because some guards couldn’t seem to do their job of keeping watch over a dead man.

But the evil lord Herod did not know about the power of the True King.  Herod had heard about such things but knew they couldn’t be true because he couldn’t see it himself.  He did not know that all of the True King’s servants were joined together in a mysterious and invisible way, and he couldn’t believe in their special speech that enabled them to speak to the True King from great distances away.  He came from a long line of evil lords who were spiritually blind and cruel men.

And so when Peter was in prison, the servants of the True King gathered together to speak to the True King and ask him that he would protect his servant Peter.  The True King heard the common speech of his subjects, even though he was not physically with them, and he sent one of his invisible messengers to release Peter.

When Peter was released, he came to the house of the servants of the True King.  The servants were amazed because even though they believed in the special speech, the True King, in his wisdom, did not always answer the way the people thought he should.  Peter then told these things to the True King’s head servant inJerusalem.

Meanwhile, when the evil lord Herod heard that Peter had escaped, he cruelly had the guards put to death.

A short time later this same evil lord Herod had a conflict with some of his subjects in the cities ofTyreandSidon.  They begged Herod for peace because the evil lord Herod was the one who supplied them with the food.  He accepted their invitation, and attended the festival in his honor.  On the second day of the festival, he put on a garment made wholly of silver, and of a truly wonderful texture, and came into the theater early in the morning.  When the sun’s ray’s shone on the silver of his garment they were illuminated by the reflection of the sun’s rays in such a surprising and resplendent manner that a horror came over those that looked intently upon him.

Herod was very pleased and began to be even more proud in his heart.  But because he tried to take all of the glory for himself, the True King, who was far more worthy and noble than either the Evil King or the evil lord, sent one of his invisible messengers to slay Herod.  This he did, causing Herod to die a terrible death over a period of five days, as his body was eaten from inside by worms.

Like all fairy tales, the reason we enjoy them is because they speak about our own real fears and hopes.  They are simple stories, in which good and evil are clearly defined, and in which the good usually prevails.  But they speak to us and remind us (more than teaching us) the things we believe to be true.

But in this life the good guys don’t always win every time.  We apparently lose some of the battles.  Christians are persecuted, tortured, and put to death, even in the “civil” 21st century.  And even those of us who aren’t directly persecuted know that we are in a spiritual battle that we often appear to be losing.

We also know the meaning of the Body of Christ and the ways in which we are to live together for Him.  And we believe in the power of prayer, especially as God’s people gather together as His Body.

Unlike other literature which we may use as escapist literature, to simply distract us from the hardships of life for a while, the Bible, and the stories of how God works in the lives of His saints, is reality literature (infinitely better than UnReality TV!)  From it, we are to be reminded of the True and Great King and His power in our lives today.

I will love thee;

and that love may never cease,

I will move thee.

Thou hast granted my request,

thou hast heard me;

thou didst note my working breast,

thou hast spared me.

Wherefore with my utmost art

I will sing thee,

and the cream of all my heart

I will bring thee.

Though my sins against me cried,

thou didst clear me;

and alone, when they replied,

thou didst hear me.

Seven whole days, not one in seven,

I will praise thee;

in my heart, though not in heaven,

I can raise thee.

Small it is, in this poor sort

1.  What story might you tell about your life today?  It might be won with apparent defeats, but it should be told with the victory of the True King in mind.

2.  In what ways do you need to be encouraged that the King is on His throne and ruling and that He hears the prayers of His people?

Resolution:  I resolve today to see my life as being lived under the power of the True and Great King, knowing that He has already won the victory.

June 19, 2012 Anglican Religious Identity and History – Part II – Act III: 1960s-1998
Recent Comments
0 | Leave a Comment
"When asked I say that being married is the hardest thing I have done in ..."
Richard Lee Matthew 19:1-15 – D-I-V-O-R-C-E
"I believe you meant #491. Thank you for your insights. You and Oswald Chambers have ..."
Richard Lee Matthew 18:15-35 – The Power of ..."
"Anglicanism is an incoherent dog's breakfast in other words, where the contending parties can agree ..."
tolpuddle1 The 1-Sentence Definition of Anglicanism
"My experience of the Episcopal Church (America's version of Anglican) left me with the sense ..."
Randy Thompson How would you define Anglicanism?
Browse Our Archives
get the latest from
Give Us This Day
Sign up for our newsletter
POPULAR AT PATHEOS Evangelical
1

On the Pope's Endorsement of Same-Sex...
Cranach
Related posts from Give Us This Day 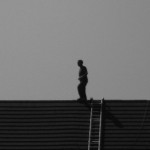 Evangelical
Matthew 10:16-31 - Preaching from the Rooftops
Give Us This Day 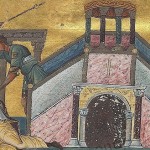 Evangelical
Matthew 5:38-48 - Love is the strongest thing...
Give Us This Day