Yes. You read that correctly. Disciplining instead of discipling. I had an experience with this concept some years ago when I was a Youth Minister in a congregation in North Carolina. We read a passage from the New Testament that says, “among them are Hymenaeus and Alexander whom I turned over to Satan, so that they may learn not to blaspheme.” (1 Timothy 1:20) The leader then discussed the context of the passage. But the youth group asked, “These two guys were kicked out of Church?”

It is as strange today to consider the idea of excommunication, shunning,  or “withdrawal of fellowship.” In a time when churches want more members, it seems bizarre to tell someone who wishes to be a part of the fellowship they can’t.

A friend once said, “I am more concerned about discipleship and not membership.” I agree. Churches have the right to hold members accountable for the things they do. It is important for sustaining the congregation. Any person wishing to follow Jesus as a member of the body of Christ must conform to the teachings of Christ. “You can go your own way,” sums up the issue in a land of religious freedom. Just like in ancient Rome, a person is not going to be tortured or censured for violating the discipline of a church.

The senior Minister of the church where I served in that time told me the purpose of “withdrawing fellowship” was for areas of “gross sin.” The example from 1 Corinthians 5 of the man in an incestuous relationship with “his father’s wife” was cited as an example.

The arguments against this practice are summed up by saying, “what about all the other sins?” Should a person be removed from fellowship or denied Holy Communion for greed, lust, and wrath? Honestly. I probably would withhold the sacrament from a person who said, “I have this problem,” until we talked it out.

The other argument is “didn’t Jesus accept everyone?” Ask the rich young ruler. Jesus loved everyone according to the New Testament. But he rebuked those among his disciples who violated his direction. Some wanted other people destroyed for not welcoming them. (Luke 9:54)

I Gave My Heart

The greatest violation of church discipline is summed up in these words, “I gave my heart to Jesus.” The problem often is the person gave nothing else. We used to joke that people are baptized with their wallets on the side of the pool. The issue isn’t the wallet. The issue is self. Many people believe “giving their heart” means giving Jesus their good intentions. For many church leaders, it is enough.

James the brother of Jesus urged disciplining on this matter too. “If a brother or sister is naked and lacks daily food, and one of you says to them, ‘Go in peace, keep warm and eat your fill,’ and yet you do not supply their bodily needs, what is the good of that? So faith by itself, if it has no works is dead.” (James 1:15-17) To claim good intentions is simply not enough.

The United Methodist Church has its’ Book of Discipline. If nothing else can be said about Church life, we can claim to have a codified discipline. I have failed in keeping that Discipline. Most of us do. Congregations fail at keeping it too. But, I have noticed, people do the same with the New Testament.  We lose a great deal of who we wish to be when we deny it. Churches should discipline as well as Disciple.

We all know where it goes wrong too.

Churches think about keeping what we have and wanting more. We want new buildings and stuff that happens in them. Truthfully, we aren’t able to do our ministries in this world without a place from which to work. People often ask me, “why do churches need buildings and budgets?” I get the question. We all want sanctuary from the world outside in the faith community. We do not fit the ideal. It is because we don’t fit an ideal that we must work to discipline our churches.

Pastors are guilty of finding people who are place holders to serve in leadership. But what happens when people are not suited to their roles? I have had people in leadership who were unfit for their positions. No one else would take the job they held. They were people who would never learn from Scripture or the Discipline. But would somehow claim their position on an issue from both.

The Trap of Disciplining

God is silent on how we should work with such people. Pastors are leaving in droves. But lay church leaders are as puzzled as to why as they are about people who avoid their churches. The two issues are related. No one responds to Church discipline unless it confirms their prejudice. Denominational leaders cannot figure this out. Looking back, I think I should have brought charges against some lay people. I would have lost, of course. But a conversation would have begun. 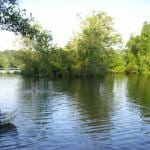 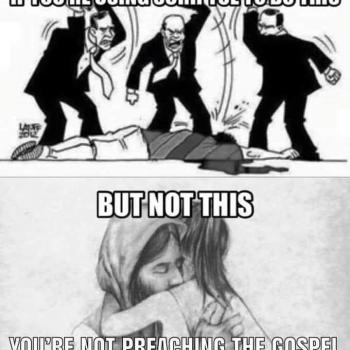 Religious Trauma: It's a Real Thing!
A while ago I was at a Bookstore in Des Moines and...
view all Progressive Christian blogs