The Cult of Death, Qanon, and Trumpism

Once again the followers of Q gathered for The Storm. Once again it didn’t happen. Why do they persist? Good question. Why does any death cult flourish? Because the members devote themselves to something that is very powerful. That very powerful thing is…their opinion of themselves. How many times have you tried reasoning with someone only to hear in response, “My mind is made up?” This time around it is “I did my own research.” Too often those who try to reason focus on the wrong parts of those statements. Reason seeks for a reason. It does not look for claims of ownership.

The Q cult is a success. We must admit that. It holds amorphous moral values. The cult allows members to feel they are in possession of the Truth. The Leader principle is held onto. It appeals to every resentment held my the members. Like all death cults, Q anon nurtures those resentments. They are the true reasons to believe. And the cult gives it’s members a means to appear selfless to themselves. All that is needed is someone to keep stirring up the members.

The gathering in Dallas and the Capitol insurrection involve people who see themselves as heroes. They are soldiers in the moral culture war. I am not a soldier, a warrior, a general, or a part of a moral police force. My opposition to evil will not be played out like Peter swinging his sword at Malchus.

Cult of the Leader

Death cults take absolutist moral stands. The Leader Principle is a part of that. “I stand with…” is a means of suspending critical thought. Trumpism grew up from resentment. Donald Trump was not elected by claiming the people would be considered first. He was elected claiming American citizens would be put first. Foreigners, illegal immigrants, and people who were not “true Americans” would finally be put at the back of the line. White middle and working class resentment would be blessed for the sake of the Leader – “They are not coming after me. They are coming after you.” The resentment was enshrined.

The problem is that resentment is not simply misplaced anger. The anger of Americans is legitimate. We are legitimately angry to pay taxes and receive little to no service. Americans are angry to see health insurance rates continue to climb while health service declines. But wealthy white Americans control the information sources making middle and working class people believe the money is going to non-citizens. It is actually going to certain citizens.

The resentment is not based in reality. It is against people that are not the cause of  the problem. Addiction counseling deals with this problem of resentment if it is effective. Resentment is based in unfounded fears. The future is scary when you imagine the worst outcomes. Bad things happened to the resentful person in the past. But they have a distorted memory of them. Getting the patient to deal with the problem without the distortion is difficult. It is necessary, though, to overcome the fear in the future.

The cult leader, in this case either Trump or Q, is viewed as the sole possessor of truth and protector. By appealing to the resentment of people, the leader is perceived as understanding us. An interesting thing happened in Alabama a few months ago. Trump told his audience to take the vaccine. Many in the crowd booed him for it. He backpedaled quickly and said, “You have to protect your freedom.” He remains the leader even in disagreement.

Death cult members believe they possess the truth – the absolute truth. They share it with the leader. The truth is the connection to the leader. Persuasion by the leader is not always easy. But so long as the believer holds the resentment, the leader will remain.

The rest of the world become “sheep” who follow blindly. It is the a peculiar manifestation of the delusion to place on everyone else the failure one is committing. Why? Because, as I said before, it is the overblown view of themselves that makes the death cult effective. Such people are willing to believe and do anything to make themselves feel powerful. Until we acknowledge that, we will be helplessly trying to cure delusion. 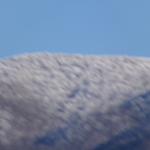 A spy in the house of...
slacktivist
Related posts from Glorious Life

Progressive Christian
Arguing With The Obstinate or Having Puking Contests...
Glorious Life

Is Christ a Sacrifice or a Survivor? How...
Churches, faith leaders, and Christ-followers must unlearn the violence-acceptance beliefs that have...
view all Progressive Christian blogs
Copyright 2008-2021, Patheos. All rights reserved.