Hiking, running, and walking are not real to me unless I go uphill at some point. To be honest, I do not run anymore. But I still hike and walk. Sometimes, it is even fun. The ever-increasing arthritis in my knees makes going down hills harder than going up them. Going up hills used to be more difficult though. I would stop for short breaks. Now I rarely ever do that. Some time ago, and I am not sure when, I decided it was better to move, keep the feet going, put my head down, and get it done. At the top of the hill, there may be a view worth the effort. If not that, then I could always look back down the trail seeing how far I climbed.

The friend of my son asked to go hiking with us. They were both very young at the time. I agreed. When we climbed hills, I waited at the top for them. My son’s friend remarked to my son, “He walks… fast up there… and turns around… smiling.” He had to pause for breath during his speech.

Walking uphill is always a struggle. If I walked with my son’s marching band, I often found myself getting too close into the ranks of the band members. It is a wonder I was never hit with a twirling flag. But it was not just a struggle. I approach hills like I am fighting them. Once I won the fight I would smile, satisfied with myself after accomplishing something any wild animal would consider a casual stroll.

The question is why go about it the way I do? It is walking. Except for the time I first tried it, walking is not a major achievement for me. Why view it as a struggle to gain self-satisfaction? Or is it to receive admiration for accomplishing what others do not believe to be possible.

“I was glad when they said to me, Let us go to the house of the LORD.” (Psalm 122:1) “Many peoples shall come and say, ‘Come let us go up to the mountain of the LORD, to the house of the God of Jacob; that he may teach us his ways and that we may walk in his paths.'” (Isaiah 2:3) The “Song of Ascents” (Psalm 122) gives the picture of being invited to the Temple. But Isaiah talks people being invited to climb the mountain to the Temple. Does the prophet mean there is a struggle involved? Or does Isaiah simply use going up to say what the Lord teaches will come down?

What does the invitation imply in both cases? Welcome is offered. But what must be done to achieve it? Is there a reward for climbing to the House of the God of Jacob? If the season of Advent is about anything, it is about salvation. Is salvation an achievement or a reward?

Salvation to us is really about the invitation. One can argue a person should climb the hill as fast as they can to get to where one is going. But is anyone being left back? Kathryn has a harder time getting up the hills now. She will stop and rest. Then, because I am frustrated in my climb, she apologizes. I remember then we started the walk together. And her pace on level areas is faster than mine. But still she slows to walk with me. Both my son and his friend, could not keep up going uphill. Was I standing on the top inviting them up? Or was I looking down on them?

The invitation is what our salvation means. We are invited to climb the hill with the one who asks. That people who invited us do not go ahead of us. Rather, we encourage each other as we climb. Walking uphill is not supposed to be easy. But it is not meant to be possible for only some people. Neither walking, hiking, nor running are meant to hurt. The uphill climb is meant to heal and restore. For too many years, I have looked for a reward that only causes me harm. 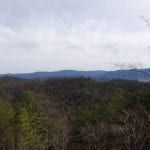 Pluralism For Me but Not For Thee
The next bogeyman the leaders of the white fundamentalist-evangelical world are ready...
view all Progressive Christian blogs