Both of these perspectives always struck me as terribly egocentric, even when I was a kid.  Standing out there on that balcony, looking up at the stars, I usually felt something totally different:  I felt my own smallness, my own insignificance.  Far from being the center of the universe, I am actually just one organism living amidst billions of others (or is it trillions?) on one small planet in one small solar system in one galaxy among billions of others (or is it trillions?).  My coming and going will make little difference in the vast scheme of things.  That’s what a starry night tells me.  And you know what?  There’s something unexpectedly calming about that.  It’s strangely comforting to have your mind snapped back into reality from time to time because it helps you deal with the world as it really is, rather than as you wish it would be.  It puts things in perspective for me.

Nowadays I find when things get stressful and cloudy inside my own head, I can step outside on a clear night and lie down on the hood of my car, gazing up at the stars.  The quiet vastness of it all grounds me, ironically, reminding me of how things are.  To get to that mental place, you almost have to go outside, away from all the buildings, the clamoring conversations, demands, calendars, and computers.  Out there you find a world that keeps spinning, keeps living, keeps growing, even without human ingenuity to keep it going.  Life goes on and Nature keeps doing what it does regardless of what we do to change it for our own purposes.  In particular, the stars themselves stand there, burning their fires and shining their billion-year old light towards us, telling us that the universe is a really big place.  That makes me infinitesimally small by comparison, but it helps me to know my problems aren’t so big in the vast scheme of things.  And the expansive silent emptiness of space also reminds me that there’s not someone “up there” pulling the strings to make certain things happen “down here.”  Down here is where everything happens, and that’s where our minds need to be.

We need to be reminded of that so that we can get on with our lives and quit waiting around for someone else to save us or make our lives go the way we think they should go.  It’s not gonna happen.  The sooner we realize that the better.  Life is short, and there are no do-overs.  So this one life we have is suddenly worth so much more.  It’s so precious because of its limited nature.  Maybe this just strikes you as a depressing thought, but it inspires me to find all the meaning and value I can in the here and now.  I want to make the most of this life now because I believe it is the only one we will get.  It makes me take responsibility for what’s going on in my life instead of shrugging my shoulders as if to say, “Oh, well.  Que sera sera.”  This is a healthier approach to life and its challenges because it forces you to face things squarely, more directly.  It makes you less inclined to stick your head in the sand (which is a recurring temptation of mine) and deal with what’s in front of you with all you’ve got. 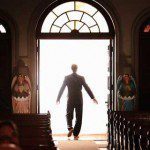 April 30, 2013 Losing My Religion (pt. 1)
Recent Comments
4 Comments | Leave a Comment
Browse Our Archives
get the latest updates from
Godless in Dixie
and the Patheos
Nonreligious
Channel
POPULAR AT PATHEOS Nonreligious
1