Why I Keep Talking to People Who Won’t Listen

Why I Keep Talking to People Who Won’t Listen December 14, 2013 Neil Carter 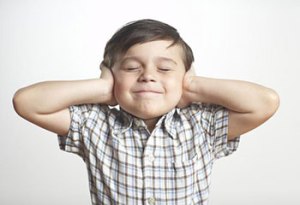 Like most skeptics, I go back and forth between a willingness to engage religious people in conversation about matters over which we disagree and complete exasperation with their inability (or else refusal) to see things from any perspective but their own. Some days I have seemingly endless patience for it; other days I’m ready to start flipping tables and plucking out my own hairs one by one. Some days even I can’t resist trolling the deliberately obtuse. But most days I keep talking to them. I keep engaging them in further conversation, despite hearing my friends tell me “Give it up, man. They’re never gonna listen.” They’re not entirely wrong, I’ll admit that. So why do I keep jumping in? I have my own reasons, and I’ll get to them shortly. But first let me address a couple of things that I already know some of you will bring up.

First of all, I must clarify that by “religious people” I mean those people whose religious beliefs override all other faculties of reason. For them, dogma always trumps logic. Not all people who subscribe to a belief in invisible spirits, an afterlife, or just “Something Out There” fall into that category. Some theists, for example, will concede that their holy book is wrong whenever it contradicts reason, science, or basic humanitarian ethics. Those aren’t the people I’m talking about. The people I’m labeling “religious” here are those who will not allow good sense to dissuade them from what they were taught to believe, no matter what. Two things I know about identifying these people are: 1) Naturally, nobody thinks he belongs to this group (ever heard of the Dunning-Kruger effect?), and 2) The quickest litmus test for this among Christians is to gauge their stance on the infallibility of the Bible. It is irrational to believe that a book written by imperfect people can be perfect, especially when it is demonstrably replete with errors and inconsistencies (“I am offended! Show me these alleged ‘errors’ immediately!”). So that issue makes for a fast diagnostic test that works most of the time. Of course, intelligence is compartmental, so even this test has its flaws. But my response (and my willingness to stay engaged in conversation) will depend upon where in the spectrum of rationality my conversational partner falls.

Second, I must point out how quick some are to charge me with hypocrisy when I accuse people of refusing to see things from another’s perspective. “You atheists do this too!” they insist. We call this the tu quoque argument, which is yet another form of changing the subject from one topic to another. But that aside, I disagree with this claim. While I cannot speak for those who have never belonged to a religion, I can say that those of us who spent years in the evangelical world know what we’re talking about. We were once insiders ourselves, so we speak of their “worldview” from first-hand experience—something they themselves typically cannot do in return. Most evangelical Christians have never inhabited my mental world, while I spent many years in theirs. I find that even those who market themselves as “former atheists” demonstrate a frustrating lack of familiarity with the perspectives of non-theists. They repeatedly say things which few atheists I know would ever say, leading me to suspect that they spent little time in their earlier years really thinking through things from that perspective. Far be it from me to name any names here, so I’ll just leave it up to you to figure out who those people are.

Back to my original question: Why do I keep engaging people in conversations about these things when I know from experience that so many of them adhere to beliefs which prevent them from even devoting a second to seeing things from my point of view? I know good and well how that works. You are taught to fear the influence of a nebulous, nefarious bogeyman who infiltrates minds through “deceptive philosophy” so that refusing to consider the other’s perspective becomes an act of devotion to God. Disallowing yourself from going down that mental path even for a second is an act of worship. With such a set of values in place, why do I even bother? I won’t try to convince you or anyone else that it’s worth your time to do this; I’m only going to explain why I can’t seem to give it up. I can think of five reasons:

1. Because I’m an educator by profession, and I can’t resist the urge to make people think and question and defend what they believe. In short, it’s my job. I teach critical thinking skills for a living (despite what some of my previous supervisors seem to think I was supposed to be doing). Like most teachers, I am quite accustomed to the inevitable resistance put up by minds that don’t want to change. I’m not easily deterred by such. If I were, I’d be a crummy teacher.

2. Because while minds don’t change overnight (much less during the course of one conversation), you can plant seeds of doubt which in time grow into full-fledged skepticism. You never know when something you say may help someone process their own thoughts more objectively in the future. The important thing is not to rush things. You can’t expect a complete mind change right away. You have to be very patient, and if that’s not your thing, then maybe you shouldn’t be having too many of these conversations. If you snap on people easily, maybe do us all a favor and find a different hobby.

3. Because some people are “fencesitters” or are still in transition out of a dogmatic ideology, so they benefit from listening in on these conversations. I’ve said before that when you convert to Christianity they often bombard you with indoctrination, offering orientation classes and specially-made literature sporting titles like “Now That You’re a Christian,” but when you deconvert there are no such helps available. Because those who leave their faith often do so alone, they do not immediately have a group to turn to which can help them work through the issues and implications of this transition. For some, seeing these debates and arguments may be a necessary part of clearing their own heads.

4. Because sometimes it’s just fun, okay? If you’re a person who enjoys thinking through things, then bouncing thoughts back and forth with another person can be an enjoyable activity in itself, regardless of the outcome. It’s like a sport for the mind. People who enjoy fencing or boxing or chess do what they do because it’s fun. Oh sure, some have to win in order to enjoy themselves, but I’m not one of those people (which is good because debates rarely ever have a clear “winner” despite the fact that both sides often claim it’s them). I can thoroughly enjoy the volley of a good ping-pong match (yes, I know I’m a nerd) regardless of whether I win or lose. The game itself is fun, just for the sport of it (Seriously though, you should see the way I play ping-pong. Injuries are not uncommon).

5. Because even if their minds never change, reasoning with them helps me process my own thoughts so I can root out and eliminate the many pockets of irrationality still left in my own thinking. This, to me, is the most important reason of all. I am still in process. I always will be. I always hope that I will know more ten years from now than I do today. That will not happen if I ever conclude that “I’ve arrived” and know it all now. Just because I’ve learned to value rationality over religious dogma doesn’t mean I can’t fall for delusions of my own making. As a human animal, I will always be susceptible to uncritically accepting unsubstantiated claims. That is why I need these conversations. Learning to pick apart the many ways we all cling to poorly-reasoned ideas helps me avoid gathering new delusions.

A friend of mine has for many years tried to care for both a mother and a sister who have schizophrenia. Her task is difficult for so many reasons, and I’m sure it takes a lot out of her at times. But it has helped to make her a preeminently realistic woman who knows how to combat irrational delusions with tact and precision. Deconverting from a religion is kind of like that, except the delusional one was me at an earlier age. Now I am tasked with recognizing whenever the old me raises his fuzzy head and grabs hold of an irrational belief so that I can try to talk some sense into that guy. I imagine I’ll be doing that the rest of my life, particularly when it comes to the self-loathing and self-deprecation which I learned so well as an evangelical Christian. Engaging in these conversations helps me do that. It helps me confront irrationality in myself.

These are the reasons I keep having these conversations. I’m not saying you should, too. I’m only telling you why I keep at it, even when the responses I get are mind-numbingly superficial and poorly reasoned. It’s not for everybody, and it takes a lot of patience. But I still enjoy it, most of the time. Except when I don’t. Sometimes the rudeness and callousness becomes too much (You should see the stuff they tell me!). Sometimes my buttons get pushed, too, and I resort to trolling because I’ve had enough. But I always get over it and jump right back into these conversations. The bottom line for me is always: Which kind of person is this? Can they listen to reason? Can they carry on a conversation without resorting to either insults or just quoting verses? If they can manage to talk to me like I’m a human being worthy of basic respect, we can have a conversation. If they can’t, I’m moving on. Ain’t nobody got time for that.

December 19, 2013 You Forgot to Take Up Your Cross
Recent Comments
25 Comments | Leave a Comment
Browse Our Archives
get the latest from
Godless in Dixie
Sign up for our newsletter
POPULAR AT PATHEOS Nonreligious
1