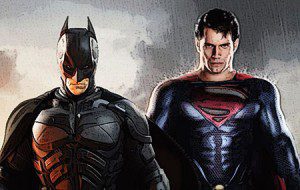 Have you ever considered why Batman has to wear protective armor but Superman doesn’t?  The reason is obvious, of course:  Bruce Wayne is a fragile human being while Kal-El is impervious and virtually indestructible.  One requires special protection while the other does not.  Furthermore, you can tell which areas are the most important (and the most vulnerable) by noting where the strongest armor is situated (e.g. the cranium).

The same protection principle applies to scenarios in movies and video games.  You can always tell that you’re nearing the lair of “the boss” by the sheer number of guards surrounding that particular location.  If I were wandering through the woods and saw that a lowly log cabin were heavily guarded by surface-to-air missiles, tanks, and several dozen troops, I’d conclude something important and valuable hides away there which is vulnerable to attack.  You don’t surround something indestructible with high-powered defense mechanisms.  That would be a terrible waste of resources.

Which is why certain religious belief systems surround themselves with a whole host of defense mechanisms, diversionary tactics, and camouflage.  The very presence of those defenses indicates that something fragile and vulnerable to attack lies behind those defenses.  Greta Christina has already written persuasively about the many protective layers of religion but I would like to note one in particular which used to trip me up—at least until I finally saw it for what it was.  It generally falls under the heading of Changing the Subject.

In the formal study of logic, there are several types of diversionary tactics with their own Latin names.  Each of them attempts to draw attention away from the issue under discussion by changing the subject to something else—preferably something which evokes enough emotion to make the responder forget what was being discussed in the first place.  But this is a defense mechanism.  It is not dealing directly with the issue at hand.  In effect, it signals that the arguer is so insecure in defending his position that a distraction must be used to draw fire away from the point of greatest vulnerability.  It’s something akin to throwing a rock over to the side in hopes that a threatening animal will look away long enough for you to flee.

The most popular diversionary tactic used toward atheists is the ad hominem attack.  It says “Your argument is invalid because you are a bad/wicked/sinful person.” That’s actually a very poor argument, and it’s a total change of subject.  But it’s very effective because it draws attention away from what really matters:  The validity or veracity of whatever we’re discussing at the time.  Another subcategory of this fallacy is the appeal to motive, which says “Your argument is invalid because your motives are impure.”  This one in particular used to get me off the subject until it finally occurred to me what’s happening here.

Back when I first “came out” to my friends about my atheism, they were pretty critical of me.  I wrote them a letter which in turn prompted a slew of questions which I tried my best to answer in a second, longer letter.  This was not enough for them, either, so one of them staged an intervention of sorts which took up about 10 hours one Friday.  During that all-day question-and-answer session, I was interrogated about dozens of things ranging from the philosophical and scientific (“How can something come from nothing?” and “If we evolved from monkeys then why are there still monkeys?”) to the very personal (“How often do you look at porn?” and “Do you struggle with masturbation?”).  The most common accusation which emerged from that all-day event (and which continues to this day) was that my disbelief in the supernatural is invalid and suspect because my motives are impure. “You just wanna live the way you wanna live,” and “You wanna be your own boss,” they said.  Over the last couple of years, the one I’ve heard the most in one form or another is: “You just want to cast off the moral restraints of the Christian faith.  That’s why you’ve thrown yourself into this ‘atheism thing’.”

I realize this line of thought comes from the Bible itself (therefore it cannot be questioned!) and for the longest time it put me on the defensive.  I found myself trying to justify to my friends that my motives were honest and purely intellectual and personally disinterested but they had already made up their minds so there was really no point in arguing.  It was only recently that I stopped and thought long enough to realize that I had fallen for a classic diversionary tactic.  See if you can see the mistake when I boil it down to an abbreviated conversation:

Me:  I really don’t believe in invisible spirits anymore.

Them:  You’re only saying that because you want to be your own boss.

Me:  But I just don’t see any valid reason to believe in invisible…

Them:  You just want to be free to look at pornography!

Them:  How often do you pleasure yourself?

Them:  You want to have sex with whomever you like, don’t you?

Them:  You’re only asking that because you want to be the sole arbiter of truth, putting yourself in the position of GOD.

Me:  Is there anyone else over there I can talk to?

I spent entirely too much energy trying to convince people close to me that the motives which led me to seek answers to my questions were pure and unrelated to anything personal.  But I realize now just how totally beside the point that really is.  In fact, it is completely unrelated to the question of whether or not gods exist.  You encounter a similar problem when Christians assert that atheists disbelieve in (their particular) god because of the hypocrisy of Christians themselves.  While it may be true that the hypocrisy of some irritates and angers outsiders, it totally misses the point to conclude that this is why we disbelieve.  Our disbelief stems from the conclusion that all of the reasons for believing in gods are very subjective—they are inside our own heads.  The behavior of the adherents of one religion or another is entirely beside the point.  Only Christians have such high expectations of themselves, anyway.  The rest of us do not.

So let’s assume for the sake of argument that impure motives led me to question my faith.  Go ahead and assume away.  That’s still unrelated to whether or not invisible spirits really exist.  This is a classic protective mechanism which all vulnerable ideologies must employ in order to defend themselves from hostile invaders (like critical thinking and empiricism).  I’ve decided I just don’t care to engage this argument anymore because I’ve seen it for what it is.  It’s a brilliant and effective diversionary maneuver like the pyrotechnics of Bruce Wayne, the vulnerable human cloaked in millions of dollars worth of kevlar and black paint.  But it’s a change of subject every time, and I’m not falling for it anymore.  You shouldn’t, either. 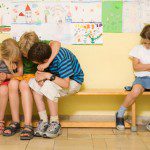 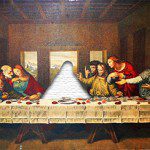 September 4, 2014 An Atheist's Defense of the Historicity of Jesus
Recent Comments
0 | Leave a Comment
Browse Our Archives
get the latest updates from
Godless in Dixie
and the Patheos
Nonreligious
Channel
POPULAR AT PATHEOS Nonreligious
1