An Atheist’s Defense of the Historicity of Jesus

An Atheist’s Defense of the Historicity of Jesus September 4, 2014 Neil Carter 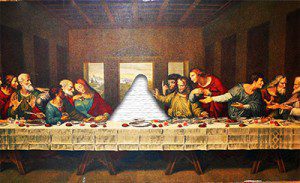 I can’t believe I’m feeling the need to do this, but today I’d like to write a brief defense of the historicity of Jesus.

When climate change deniers want to insist that our actions have no impact on global temperatures, they display a remarkable disdain for an entire discipline populated by credentialed professionals in that field who say otherwise.  It doesn’t seem to bother the deniers that they themselves have no specialization in the academic field they disparage because in any field of study there will always be at least some small contingent who go against the consensus.  The existence of those outliers is justification enough for the deniers to say, “This business is far from certain, you know.  Just look at these four people who disagree!”

That’s how I feel when people in the skeptic community argue that Jesus never existed.  They are dismissing a large body of work for which they have insufficient appreciation, most often due to the fact that they themselves have never formally studied the subject.  And yes, I know that the study of religon and of antiquity is a far “softer” field of study than climatology (and therefore more subject to personal bias).  But that doesn’t mean we can’t reasonably conclude anything at all about the distant past.  There are at least a handful of things about the origins of the Christian religion which we can reasonably conclude based on the things that we know.  Among them are that there was most likely a guy named Jesus who preached and was killed outside Jerusalem, and that after his death a diverse following emerged which built around that event a narrative which grew to become the Christian faith.

The existence of two or three professionals within the study of antiquity claiming that Jesus never existed does not signal a sea change in that field.   There haven’t been any new discoveries in the past few years which signal any significant changes in that discipline.  The only thing I see that’s changed is public opinion.

What Do We Know?

The earliest writings which attest to the existence of Jesus come from the apostle Paul, a leather worker by day and preacher by night who by many accounts was the man most responsible for the founding of the Christian faith we’ve come to know today.  But the oral tradition which later came to inform the writing of the gospels almost certainly originated independently of his influence and predates the ministry of Paul by many years.  At least in its most basic form, the story of the death and resurrection of Jesus had matured into a credal form by the time Paul sat down to write (or else dictate) his first letter to the Corinthians, some time in the mid-50’s AD:

While Paul cleverly added himself into this formula in an attempt to put himself on par with the guys who actually knew Jesus, the language of passing along a received tradition should tell us something.  It’s the same language he uses a few chapters earlier in describing the eucharistic meal he had been taught to observe:

For I received from the Lord what I also passed on to you: The Lord Jesus, on the night he was betrayed, took bread, and when he had given thanks, he broke it and said, “This is my body, which is for you; do this in remembrance of me.” In the same way, after supper he took the cup, saying, “This cup is the new covenant in my blood; do this, whenever you drink it, in remembrance of me.” For whenever you eat this bread and drink this cup, you proclaim the Lord’s death until he comes.

Paul didn’t invent these stories himself; they had been handed down to him by others.  Now that doesn’t mean he didn’t significantly rework the Christian message into a tradition which his Judean forbears would scarcely recognize.  It seems obvious to me that Paul’s refashioning of the Christian story to accommodate a Gentile audience heavily influenced most subsequent expressions of this nascent movement, and it seems it even affected the later written form of the gospels themselves.  But the oral tradition around which those stories were woven didn’t begin with him.

In fact, the sayings and parables attributed to Jesus are famously absent from Paul’s letters, which tells us two things: 1) He really seemed either unfamiliar or unconcerned with a great deal of the oral tradition (much of which was probably still in formation during his ministry), and therefore 2) For all his influence in the development of early Christianity, he didn’t invent all of this stuff himself.  The criterion of dissimilarity actually counts for something.  As time went on, Pauline Christianity conflicted with Judean Christianity on many occasions, prompting a conference over which the two opposing factions contintued to disagree for years to come.  In the end, it appears that Paulinian Christianity won out, and it was those New Testament writings which his communities produced which later came to dominate the established canon.

Too much has been made of the contemporary silence about Jesus.  Exactly how much notoriety would you expect a Jewish peasant to have in his context?  How worthy of public record was the life and execution of an itinerant rabbi from Galilee?  The civic leaders of the time didn’t even consider the names of those executed important enough to record for posterity.  While highly colored by religious bias, the amount of information we have about Jesus is still impressive in comparison to any other non-official person of his time, even when pared down the most essential details.  It’s true that extraordinary claims require extraordinary evidence.  But it’s not extraordinary to claim that an itinerant Jewish preacher got in trouble with the law and was executed, nor in that day and age would it be extraordinary to see a following emerge around his life and teachings.

Why Do I Care About This?

While we skeptics roll our eyes at how uncritically the religious repeat things they’ve heard, we tend to obsess over fact-checking what we read so that we don’t pass along incorrect information.  We’ve all had that embarrassing moment when we post a link on social media only to find out that yet another new parody site has slipped past our notice (they’re multplying like rabbits these days).  But we strive to do better than that.  We pride ourselves on our own ideological parsimony, and we work hard to make sure the stuff we say isn’t based on insufficiently thought-through assumptions.

But it doesn’t feel like that’s happening here.  It feels like here lately a growing number of fellow freethinkers are jumping on the bandwagon of an intellectual position that hasn’t yet earned credibility. Rather than concluding that the New Testament simply exaggerated the size and scope of the Christian church during its earliest years, people are jumping all the way to the opposite ditch and concluding that every single thing contained therein must have been made up entirely.  But the many contradictions and variations we encounter within the gospels (and noncanonical books) point to the unreliability of the sources, but not necessarily to the complete nonexistence of their central figure.   And while the oldest extant copies of Paul’s letters date back to nearly a century after the time that he wrote them, we posess no variants of those letters which leave out the credal statements referenced above, leaving us with the reality of an early attestation (mid-first-century) of the existence of Jesus.  There’s a method to determining these things, and a pretty thoroughly developed academic discipline underneath it all.  It doesn’t speak well of us to dismiss whole disciplines with the wave of a hand on account of two or three of its members finally suggesting something we wanted to believe all along.

And that right there is my biggest problem with the mythicist position.  During my deconversion I learned to be highly suspicious of my own willingness to accept ideas that I wanted to be true without applying the same intellectual rigor and skepticism toward those ideas before accepting them.  I suspect that many non-theists would love the vindication of discovering that the whole Jesus story was made up from start to finish.  Not just embellished by layers of legend developed over decades of telling and retelling the stories to a wide-eyed audience, but fabricated out of whole cloth and completely devoid of historical fact.  The layers of legend over a kernel of original history makes the most sense to me.  And I don’t think it makes us look very objective when we too eagerly embrace a position which contradicts an almost universal consensus among those who have devoted their lives to the academic discipline which concerns itself with these matters.  We of all people should know better. 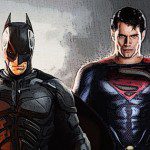 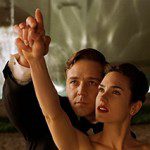