Why Even Nice Atheists Are Offensive to the Faithful

Why Even Nice Atheists Are Offensive to the Faithful September 9, 2014 Neil Carter

Have you discovered yet that even if you are the nicest person in the world, some people will still become angry at you for openly stating that you are an atheist?

A friend reposted my review of God’s Not Dead onto her Facebook wall recently because she was seeking respect and understanding among her family and friends, many of whom are devout Evangelicals.  My article was pretty non-confrontational about religion and simply laid out the ways in which I felt the movie misrepresents people like me and therefore displays a lamentable failure to demonstrate love.  I didn’t even enter into the debate about whether gods exist, much less whether or not one of them has died.

And yet, people were still offended.  People still got defensive.  People still wanted to debate the existence of the Christian God despite the fact that neither I nor my friend was inviting that.  They just couldn’t help themselves.  The very presence of a negative review of this movie was taken as an attack on their faith, so they had to fight back.  Only neither of us were looking for a fight.  It seems an offense was felt regardless.  Simply for openly admitting that we don’t belong to that club anymore, the dukes went up and some were ready to defend their territory.

But why?  Why is it automatically an attack on one person’s faith for another person to merely state that she is an atheist and that she feels misunderstood?  It really doesn’t seem to matter how nicely you put it.  It seems they are offended, not because of the content of what we’ve said, but simply because we’ve said anything at all.  That in itself was the transgression.  It seems there is an unspoken rule that if you’re gonna go and stop believing in your religion of origin, that’s up to you but the one thing you have to remember to do is not say a word about it to anyone, you hear?

Why is this?  Why is it so important to them for you never to tell anyone that you no longer belong to their religion?  As a matter of fact, many of them will expect you to continue following the rituals and observances of their religion even if you no longer ascribe any validity to it yourself.  Many families coerce their children (whether still living at home or fully grown and just visiting) into following along with the rituals of their faith even though they both know they’re faking it.  For a religion so concerned with honesty, this seems like a glaring inconsistency.

Greta Christina pretty much nailed it when she said:

Religion relies on social consent to perpetuate itself. But the simple act of coming out as an atheist denies it this consent. Even if atheists never debate believers or try to persuade them out of their beliefs; even if all we ever do is say out loud, “Actually, I’m an atheist,” we’re still denying our consent. And that throws a monkey wrench into religion’s engine.

In other words, atheists offend simply by existing.

Now, I’ve been around agnostic/atheist culture just enough to know that curmudgeons abound.  Many non-theists are fed up with having to explain themselves to people who feel it’s their responsibility to treat every person they meet online to a regurgitation of the plan of salvation.  Some atheists are just cranky by nature, and honestly I couldn’t see myself hanging out with them on a Saturday night.  But this goes way beyond a reaction to that.  Some of us are super nice, overly conciliatory, and non-confrontational, and it often doesn’t matter.  Many Christians are just as offended no matter how nicely we put what we have to say.  We’ve offended them simply by saying anything at all.  Evidently the only right thing to do was to not say a word.

And that, I think, is why my friend got reprimanded for posting my article on her wall.  She’s by no means the first who has encountered that reaction.  It’s quite common, in fact, and I think Greta put her finger on the heart of the issue:  Just as the Emperor’s new wardrobe choice could only be successful if everyone agreed to not speak ill of it, so there’s an unspoken rule that says the worst thing an apostate can do is admit out loud that she has left the faith.  Nothing more need be said in order to offend.  She offends now by existing, and she offends by openly admitting who and what she is.

Which is why more of us need to do this.  Not much more is really required in order to make a difference.  The mere act of “coming out” as an atheist denies Fundamentalism the consent it requires in order to remain a coercive force over the lives of people.  Do all expressions of the Christian faith demand such obeisance?  No, definitely not.  But the ones that do won’t go away just because we ignore them.  And frankly, I don’t think it makes much difference to the more liberal strains of religion what the rest of us believe, so long as we agree to try to leave the world a better place than how we found it.  Those are my feelings as well.

But you should expect pushback from some.  You will almost certainly encounter resistance.  Where I live, passive-aggressive manipulation is common among families who incidentally would be horrified if they ever realized they are doing what they’re doing.  They want to show love, and they want to be accepting of their loved ones, but their need for spiritual security often overtakes all other needs and leads them to do and say some terrible things.  For that reason, I would personally temper this encouragement to come out with a warning that for some it might not be such a good idea.  Some just aren’t in a position to do it at all.  Some will need to wait until they are in a stronger place themselves so that they can endure the onslaught of negativity their apostasy will engender.  But for those who can, it helps the rest of us each time yet another person steps forward and says, however they say it, “Actually, I’m an atheist.” 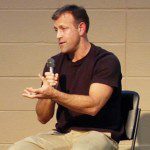 September 7, 2014
The Day an Atheist Got Interviewed at a Church in Mississippi
Next Post 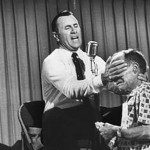