The Bible Is a Terrible Medical Textbook

The Bible Is a Terrible Medical Textbook September 11, 2014 Neil Carter 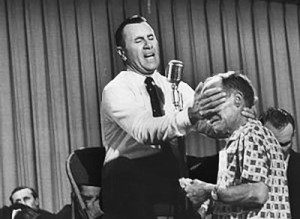 I do my best to distinguish between the kinds that do and the kinds that don’t, but there is an awful lot of overlap between the two.  No matter how hard I work to make my distinctions,  I usually end up angering the adherents of both kinds anyway.  It’s more of a spectrum than a dichotomy, and in this spectrum all the gradations blend together so that any particular belief system can be both a blessing and a curse simultaneously.  Matters are further complicated by the way those being harmed will defend the very thing that’s hurting them because they don’t see how there’s anything wrong with it, and shame on me for criticizing something so precious to them!

Take faith, for instance.  Is faith a virtue or a vice?  That depends entirely on how you use it, and on what you mean by the word.  You can go thirty rounds just trying to settle on a single definition.  The best way I know how to handle this dilemma is to leave aside the semantic arguments and use an example from real life.

An old friend of mine who blogs for Patheos recently promoted a book which claims that you can “heal and prevent cancer” through a combination of proper diet and proper belief.  The author of the book underwent several surgeries for pancreatic cancer and is now in complete remission, and she credits her healing to improved diet and increased faith, not to the surgeries. In fact, from what I’m hearing in both the interview and on her website, she strongly implies that seeking treatment may only make it harder to maintain the kind of faith it requires to be truly healed by God.  In her book, she claims that improper belief and fear cause cancer because they invite the Devil into your body:

“Why are so many more people today having cancer than 50 years ago?”

“I could mention increased toxins in environment and food or the stressful pace of modern society; however, I believe there is something more insidious to consider and it is two-fold–fear and lack of knowledge…Statistics tell us that fear of cancer is pervasive and intensive worldwide. I personally believe that “cancer awareness” publicity campaigns rather than “health awareness” initiatives focus a staggering amount of energy on fear-fueled issues. Believers know the enemy of our souls craves attention and color-coded “branding” of his work feeds his craving. Fear separates us from God. I wrote this book to undermine fear of cancer.”

Is it just me or did she just posit that an increase in cancer awareness is at least partially responsible for the increased prevalence of cancer?  Are we to believe all those pink ribbons on everything are what’s causing this epidemic?  Are you kidding me with this?  Well, maybe it’s not just fear that’s bringing this upon us.  Maybe it’s because we’re such bad people…

“How did God heal you of cancer?”

“…The tipping point of my healing was ridding my soul of bitterness, resentment and unforgiveness. Learning to “take every thought captive to the obedience of Christ” was divine chemotherapy because the connection of body and soul (mind, will, emotions) is, in fact, biochemical.”

“…Sin gives the enemy a legal landing strip on our soul. It can be our own sin or bitterness from sin against us. Our souls become chronically wounded and these wounds must be healed so our bodies can heal. I believe it is less “harnessing emotions” than honestly and prayerfully dealing with them. The acts of repenting or forgiving initiate healing to a soul wound that is blocking physical healing.”

This goes beyond just the power of positive thinking.  I think most people who can appreciate the power of a healthy immune system will agree that a positive outlook is a beneficial part of a healthy lifestyle.  But she’s arguing that supernatural elements are causing natural diseases and that therefore the cures must be supernatural as well.

Many of us have become desensitized to the clamor of TV preachers and faith healers after so much superficial media exposure.  Most of the time I tune it out like a background noise which doesn’t deserve or require my attention.  But it struck me today that my friend is telling his followers to buy this book, and he’s suggesting that what this woman is telling people is worthy of belief.  I know many of the people who would value his opinion in this matter, so suddenly this isn’t some peculiar phenomenon happening in some third world country.  These are lies being sold to people I know.

And that’s what they are:  Lies.  Fear doesn’t cause cancer, and bitterness doesn’t cause cancer.  Cancer is a runaway mutation of the cells in our bodies; it’s a physical problem, not a psychological or a spiritual one.  It’s not caused by bad magic (sin) and it isn’t cured by good magic (grace).  Whenever someone tells you that it is, he is speaking out of ignorance and if you base your medical decisions on this principle you will greatly decrease your chances of successfully fighting disease.  The same can be said for avoiding vaccines for religious reasons, by the way; but that talk will have to wait for another time.  In this book, the author actually encourages people to postpone (or even avoid?) treatment in the interest of following a more faith-oriented path.

The author goes on to put a finer point on her particular blend of pseudoscientific and religious prattle when she tells us which kind of faith healing requires:

“…I believe we need to be careful who we enlist to pray for us because quantum science and Scripture both demonstrate the power of intent and we absolutely want ONLY those praying for us who believe we will return to health. Hope against hope prayers can actually undermine healing. This may be the most important topic in the book.”

So now she is suggesting that the reason people don’t get healed by prayer is often because some of the people who are praying are doing it wrong, and that is overriding the ones who are doing it right.  You have to fully believe that the prayers will work or else they won’t.  And even if you fully believe, if they don’t work it must be because someone else who prayed for you cancelled out your faith-filled prayers with their own wavering prayers of insufficient belief.

In case you don’t recognize what she’s doing here, it’s a classic case of something millions do every day but don’t realize it.  She is constructing her belief about healing in such a way that it would be impossible to disprove or discount it.  I’ve written about this a couple of times before.  It’s one of the games Christians learn to play in order to keep the faith strong despite overwhelmingly contradictory life experience.  We build giant structures of rationalizations around the things we are told to believe in order to protect them from, you know, real life.  But this is a dangerous game to play, and it makes us into people who are dishonest with ourselves about our own lives and how they turn out.

A Christian Doctor’s Response to This Nonsense

But of course I find all of this rubbish, because I’m an atheist, right?  Sure, but in the interest of getting a second opinion I sought the counsel of a friend of mine who is an award-winning oncologist for the largest hospital system in my state.  He’s a Rhodes Scholar and a devout Evangelical Christian, so I knew I’d receive a balanced, well thought-through response.  I asked him what he thought about this woman’s contention that you could “heal and prevent” cancer through proper diet and belief, and here’s what he said:

“There is, most oncologists believe, an immunologic component to cancer [thus the need for an improved diet and for having a positive outlook]; but I don’t think that fear or negative emotions alone, even though they stress our bodies, can be responsible for cancer or its progression. We see too many very faithful, very positive people with aggressive, unresponsive cancer to believe that could be the case.”

“Faith comes up an awful lot in a cancer clinic.  Over the last five years I’ve heard countless people say they were different and that they would beat this; that’s really the best and only attitude they should have…But, even though I do believe that miracles can happen, I don’t believe that our degree of faith in God has a great deal of bearing on that time in the vast majority of instances of cancer, and maybe even every instance.”

I think my friend believes in prayer, but he knows from experience as an oncologist that prayer and faith don’t make cancerous cells quit misbehaving.  You have to redefine what prayer does in order to keep from being disappointed.  You have to say things like “It doesn’t change the world around us; it changes our hearts.”  That’s lovely.  But I must point out that it’s not at all the way the Bible talks about prayer or what it’s supposed to do.

See, this lady’s spurious claims about the relationship between faith and disease are only mimicking the way the Bible teaches us to look at disease, weakness, and the other trials of life.  As crazy as this talk is, she’s just trying to see the world the way the writers of the Bible saw it.  People like Ken Ham do the same thing today when they’re asked about the age of the earth or the causes of storms.  He says ridiculous things and Christians everywhere roll their eyes…but then they turn around and assert that the very same book these other people blindly follow can still be authoritative for us in matters of psychology, social order, sexual identity, moral development, and countless other issues about which humankind has developed ways of thinking and talking which are far superior to how those ancient Mediterraneans saw themselves and the world.

I guess what I’m saying is that people who know better owe it to themselves to be honest with themselves about how the world works.  They also don’t need to castigate the rest of us for calling a spade a spade when it comes to the crazy talk, because the chances are they know as well as we do that it’s not a wise way of dealing with the world.  Furthermore, I hope that one day people from all points on the faith spectrum will squarely face the reality that blindly trusting a book is no way to win at life.

September 9, 2014
Why Even Nice Atheists Are Offensive to the Faithful
Next Post 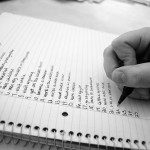