By This Shall All Men Know That You Are Baptists?

By This Shall All Men Know That You Are Baptists? September 29, 2014 Neil Carter 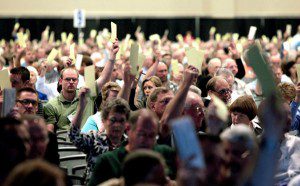 I grew up Southern Baptist. I went to a Southern Baptist college in Mississippi, and my family still attends one of the largest SBC churches in the state.  That was my tribe.  Having studied Southern Baptist life, theology, and even church polity, and later marrying into an SBC minister’s family, I know how Southern Baptists think about themselves.  They are often quite proud of their way of doing things, particularly when it comes to the self-governance of their churches.

SBC churches consider themselves self-sufficient and autonomous, following the leadership of God as they collectively perceive it, and they boast that no ecclesiastical superstructure tells them what to do or what to believe.  One minister I know loves to say that the SBC can’t tell its churches what to do because it technically only exists for a few days out of the year, and that’s when it convenes in a central location to vote and make decisions as a collective body.  Churches send “messengers” to vote on things and represent them in these big meetings, but very little is asked of these churches in order to remain members in good faith of the convention.  Technically, the only requirement I’ve ever heard is that a church give some portion of its budget to the Cooperative Program, which is the key funding mechanism for the daily operations of the convention.

Because the requirements for membership in the convention are so minimalistic, it’s really unusual for a church to be kicked out of the convention.  They don’t even like to use words like excommunication or expulsion; instead they use the word “disfellowship.”  It even sounds churchy, doesn’t it?  No one else in the world uses the word “fellowship” except churches.  But I digress.  I’ve heard of some pretty nontraditional churches remaining in good standing with the convention for little reason other than the fact that they chose to keep the “Baptist” brand name on their sign (although even that’s not a requirement) and they gave at least a nominal amount to the central budget each year.

But last week the Executive Committee of the SBC met in order to kick one church out.  The convention wasn’t even in session.  The committee met just to kick out this church, assuming upon themselves the authority of the entire convention.  And what was the egregious transgression of this erring church?  What did they do that was so terrible it was tantamount to forsaking the gospel itself?  Did they deny the divinity of Jesus?  No.  Did they decide that Jesus wasn’t really raised from the dead?  Nope.  Or maybe they declared that Jesus is no longer the only way to get saved from Hell?  Uh uh.  Did they say they no longer believe in Hell?  Nope. So what did they do that was so awful that the Executive Committee had to meet and make a decision ad interim to formally disassociate with one of their churches?  In fact it was a unanimous decision by a committee headed up by the former interim pastor of my home church.  So what was it? 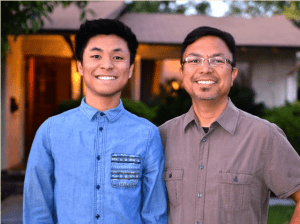 A pastor whose son would soon after come out as gay decided he can no longer condemn homosexuality as a sin.  He just can’t in good conscience do it anymore.  Not after 15 years of his congregants coming to him in private, fearing excommunication for something they couldn’t possibly change no matter how desperately they tried.  Certainly now not after his own son came out to him, asking for his acceptance.  The man went with his conscience, and he didn’t even ask his church to agree with him.  He simply declared how his mind had changed about the issue, and BAM!  That’s it.  You’re done.  You’re out.  Your entire church has just been put outside the club. Farewell New Heart Community Church, it was nice knowin’ ya.

I’m not buying that line anymore about how Baptists aren’t forced to obey doctrinal mandates, or that Baptists don’t have a creed or a catechism they must follow.  You can’t say that to me anymore.  The Southern Baptist Convention, or at least a handful of men acting on behalf of that large body of churches across the world, has made the truth clear.  You have to think and teach the right things or you will be kicked out, and no middle ground will be allowed. Here’s how Al Mohler, one of the staunchest guardians of old school Baptist orthodoxy put it:

A church or denomination will either believe and teach that same-sex behaviors and relationships are sinful, or it will affirm them…There is no third way, and there has never been a third way on a question of this magnitude and consequence.

For Mohler and his ilk, this (along with just about everything else including rejecting common ancestry) is a black and white issue.  No middle ground will be countenanced.  And disagreeing with the guardians of orthodoxy will get you kicked out because as far as he’s concerned, disagreeing with him on these issues equals forsaking the gospel itself.  Evidently the leadership of the SBC have now declared that rejecting homosexuality is central to the message of Christianity, and they are comfortable making this the defining characteristic of their denomination.

I realize this won’t mean much to lifelong atheists, nor will it mean much to anyone else who didn’t  grow up Southern Baptist like I did.  But for Baptists this whole thing screams desperation, and it demonstrates a blatant inconsistency with what they say they’re supposed to be about.  Of all the things in the world about which they could have chosen to dig in their heels, I’m still baffled they chose this one.  Besides being an issue that Jesus himself never spoke about, it’s so obviously contrary to the direction of our culture—and I would argue contrary to the spirit of the constitution—so they’ve picked a losing battle here.

I’ve argued before that it seems they’ve chosen an arbitrary hill to die on.  This latest move is a shot fired into crowd at precisely a moment they need most to not make enemies of their own people.  It seems those in leadership are incapable of grasping how badly they are shooting themselves in the foot.  People like Mohler in particular continue to presume to speak on behalf of all Baptists in order to declare that nothing should change about how Baptists think and talk about anything important.  All the important questions are figured out now, thanks, and no further learning of any kind is needed.  Baptist theology is perfect—infallible—and anyone who crosses the leaders on something like accepting homosexuality is OUT.  No questions asked.  Conform or be ejected.

Again, I know most atheists don’t even  have a dog in this fight, as the old saying goes.  But this matters to me for a couple of reasons.  First, many of my closest friends and family inhabit this tradition and it irks me to see men steering them into such an unproductive and frankly hateful direction (no matter how thick they pour on the language of love as they exclude their neighbors).  I hate to see my loved ones taught to think this way.  And second, if I am reading our political landscape correctly, I believe the Southern Baptists are the primary reason our nation hasn’t yet adopted a more accepting stance toward marriage equality.  They lead the way in opposing this long overdue step forward and are themselves behind most of the successful initiatives to rework state constitutions to keep same-sex relationships from being treated the same as opposite-sex ones.

But those of us steeped in Southern Baptist life know how far off this posture truly is from what they say they believe as a group.  They’re gonna have to stop saying the things they love to say about how SBC churches are primarily about evangelism, and about how they don’t have to follow mandates, and about how the convention itself doesn’t even technically exist most days out of the year.  If they find this new arrangement unacceptable, Baptist polity dictates that it falls to them to do something about it.  In a democratically run denomination, you’ve got no one to blame but yourself.

So I wonder what my Baptist friends think about this.  Is this how you want your faith to be defined?  Are you comfortable with the leaders of your tradition dictating that the acceptance of an entire subset of your society is the end of the line for a church?  Cross this line and you’re out?  Some days I just can’t believe everyone is okay with making this a matter of in/out demarcation.  Is this a legitimate identity marker in your eyes?  And if not, are you just gonna sit there and let the leaders of your denomination make this the legacy of your tradition?

Is this really how you want Baptists to be known? 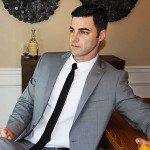 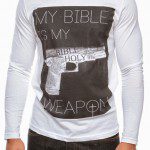 September 30, 2014 Where Taking the Bible "Too Seriously" Can Lead
Recent Comments
0 | Leave a Comment
Browse Our Archives
get the latest from
Godless in Dixie
Sign up for our newsletter
POPULAR AT PATHEOS Nonreligious
1