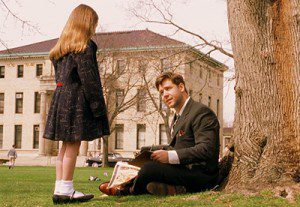 A couple of summers ago I spent entirely too much time in online discussion groups arguing with people about whether or not gods exist. I say “gods” because there were several being debated. Of course, where I live, everyone safely assumes that only one particular deity is even on the table for discussion. But the internet can open you up to a much wider world.

For example, it was through participation in one of these groups that I learned just how futile and egocentric Pascal’s wager really is. I learned this when a Muslim scolded me for not honoring Muhammed, warning me that I would be punished for eternity if I did not capitulate. He cited Pascal’s wager and told me that the downside to not believing in Allah and Muhammed was so great that if there is even a slight possibility that I am wrong, it behooves me to go ahead and believe in him just in case. I found this deeply amusing, since I had been told exactly the same thing about believing in Jesus. Evidently I’m screwed either way. If I reject Muhammed then I go to Muslim Hell, but if I reject Jesus then I go to Christian Hell. It is, quite literally, damned if you do and damned if you don’t.

For a while I couldn’t even figure out why I spent so much time debating people in that group. Nothing any of us said ever changed anyone’s minds. The whole thing was basically a mental exercise wherein each of us hashed through what we believe and why we believe it for our own benefit (I suppose) but no one “switched sides” at any point in the process. So why does anyone even participate? I kept at it for a while because I saw two or three potential benefits. First, there are “fencesitters” who need help thinking through where they are on the spectrum, and these discussions probably help them process things. Second, in a way it helps clear your own head. Talking through why you think the way you think can be a helpful analytical process, and it can help you work through any cognitive dissonance you may be experiencing. But most importantly for me, I felt like I needed the process in order to learn how to talk (and how not to talk) to people I love about the ideological differences that now separate us from each other. Call it practice. For that reason, I suppose it wasn’t a total loss.

Incidentally, that last point right there is something you must realize about me in case you haven’t yet. Many people whom I love are devout Evangelical Christians. That’s my background, and my friends and family are very solidly in that camp. Oh sure, I could choose to become overtly antagonistic towards all forms of theism, and there’s no shortage of people telling me that’s the only appropriate response for an atheist. But those people clearly know nothing of my own personal life situation, and frankly it’s none of their business how I respond to the existence of faith in the world around me. I’m going to respond in the only way that’s appropriate for my situation, and that means first empathizing with faith and belief and reminding myself why it was that I ever believed in invisible spirits in the first place. Which brings me to the original reason for today’s post:

He does. Or she does. Or it does. Or whatever version you were taught. They do exist. They exist because you make them exist. You were likely taught from your youngest days to believe in this entity, and some of you have spent a lifetime cultivating a way of thinking about and perceiving a world which includes this Being in the midst of it. You were taught to listen to the thoughts and feelings in your own head and consider that some of them may very well be this Person communicating with you, telling you things you should know. You’ve spent many years reading a text which you were told represents the right way to think about this person, and if you’ve had as long as I had, you were able to internalize its vocabulary and its thought forms until they became second nature to you. In short, you do experience this person as if he were a real person, and it won’t do you any good for me to stand here and tell you he does not exist. That’s simply incorrect. He exists because you make him exist. 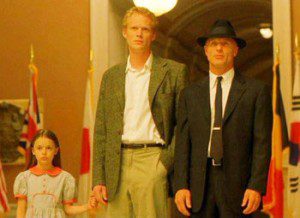 In the movie A Beautiful Mind [**Spoiler alert!**], the protagonist spends decades relating to three people who he later discovers are figments of his own imagination. But he experienced them as if they were real. No amount of argumentation or explanation could help him see that these three people only existed in his imagination. And do you know why argumentation didn’t help? It’s because when you yourself are doing the work of creating a person in your own mind, nobody else but you can change your mind. Nobody. And it doesn’t do any good for someone else to argue that the person you’re experiencing doesn’t exist because to you, he does exist. He exists because you make him exist. In the end, the protagonist of the movie had to finally come to a realization himself that the three people he had grown to love and need were not aging in any perceivable way. One day it finally occurred to him that something didn’t add up about that. Real people age. These people didn’t. That finally did it for him. Nobody else but him could make him come to that realization. It had to be him.

That is why I don’t focus a great deal of my time addressing theism directly, especially among those with a fair amount of emotional investment in the idea. I don’t see much point in trying to convince those people that gods don’t exist (even though I find it hard to resist trying it every once-in-a-while) because for those people, they do exist. If I am right, and if those deities are creations of their own minds, then no amount of argumentation will dissuade them. In fact, religious faith is often framed in such a way that its adherents are taught to believe things even when empirical observation seems to suggest the opposite of what they believe. Biblical faith in particular is praised in proportion to how much empirical evidence it overlooks (see Noah, Abraham, Gideon, Elijah, etc). So for many people a direct address of theism is frankly a waste of time.  I’m not saying it has no place.  I’m just saying it would help to learn to recognize the level of emotional investment involved for the person you’re addressing.

The mind is a powerful thing. It’s powerful because it’s the means by which we perceive and process everything else. So as long as we believe that we’re supposed to see something (even if it’s not really there) we will see it. That’s why I love science. The scientific method teaches you to think about things differently, to question what you believe. If something cannot be verified through some reliable means outside your own head, it is immediately suspect. We are ingenious at fooling ourselves, so we need science to cut through all the figments of our own imaginations (even our collective imagination). But you should realize along the way that when you’re fighting a creation of someone else’s mind, you’re gonna lose. Only they can take on that task for themselves. And it takes time. So be patient. For them, God does exist.

October 21, 2014
Evangelicalism: It's Not Just a Messaging Problem
Next Post 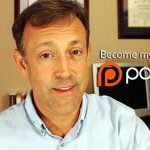 October 26, 2014 Support Godless in Dixie by Sponsoring Me on Patreon
Recent Comments
0 | Leave a Comment
Browse Our Archives
get the latest updates from
Godless in Dixie
and the Patheos
Nonreligious
Channel
POPULAR AT PATHEOS Nonreligious
1