Do We Really Want More Religion in Our Politics?

Do We Really Want More Religion in Our Politics? November 2, 2014 Neil Carter

These aren’t simple questions, and the answer has at least two sides. On the one hand, faith impacts every area of life, and in a nation which is by the people and for the people it is good and right that their opinions and beliefs should help shape the laws that govern their lives.  At a conference in Nashville last week, Barronelle Stutzman, the florist from the state of Washington who refused service for a gay wedding, put it this way:

I cannot leave my relationship at the door of the church. Christ is my life.

She received a standing ovation during a large assembly of Baptists from across the nation gathered, it would appear, for the sole purpose of reaffirming their opposition to homosexuality.  Clearly Southern Baptists have decided this is a core doctrine of their faith and identity, and frankly it’s up to them to determine what those things are.  When it comes to a religion, there really isn’t an objectively right or wrong definition because it is constantly evolving. We could argue until we’re blue in the face about what constitutes True Christianity™ but it would neither change their minds nor would it really be the point.  The real question is: Where is the line between their freedom to live as they choose and the freedom of others to do the same?

That leads us to the second part of our answer. We are not a pure democracy and there are good reasons for that. Mere majority rule does not guarantee that a group of people will always make good decisions, and large groups of people can easily be misled.  Competing communities can be quite cruel to each other if not governed by principles of fairness and equality. It’s far too easy for people in positions of privilege to override or remain oblivious to the plight of the less fortunate. That’s why the founders of American democracy established a constitutional government which would protect the rights of the minority from the proverbial “tyranny of the majority.”

Baptists of all people should know this.  When they first came to the American colonies, they were the minority, the outcasts, the heretics.  They pioneered the concept of the separation of church and state because without it they would not have been free to worship as they saw fit. It was in his letter to the Danbury Baptists that Thomas Jefferson reaffirmed his commitment to maintaining “a wall of separation between Church and State” because they understood the necessity of it better than most.  They were being physically run out of the other colonies for daring to go against the majority, and consequently all they wanted was for colonies (and their established churches) not to force their belief systems on everyone else.

But times have changed.  Where I live, Baptists run things now.  And their influence isn’t limited to my region, either.  Thanks in part to the famed Southern Strategy, Republican and white Evangelical interests have merged together to influence the national political scene for several decades.  Empowered by a political party with deep pockets, Catholics and Baptists have been working together since the 1970’s to ensure that their beliefs bring to bear on every facet of the legislative process in order to have their way on everything from abortion, gay marriage, and birth control to sex education, science education, and even stem cell research.  In the early days, Evangelicals saw themselves as “strangers in a strange land,” just passing through as it were.  They were originally separationists in matters of politics, but over the course of the 20th century they changed their tune. Now that some of the power and privilege from their glory days is showing signs of decline, they are beginning to panic.

WHAT THIS COUNTRY NEEDS IS MORE CHURCH BELL

In September of this year, the Pew Research Center published a study which found a noticeable increase in respondents’ desire to see religion play an even bigger role in politics than it currently plays.  Much has been made of this finding, but two things stuck out to me most while reading this study:  First of all, the lion’s share of the increase is happening among the steadily dwindling older white Evangelical Republicans (but I repeat myself).  This tells me most of all that the conservative media has been doing its job well getting its message across to its target audience.  Knowing as many white Evangelicals as I do, I can tell you from first hand experience that the fires of their political passions have been effectively flamed to a boiling point.  Mission accomplished. 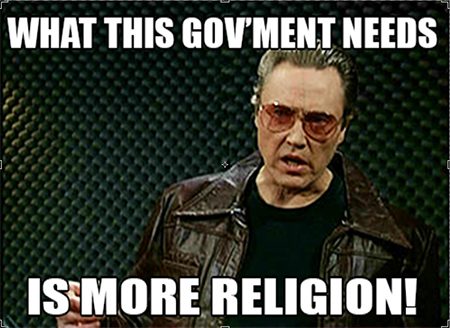 But I also see another important number tucked away neatly on the second page of this study.  When asked if respondents believed churches should openly endorse candidates for public office, the study found:

Most Americans continue to oppose the idea of churches endorsing particular candidates during political elections, with roughly twice as many people saying churches should not do this as saying they should (63% vs. 32%)…Among all major religious groups, there is more opposition than support for church endorsements of political candidates.

Two-thirds of Americans do not want churches influencing the voting process that directly, and that takes into consideration “all major religious groups” in America.  I find that significant.  It means that Jefferson’s wall of separation still matters to most Americans, even if the Baptists have forgotten why.  The only way you can ensure that you will be free to live and believe as you see fit is if your neighbor is equally free to do the same.

Finding that balance between your freedom and the next guy’s isn’t always easy.  The mayor of Houston had to rescind her subpoena of the sermons of influential pastors in her area because it likely represented an overreach of government and an infringement on the religious liberties of those communities.  Incidentally it also played perfectly into Evangelicalism’s already feverish persecution complex (“Next they’re gonna put us all in concentration camps!”). But this is a gray area that’s already being exploited by opportunists everywhere.  On the one hand, churches should be free to voice their beliefs without interference from their government.  On the other hand, their tax exempt status makes them a shady cover under which political operatives can wield a large influence on a significant portion of the population without any accountability.  Somewhere there has to be a balance struck whereby neither the church nor the state can lead the other by the nose, and whereby special interest groups can’t take advantage of the faithful masses for their own political ends.

If liberty is our goal, it behooves us to watch both church and state with equal amounts of caution. 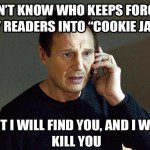 October 31, 2014
Help Us Destroy These Annoying Redirects, Please?
Next Post 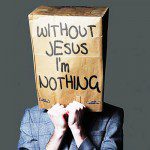