It’s a Religion Too, Not Just a Relationship

It’s a Religion Too, Not Just a Relationship December 8, 2014 Neil Carter

I spent 20 years devoting my life to the Christian faith, and during most of those years I wholeheartedly believed I was in a “relationship, not a religion.” I was taught to see the Christian faith as unique and so much better than all those foreign religions and cults out there because theirs were based on “works” while mine was based on “grace.” Now that I’m on the outside of that world looking in, I can certify that this pitch only works on people who didn’t already grow up hearing it. We know it’s a marketing gimmick.

It’s not that the Christian faith isn’t a relationship, because it is—even though I would differ over with whom or what people are truly communing. The people I used to run with were all about making fellowship with God the focus of all of life. We read Brother Lawrence‘s Practicing the Presence of God many times and my favorite book for years was The Pursuit of God by A.W. Tozer. We were all about “knowing God,” and making that the main thing. Honestly, we did things in the name of fellowshipping with God which would probably scare most Christians. We were hardcore about the relationship-not-religion business.

But that’s a false dichotomy. It’s a relationship and it’s a religion (again, I have some thoughts about the relationship part, too, but I’m trying to stay focused on one thing here). The best way I know to illustrate this is with a sample conversation:

Her: You must have become an atheist because you misunderstood what Christianity is about. See, it’s a relationship, not a religion. It’s not about rules; it’s about love. It’s an invitation to LOVE.

Me: So if it’s an invitation to a relationship, I have the option of turning it down, right?

Her: No way. Not possible. No one compares to Him.

Me: Well, shouldn’t I be the judge of that myself? I mean, if I’m really free to turn it down…

Me: How come? What will happen to me if I don’t accept this?

Her: Like I said, you’ll be missing out on the best life you could be having.

Me: Again, shouldn’t I be the judge of that?

Her: “There is a way which seems right to a man, but its end is the way of death.”

Me: So you’re saying I’m not the best person to decide what’s best for me?

Her: That’s not me, that’s what God says. I believe that, if left to our own devices, we will choose poorly, yes.

Me: But what of those who go through all of life happily without choosing this relationship?

Her: I don’t think anyone is happy without this relationship.

Me: But many of them would disagree with you. It doesn’t sound to me like things are all that bad for them in the end.

Her: But what about what happens to them after they die? They would be missing out on spending eternity with the Creator of all…

Me: What would they be getting instead?

Her: The worst thing of all. Separation from Him for all eternity.

And there it is. Somewhere lurking in the dark recesses of even the most saccharine, smiley invitation to a relationship-not-a-religion is the veiled threat which says, “Love me, or else.” If you ask enough questions, somewhere inside this message are three non-negotiable beliefs: If you don’t accept this relationship 1) Your life will suck before you die, 2) Your life will suck infinitely worse after you die, and 3) You are not qualified to determine for yourself whether #1 and #2 are true. Incidentally, this is called “gaslighting.”

And this is why the whole dichotomy is B.S. in the end. No matter how much of a relationship this faith dangles out in front of you, there is a giant block of fine print waiting patiently underneath it all, demanding submission to something which comes with a threat (behold, a religion after all).

I know because I’ve been on the inside. This sales pitch doesn’t fool people like me. It’s well-intentioned, I know. You’re doing your best to represent your faith as invitingly as you can. But what you are offering is backloaded with threats—threats which you’d rather pretend aren’t even there—threats which you’ve been taught to repackage and spin to make them look like they’re not threats, just “warnings.” Because God doesn’t send anyone to Hell…people choose to go there themselves, right? That’s B.S., too, and I’ve already written why it is.

My main point here is that it’s disingenuous to misrepresent the Christian faith with a false dichotomy like this. It’s like a guy approaching a girl to ask if she wants to go out, but he’s holding a baseball bat behind his back.* What you’ve got is a relationship, yes…but it’s also a religion, complete with many of the same demands and expectations which any other religion imposes onto its adherents (even though the particulars vary).

And unless you belong to one of the universalistic strains of Christianity (which the majority of Christians sneer at), you harbor some kind of ultimate threat of Hell. If you don’t believe me, try to remove Hell from the equation and watch what happens. See how those around you react to this change. Think for a bit about how such a move would reorient what it is that you are doing when you evangelize. If Hell is indispensable to your faith, it’s not just a relationship, unless by relationship you mean “Love me, or else.”

If it’s truly an offer of a loving relationship, then I must be allowed to choose whether or not I find it a welcome invitation. If there’s a threat hidden in the invitation, what you have is a religion. And if you really want to insist it’s not a religion, I’ll be looking for you to give up those legal privileges and tax exemptions soon…

* If the image of a guy holding a baseball bat behind his back sounds too violent, then think of it instead as “an offer she can’t refuse.” If we’re not talking first-hand punishment, then it’s more analogous to the guy “removing his protection” so that she gets what’s coming to her. Does that really improve the offer? 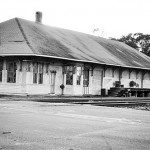 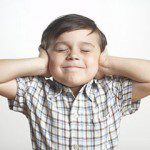 December 10, 2014 Why I Keep Talking to People Who Won't Listen
Recent Comments
0 | Leave a Comment
Browse Our Archives
get the latest from
Godless in Dixie
Sign up for our newsletter
POPULAR AT PATHEOS Nonreligious
1

The Entirely Unsurprising Sexism That Russell...
Roll to Disbelieve
Related posts from Godless in Dixie