In response to the grand jury’s decision not to try the NYC police officer in the choking death of Eric Garner, evangelical pastor David Murray recently wrote:

I want to stand with my African American brothers and sisters. More than that, “I’m all in” with them.  And that’s why I’m scared. Because I know that for many people, that automatically puts me “outside.” It puts me on the other side. It makes me suspect.

The pastor isn’t alone in his concern.  Rebecca Florence Miller, a fellow blogger over on the evangelical corner of Patheos, said:

I understand Murray’s fear. As my heart has become more and more tuned to the social justice issues in our country, I too have feared being called a liberal (in a dismissive way). I have feared rejection. I have feared my community of faith turning against me…

To their credit, both of these evangelical Christians are embracing the potential for rejection from their community because they see not just police brutality but the clear signs of a social inequality beneath the uproar which these latest cases (Eric Garner, Michael Brown, and Trayvon Martin) have inspired.  They see how flaws in our justice system impact one race more than another, and unlike so many of their peers they see fighting for greater equality as a core value of their faith.

Thabiti Ayabwile writes for the heavily Calvinistic Gospel Coalition, which is an almost entirely white (mostly) men’s club, and  he called the Garner case “a dereliction of duty,” saying that in his estimation, “Lady Liberty miscarried.”  But as Libby Anne posted recently, while the comments were uncharacteristically turned off at the bottom of his article, reader responses could be accessed on TGC’s Facebook page just fine.  Readers called his well-written article “nonsense,” “foolishness,” “uneducated,” “divisive,” and “blinded by real injustices.”  One argued, “This pastor needs to be removed from TGC immediately,” and another exhorted them to “stick to the Gospel, if you want to discuss ethics make a page just for that.”

If Ayabwile had wanted a more favorable response from the readers over at TGC, he could have followed the lead of fellow pastor Voddie Baucham, who is fast becoming the Ben Carson of evangelical preachers.  Baucham quickly dismissed any talk of racial injustice in Ferguson and instead lay the blame on “sin.”

In the end, the best lesson my children can learn from Ferguson is not that they need to be on the lookout for white cops. It is far more important that I use this teachable moment to remind them that “God is not mocked, for whatever one sows, that will he also reap” (Gal. 6:7).

In other words, Brown just got what was coming to him and he deserved to die. Baucham vehemently denies the “neo-Marxist concept of ‘white privilege’ or prejudice in policing practices.”  He makes his point as clearly as any man could, and the Gospel Coalition readers, who incidentally were freely allowed to comment on this particular article, loved him for it.

It does me absolutely no good to assume that my mistreatment was systemic in nature. No more than it is good for me to assume that what happened in Ferguson was systemic. I have a life to live, and I refuse to live it fighting ghosts.

So racial discrimination is a “ghost” but sin is totally legit.  That’s rich.  No wonder white evangelicals love this guy. 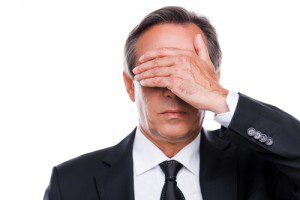 Why such a strong pushback?  What is it about calling for racial equality that makes it a dangerous topic for evangelicals to address?  Why should an evangelical writer be afraid of rejection from his or her community for drawing attention to racial discrimination?  It would appear that being blind to racial inequality has become an established trait of Evangelicalism, much like actively resisting marriage equality has become as well.  But why is that?  Unlike their condemnation of homosexuality, I see nothing in the religious text they revere that would inherently produce this kind of deafness to the cries of injustice rising up from the black community.  On the contrary, a strong argument could be made that the early Christian community formed precisely around a rejection of the racism and xenophobia of their Hebrew forbears.  So why is the opposite the case now?  How did this come to be?

Why (Most) Evangelicals Can’t See Racism

The roots of modern Evangelicalism are many, but the dominant branches of this tree are pretty easy to trace.  American Evangelicalism was born out of a racially segregated past.  It formed its traditions and cultural markers at a time when white people and black people lived completely separate lives.  This was particularly true in the Bible Belt where the most visible branches grew to become what they are today.  The largest Protestant denomination, the Southern Baptists, initially formed because of a row over slavery, and its leadership since then has continued to display a noticeably Southern accent.  This would help explain why, as Martin Luther King is said to have lamented, “the most segregated hour of Christian America is eleven o’clock on Sunday morning.”

But there are at least a couple of further reasons why Evangelicalism continues to be “colorblind.”  First of all, you can’t speak of current manifestations of Evangelicalism without reference to its chief propaganda mechanism: FOX News. This conservative news outlet tapped into a ready-made base of mostly older white people who were conservative either because they were rich or because they were Christian, or both.  And unlike pastors who only get to address their congregations once or twice a week, FOX daily and tirelessly reinforces every stereotype and preconceived notion white evangelicals have, and they reward the media outlet with exclusive loyalty.  But how did the party of the rich come to enjoy such devotion from a religion built around a man who was voluntarily homeless?

I’ve written about this in longer form before (here and here), but the short version is this:  Desperate for a new base in the wake of the much reviled (by white Southerners) Civil Rights Act of 1964, the Republican Party gained a solid footing in the Deep South and in the Midwest by pandering to their interests and getting “born again” as a party.  About the same time, a handful of opportunistic ecumenicists were bringing together Catholics and Baptists, who previously couldn’t get along but together made up the largest contingencies of American religious life.  Once they became united around an issue, the new monolithic “Moral Majority” suddenly became the flattered kid at the grown-ups’ table of American politics.  And what was that issue that united them so heartily?

They didn’t want the government telling them how to run their schools, which for the Baptists meant telling them to accept black people.  See, the IRS was going to take away Bob Jones University’s tax-exempt status because they didn’t want to comply with the Civil Rights Act, much like the state of Kentucky is going to deny Answers in Genesis their exemptions due to their discriminatory hiring practices.  BJU saw their choice to exclude blacks from their school as a protected right under the First Amendment.  Since Catholics were just as eager to keep the government out of their business, the two teams joined up to present a more unified front against the encroachment of civil liberty on their private school movements.  They’ve been friends ever since.  The Baptists, who initially supported Roe v. Wade, eventually adopted the Catholic crusade against abortion and quickly forgot they ever saw it any different.

Today Rupert Murdoch’s media empire succeeds by the loyalty of two strange bedfellows:  Rich white people and devout evangelicals (including many who occupy both camps simultaneously).  Both have their reasons for turning a blind eye to the plight of the black community, and both are convinced that if people will just follow the law they’ll be fine.  I realize that prejudice and tribal thinking are natural to our species, but I also blame the church’s anti-intellectual bent for its tendency to discourage critical thinking or questioning authority.  Evangelicals learn to trust authority figures as “the handmaidens of the Lord” for maintaining order in the world, which means they are more inclined to trust the police no matter how militarized they become.  Of course, the Libertarians among them have been resisting this trend for years, but they grow eerily silent when the crowd the police are putting down is brown-skinned.

Thankfully a handful of thoughtful evangelicals are calling their tribe out on this injustice, but the majority don’t hear them because they’re not listening and they don’t see it.  They have their Ben Carsons and their Voddie Bauchams and that’s enough for them.  Confirmation Bias is a powerful thing. 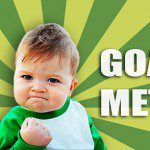 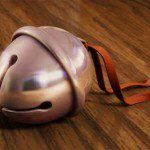 December 17, 2014 If You Have To Believe, It Probably Isn't Real
Recent Comments
0 | Leave a Comment
Browse Our Archives
Follow Us!