Anti-Intellectualism and the Bible

When I was a Christian, I worked very hard at maintaining the tension between faith and reason, much like I see many bright people still doing today. I poured myself into biblical studies, learned the original languages, took classes on apologetics and worldview, discussed and argued over theology with friends into the wee hours of the morning, and even studied a bit of philosophy along the way.

Like many writers I read these days, I worked sincerely out of a conviction that the Christian faith can be a well-reasoned faith. I labored all those years under the impression that you don’t have to “check your brains at the door” of the church, but can instead continue to feed both mind and spirit in a kind of symbiotic (even if sometimes strained) relationship.   My intentions were good, but I was actually fighting against my own religion.

To whatever extent Christianity is based on the Bible, it cannot be a consistently intellectual faith because the Bible is a fundamentally anti-intellectual book. 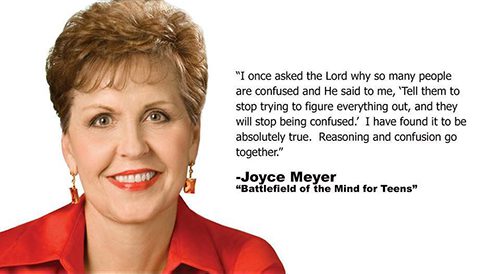 And yes, I know if you look hard enough you’ll be able to find an occasional prooftext for “reason,” but the truth is you can do that for almost anything you want. Approached honestly, the Bible is a wildly diverse collection of writings from disparate communities using multiple dialects over a period of hundreds of years. There’s something for everyone in there. That’s why you can have hundreds of denominations all claiming the authority of the same book.

It’s like an old preacher friend of mine used to say, “You can’t construct a theology without ignoring at least two verses.” He’s right. But with all that diversity, there is at least one common thread running through the entire collection:  Anti-intellectualism.  By that I mean that the biblical writers don’t merely ignore the life of the mind, they often polemicize against it.

Consider the very first story in the book. The Bible opens with an innocent couple placed in a garden with a special tree at its center, a tree that would “open their eyes” and “make them wise.”  They were expressly forbidden from eating of that tree because it would make them “like us, knowing good from evil” (Gen 3:22; I’ll leave it to you to wrestle with the plural pronoun in that sentence).*

Evidently a raised moral awareness was a big no-no (although wouldn’t they first need a sense of good vs. evil to even understand such a prohibition?). The “bad guy” in this story is the one who encouraged them to gain such knowledge and for that he was cursed, becoming the prototype for rebellious spirits for the remainder of the book.

The story goes on to say that Yahweh put “enmity” between the descendants (lit. “seed”) of the serpent and the descendants of the woman (Gen. 3:15). Whatever the original author(s) meant by that, throughout the rest of the Pentateuch there seems to be a self-conscious tracing of the two lineages: those who “called on the name of Yahweh” and those who didn’t. And while the former tended toward simplicity, piety, and an ultra-conservative primitiveness in all they did, the latter were always building cities, developing new technologies, and advancing creative arts and culture (cf. Gen. 4:19-22).

Even the very first children born outside the garden illustrate this duality. It was the one who developed agriculture—rather than the one who simply tended animals—who displeased Yahweh. At one point, the descendants of wickedness had the nerve to build a really tall building, and this particularly miffed Yahweh (see Gen. 11:1-8). Evidently he didn’t like it when humankind advanced too much, so he stepped in and put and end to that business immediately. The Bible says Yahweh “confused their languages,” presumably so that they wouldn’t get too smart for their own good. Clearly Yahweh was no fan of human resourcefulness.

Seek Wisdom, But Not Too Much

As the Bible goes on, this disdain for human intelligence remains strong and surfaces often. Like most Ancient Near Eastern cultures, the Hebrew religion made a place for “wisdom literature,” which was in effect the earliest precursor to scholastic study. But even there, the anti-intellectual theme comes through loud and clear.

The compiler of the Proverbs introduces his collection by redefining wisdom as “the fear of Yahweh” (Prov. 1:7), giving it a primarily moral and religious tone rather than an academic one. We are explicitly warned to “lean not on [our] own understanding” but rather “trust in Yahweh with all [our] heart” (Prov.3:5-6, one of the most often quoted words of the Bible).

The writer of Ecclesiastes (arguably the most philosophical book of the Bible) openly disparages the writing of so many books, complaining that “much study wearies the body” (Eccl. 12:12). With a somewhat dismissive attitude toward all that book learnin’, he finally summarizes: “Now all has been heard; here is the conclusion of the matter:  Fear God and keep his commandments” (v.13).  Evidently that’s all that matters (Some have argued this ending was a later addition, but that wouldn’t change my point about this emphasis in the Bible).

Jesus was no fan of intellectualism, either. He boasted that his message could only be received by the simple-minded because God chose to hide the most important things from the wise and learned (Matt. 11:25). He pointed to a child and said you must become like one of them in order to really “get” what he was offering. Children are trusting and uncritical thinkers who automatically believe what their caregivers tell them about virtually anything and everything.

He even discouraged planning for the future—a characteristic trait of intelligent beings—as if that were somehow a sign of weak devotion to the faith (Matt. 6:19-34). Bertrand Russell was right:  There is not one word in the gospels in praise of intelligence.  On the contrary, at times Jesus seemed positively against it.

But no one denigrated intelligence and education more blatantly than the apostle Paul, the man supposedly responsible for writing 13 of the 27 New Testament books (and whose travel companions Mark and Luke are traditionally credited with writing a large portion of the rest of the New Testament). He boasted that his ministry deliberately avoided “wise and persuasive words” because faith, according to him, must not be founded on “words of human wisdom”(1 Cor. 2:1-4).

Like Jesus before him, Paul reveled in the knowledge that the overwhelming majority of his followers were not well-educated or highly intelligent (1 Cor. 1:26). He bluntly declared that the message he preached was “foolishness” to those not enlightened by supernatural revelation (v.18), nor could it be otherwise because the human mind cannot properly grasp spiritual things (1 Cor. 2:13-14). Paul employed a thoroughly dualistic framework which drew a sharp line between rationality and spiritual profundity.

Fighting Your Own Religion

So where does this leave the intellectual Christian today?  Clearly there have been many diverse intellectual traditions within the Christian faith over the centuries, some enjoying a rich and intellectually sophisticated history. Some of the greatest western thinkers were Christians, and some of them even made theology and biblical study their primary focus.  I cannot and will not deny that.

However, I am arguing that these highly intelligent people developed and contributed to their various traditions in spite of the pervasive anti-intellectualism found laced throughout the Bible. They serve as an excellent illustration of the human desire to understand the world better even in the midst of settings where such ambitions are disparaged. On behalf of the human race, I’m proud of their drive to know more, and to make sense of the religion which they were taught to believe (in most cases when they were still very young and impressionable).

Some of them will find that their quest ultimately leads them out of any tradition which significantly relies on the Bible as a guide for intelligent thought. Little by little they will come to see that each of the biblical writers brought his own prejudices and incomplete understandings into the process of producing that book. Some will eventually conclude that the book which they were taught is perfect really gets a large number of things wrong.

For some, this won’t deter them from worshiping the person of Jesus as they understand him from their own critical analysis of the gospels. How one can then reconstruct an accurate picture of this man from such a deeply flawed book will have to wait for another blog post. As far as I’m concerned, major progress has been made by anyone who has made it over the initial hurdle of the doctrine of biblical inerrancy. May their tribe increase, along with any others willing to defy the anti-intellectualism of the Bible.

Related: “The Absurdity of Inerrancy“

* It’s significant that an adamantly monotheistic religion would have Yahweh speaking of himself in the plural (Gen 3:22; see also 1:26, 11:7). Christians are quick to say this must point to the doctrine of the Trinity, but historians suggest that the earliest forms of the Hebrew religion were polytheistic, only later distinguishing themselves by ranking one god above the rest (“No other gods before me.”) 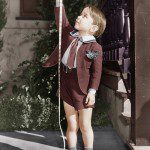 December 23, 2014
How Christianity Stunted My Relational Growth
Next Post 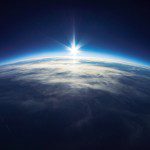 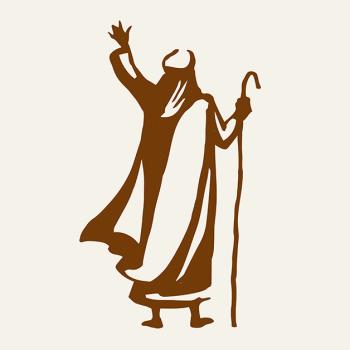