You Keep Forgetting to Take Up Your Cross

Recently a reader expressed indignation because once again I compared my leaving the Christian faith to growing up and “putting away childish things.”  It didn’t matter to him that once again I prefaced my comparison by acknowledging the intelligence of the people who don’t see it the same way.  He got defensive and told me I was the one being “adolescent” because I was talking as if I had discovered something that others haven’t. I responded that I understand his perspective and I can relate to the offense.  I figure it’s something akin to being told that your inability to believe in God is a result not of an intellectual difference but of a moral failing.  It’s upsetting because it belittles you, and besides that it feels like a misdiagnosis of what’s going on.  But I also told him that identifying with these feelings doesn’t change my evaluation of my own departure from the faith.

The fact that something offended you neither rules out the possibility that it was correct nor that it needed to be said out loud.

I really don’t get what compels people to spend as much time as many of them do reading blogs they disagree with and expressing offense at what they see there.  I can understand reading people whose perspective you know will challenge your beliefs in order to sharpen them. That’s just another way to keep learning and growing as a person, I suppose.  But some people seem only intent on expressing outrage at the nerve of anyone who doesn’t agree that their beliefs are valid.  I don’t get that.  It feels very insecure to me.  It’s one thing to take time to express your disagreements with people online–I do that, too.  But some appear to spend hours of every day engaging in endless debates about their beliefs, and they consistently get upset that others don’t agree with them that their religion is the only right one out of the thousands that exist.

This outrage strikes me as particularly ironic when it comes from a Christian.  The very founders of the Christian faith warned at the beginning that their message would be rejected by the masses, and that it would appear as foolishness to them.  Both Jesus and Paul told their followers that the world would not receive their message because it would not appear as an intellectually respectable system of belief.  Jesus even told his followers that they had to become more like little children in order to truly take part in what he had to offer.  Now you express anger and frustration that their words have turned out to be true?  Maybe your beef isn’t really with me.  Maybe your frustration should be directed somewhere else.

You Forgot to Take Up Your Cross 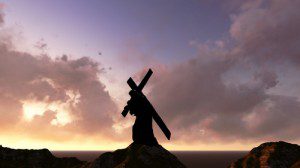 Jesus said you can’t be a follower of his unless you are willing to “take up your cross” and embrace the world’s rejection.  He was very clear that being counted among his people meant that you would be at odds with the rest of the world, and that it would entail scorn, condescension, and ridicule.  Paul was equally clear that his message would never appeal to the most educated among his listeners, and he embraced that reality.  He defiantly refused to couch his message in terms which would make it more academically respectable, and he insisted that it could only be received by those in whom a miraculous work had occurred in order to enable them to receive his words.

Why can’t you accept that?  Why must you castigate me for finding your message unbelievable?  Why take your frustration out on me?  Have you forgotten the things you were told about how you would appear to the rest of us?  Are you truly willing to go down this road you say you have been called to travel?  Have you really “counted the cost” and determined that what this faith has to offer you is worth losing the respect and approval of the rest of the world?

Perhaps you are expressing your anger at the wrong person.  Perhaps your problem isn’t really with me, it’s with the message you have been told you must believe.  I don’t blame you.  I found it unacceptable as well.  I wrestled and wrestled with the things I was told to believe for years, and in the end I determined they weren’t really believable.  I left them behind because they didn’t make sense—they didn’t add up.  Clearly you haven’t yet reached that point because  you are still defending those beliefs.  That’s cool.  I don’t really have problem with that.  What I have a problem with is you finding fault with me for not seeing things the way you do, and for calling on me to change the way I see you so that you won’t have to endure the shame of embracing the cross you say you have been called to embrace.

Do you really believe that?  Do you honestly think you are supposed to endure the scorn of the world for your beliefs?  I ask because my observation is that the versions of the Christian faith which dominate the religious landscape in my country cannot accept this calling.  In my country, Christians believe their religion should have a special place in government affairs, and they believe their religious text should be revered by the general public.  Come to think of it, politicians already traditionally place their hand on that very book whenever they take an oath to defend our country’s founding document, a document which ironically forbids the government from privileging one religion over all others.  They’re fine with this arrangement.  But suggest that any of that favoritism be removed and watch how the church responds.  They are outraged.  This cannot happen!  How dare anyone diminish the place of privilege the Christian faith has enjoyed in this country for two centuries!

Is this really what you’ve been called to?  Do you so quickly forget that your founder told you that if the world did not approve of him, then it will not approve of you?  If you find that on the contrary the world thinks you’re great and they wish there were more of you, could it be that you have become something entirely different from what your religion’s founders set out to make of you?

You can have the world respect your beliefs, or you can be a follower of Jesus, but you cannot have both.  And if you choose one over the other, please quit expressing outrage over a choice you yourself made.  I am not the one asking you to believe unbelievable things. 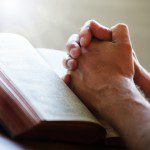 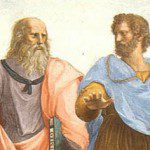 January 20, 2015 What Will Save Us from Our Own Subjectivity?
Recent Comments
0 | Leave a Comment
Browse Our Archives
Follow Us!