A Few Posts You May Have Missed 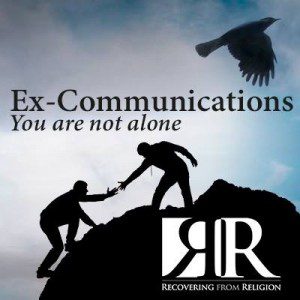 If you’re a regular reader of Godless in Dixie, you may still be missing a few of the articles I’ve written recently because I posted them on the Ex-Communications blog, a relatively new team blog for Recovering from Religion.  Recovering helps people unpack the baggage they accumulate as they work their way out of their religious upbringings, and as such they are uniquely sensitive to the issues encountered by apostates like myself. They already sponsor a Secular Therapist Project connecting people in need of counseling with advisers who are licensed mental health professionals capable of addressing the psychological and emotional needs of their clients without the religious underpinnings of so many other therapeutic settings.  Soon they will also be launching the much anticipated Hotline Project, a 24-hour call service to assist people in need of a listening ear to provide secular support when they need it most.  These are some great folks, and I look forward to working with them on these and many more upcoming projects.

In the meantime, if you haven’t already found those posts that I’ve written for them, follow the links here and check ’em out.  While you’re at it, click around in the Ex-Communications blog and read the other posts by Teresa MacBain, Captain Cassidy, Sarah Morehead, Kiran Opal, and Justin Vollmar.

“Learning to Embrace Blasphemy” – Is it a good idea to mock religion?  What positive purpose can that serve, and what are the parameters of a constructive criticism of religion?

“Trigger Warning: Christianity” – Elements within the Christian message can be triggers for people who have been on the receiving end of religious abuse.  Even those who were never treated badly while still in the faith can accumulate painful memories while dealing with the fallout from leaving their religion.

“Shame On You! (Is Good for the Church)” – I respond to Darrel Ray’s article about the relationship between male shame and female shame, and about the church’s tendency to use rules about sexuality in order to control people’s lives.

“Reading Through My Old Journals, I Found This” – Pulled from the pre-Patheos GiD articles, this old journal entry from more than a decade ago displays the torturous tension of a man torn between his religious beliefs and the insatiable curiosity of his own mind.

“The High Cost of Leaving Your Faith” – As a follow-up to the old journal post, I describe how intensely challenging and personal it can be to question the foundations of your own religion. Following those questions wherever they lead can cause you to lose things you care a great deal about.

“That Moment Your Preteen Starts Evangelizing You” – I recount a recent conversation that took place between myself and one of my daughters in which I become the target of familial evangelism. I have a budding apologist in my midst, and I ain’t even mad.

“Say It Ain’t Poe: When Fake Letters Say Exactly What Too Many Christians Think” – A breakdown of the many things that are wrong with an editorial letter that resurfaces from time to time charging that atheists need to leave the country because they’re un-American.

“Something I Think Jesus Got Right” – Jesus’s words about clean and unclean foods should have led to a more radical view of other things as well, but they didn’t.  His argument about foods could easily justify a more sex-positive view if it were to be applied more consistently.

“I Belong to Me: Learning Agency & Consent Outside Christianity” – Guest post by Dani Kelly that I reblogged because she so totally nails the topics of personal autonomy, relational boundaries, self-ownership, and consent. If you haven’t read it, please do.  It was eye-opening for me.

Check those articles out if you haven’t done so yet, and while you’re at it, get to know the other writers there as well. Please consider subscribing to either that blog or this one to make sure you don’t miss anything important from any of these writers. And as always, if you like what you read here and you want to help keep it going, please consider becoming a patron and sponsor Godless in Dixie through Patreon.  A few dollars a month from enough people is all it takes to make sure I can keep doing what I’m doing, and your support is much appreciated. 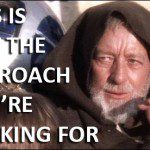 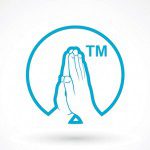