About twenty years ago a former Presbyterian minister who graduated from the same seminary from which I graduated killed an abortion doctor as well as his bodyguard, who was a retired Air Force Lieutenant Colonel, because he believed obedience to the Bible demanded it.  The killer’s name was Paul Hill and he had become quite taken with theonomy, a variation of Reformed theology which argues that the Old Testament legal system should be recontextualized for modern society and made the law of the land.  Because he believed abortion was murder, he believed it was therefore right and good to take the lives of those who take the lives of others.  Ironically, ten years after Hill took the lives of both the doctor and the soldier, the state of Florida took his life via lethal injection.  An eye for an eye indeed.

Did Hill’s religion lead him to kill?  Well, yes and no.  I’ve known several theonomists and I’ve had debates over theology with many who subscribe to the same theology that Hill subscribed to but none of them are killers.  None of them ever argued that we should take legal matters into our own hands and go around executing people who don’t follow the Old Testament law. On the contrary, everyone else I’ve ever heard talk about this from that perspective condemned Hill’s murderous actions in no uncertain terms.  Why did it seem like a logical outworking of that system to him but not to everyone else?  The answer is simple:  It’s because most people aren’t psychotic.  Most people don’t use their ideologies to justify killing people, and the ones who do generally do not get the backing of the communities to which they belong because most people value human life more than that.

You can argue that his ideology didn’t provide sufficient condemnation for retributive murder, and perhaps there’s some room for that discussion.  But it’s simply not fair to lay the blame for his actions at the feet of his theology.  Anyone who understands that ideology well knows that even for theonomists Jesus’s censure of retributive violence in the New Testament trumps that element within the Mosaic law.  Hill should have understood that, but he didn’t.  Was that the fault of his theological system?  No, it was the result of a dysfunctional personality.  Normal healthy people don’t go out and commit premeditated murder because of their ideology.*  Any fair appraisal of his story will acknowledge that.

Two days ago a self-described anti-theist named Craig Hicks murdered three young Muslims just outside the campus of UNC at Chapel Hill. The victims, who were of Syrian descent but were all raised in North Carolina, were well-known leaders of the Muslim Student Association at N.C. State. One of the victims was a dentistry student who was planning to take a trip to visit Syrian refugees to provide volunteer medical help for the children in the camps.  This story is just heartbreaking any way you look at it.  Reports so far indicate that Hicks’s crime was motivated by an ongoing dispute over parking spaces in their condominium.  A quick glance at his Facebook page indicates that he regularly criticizes religion and posts the same anti-theistic memes that make the rounds among others who feel the same way about religion.  Members of the online atheist communities to which I’m connected have unanimously condemned Hicks’s actions and have voiced their support of the Muslim community in the midst of this tragedy. The Foundation Beyond Belief has even set up a page for people to donate to the Syrian American Medical Society, to which Deah Shaddy Barakat belonged.

Several journalists and news outlets have already piled onto the atheist community and have laid the blame for this murder on them, and in the coming weeks I’m sure religious publications will capitalize on this tragedy as well, claiming that atheism led this man to murder.  I don’t think that’s a fair assessment, even though I don’t think any ideology is immune to criticism. The atheist community needs to have an ongoing discussion about prejudice and bigotry within our own ranks just as any other community does.  Unfortunately xenophobia, racism, and intolerance are present in our community just as much as they are in anyone else’s.  I don’t think Hicks’s atheism led him to murder because, just as my theonomist friends condemned the crimes of Paul Hill, the freethought community universally condemns this murder.  Normal, healthy people don’t kill over parking spaces.

Taking Ownership of Your Own Tribe

But we still need to talk about these things.  We need to address things like hatred for people who are different from us.  We still need to talk about which uses of social media are constructive and which ones aren’t.  We still need to discuss the need for real-life communities for non-theists where positive, healthy social behaviors are modeled so that the seeds of hatred and discrimination will be less likely to take root among those who count themselves among our number.  It is my belief that atheists of all people should intrinsically value the preciousness of life precisely because we believe we only get one life to live.  But people still need to be connected to groups that deliberately reinforce those values in order to make them stick. It appears that this man had no such community.  I think that’s something we need to work on.

In other words, while I don’t identify with Craig Hicks’s murderous actions, at some level I must take ownership of what he has done because he identifies with my community.  While I self-identify as an anti-fundamentalist and not an anti-theist, that doesn’t mean I don’t have my moments when I fail to value the perspective of people who think differently from me, and I’m willing to bet that I’ve forwarded some of the same links and memes that he has at some point or another.  I checked and we do in fact have one common Facebook friend (whatever that means these days).

All the information about this case is not yet in, but I don’t think it’s too soon to ask questions about the cultural values of non-theism.  Ed Brayton over at Freethought Blogs puts it this way:

I think one thing it brings into focus is the fact that atheism is not enough. Atheism only indicates what you don’t believe, not what you do believe, not the ideals by which you live your life. For that we need more. For me, that more is humanism, but not all atheists are humanist. And some atheists, as we’ve learned from harsh experience over the last few years, are really terrible people. I see no need to run from that fact or pretend otherwise.

He’s right.  Atheism is just the beginning.  Saying you’re an atheist only answers one question; it doesn’t really tell me enough about you to know if we share the same values.  I call myself a humanist precisely because I believe people need a larger belief structure, a replacement culture for the religious ones so many of us have left behind.  Just because we’ve answered the God question to our own satisfaction doesn’t mean we’ve really begun to tackle the practical issues related to shaping human behavior in ways that help to make the world a better place.  More is needed for that, and it’s at moments like this when we must take inventory of the things within our own culture which bring out the worst in people who count themselves a part of our community.

* An argument can be made that when I say “normal healthy people don’t go out and commit premeditated murder because of their ideology,” this doesn’t sufficiently explain those religious extremists who band together in networks and topple skyscrapers.  I would argue that regions of the world dominated by poverty, despotism, and crime do not produce the “normal healthy people” to which I’m referring. It’s not always about mental illness.  People living in highly adverse conditions can become just as susceptible to violent ideologies. 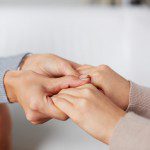 February 10, 2015
What’s Wrong with Telling an Atheist You'll Pray for Her?
Next Post 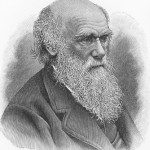