Critiquing Religion without Being a Jerk

Critiquing Religion without Being a Jerk March 3, 2015 Neil Carter

From time to time I find I have to clarify where I locate myself in the broad spectrum of non-theistic belief.  There are many different approaches and many different sets of convictions, and honestly I see at least some value in most of them, even for the ones with which I don’t fully identify.  Some folks are vehemently anti-theistic and they oppose all religion, seeing it all as a kind of mental virus holding us back as a species. On the opposite extreme there are others who see religion as a useful element of civilization, a sort of “white lie” that serves a beneficial function despite its erroneous nature. Still others who have never had reason to deal with highly religious people think the whole thing should just be ignored like so much background noise that only causes a problem if you decide to focus on it too much.

My posture toward religion is complex.  For one thing, there are so many different varieties of religion that I can’t even say what my feeling toward it is until it’s been clarified which one we’re discussing. Even the simple question “Do you believe in God?” presents a misleadingly binary choice, as if there were only one possible deity and only two possible choices regarding its existence. People presume to insert their own favorite deity as if it were the only one requiring evaluation but that’s simply not the case.  I don’t care to spend any more time convincing a Christian that his God isn’t real than he is willing to spend demonstrating to me why Allah isn’t, or Vishnu, or even the God of the deists for that matter.  If he wants to go down that road, he probably won’t like where it leads.

All religions are not equally harmful, but most of them that I’ve seen clearly have tendencies which, if not kept in check, lead to some really unhealthy thinking and behavior. Each one that I’ve encountered contains some elements that are anti-humanistic and others which are pro-humanistic.  Often both trajectories are happening at the same time, like the way a wave pushes you one direction while an undercurrent pulls your legs out from under you in the other direction, throwing you off balance.  With all that going on at once I find I have to tailor my response to what’s being said at the moment according to which direction I feel like I’m being pushed or pulled.

A Layered Response to a Layered Problem

I am going to say negative things about religion.  I am going to critique those beliefs which I feel aren’t based in reality.  The fact that criticizing a belief will offend some people is not sufficient reason for me to refrain from doing so.  I mean, honestly, I correct bad thinking for a living.  It’s my job.  I’m an educator, for crying out loud.  Correcting misinformation is one of the crucial functions people like me are paid to serve in society. Of course I’m not permitted to address religion in my classroom because the law prohibits it and I respect that.  But that doesn’t mean it makes sense to avoid the topic everywhere else.  On the contrary, bad ideas need to be challenged because ideas have consequences. 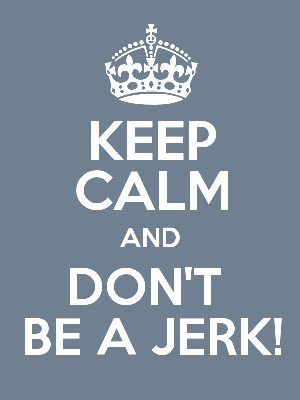 But critiquing religion doesn’t mean I have to be a jerk about it.  I have enough sense to know that analyzing one’s own religion is difficult, and having someone else do it is upsetting.  It’s like someone just slapped your mama, and now you’ve gotta start throwing punches because nobody slaps your mama.  I get that.  And yet so many people don’t.  They show up to a discussion throwing around derogatory labels like a bull in a china shop and then they can’t believe that other people have the nerve to get upset about all the broken glass.

I will never understand this obliviousness to other people.  I count it a mark against a person’s intelligence if they’re just smart enough to see what’s wrong with other people’s beliefs but they’re not smart enough to figure out which modes of discussion totally shut down the other person’s ability to hear anything they’re saying. Perhaps they just don’t care, but I feel that a truly intelligent person can find ways to communicate which help rather than hinder the process of learning.  And that goes for both sides, because I’m not so arrogant as to believe that there’s nothing I can learn from the other person, and I don’t understand people who think that way.  I love what Bill Nye says:

Everyone you will ever meet knows something you don’t.

Now, I’m not saying their beliefs in magic are correct, or that I’m obligated in some way to “respect their beliefs” as if ideas are people and aren’t to be harmed. What I’m trying to say is that you will see me come at religion from multiple angles because there are many different kinds of religion, and even within each kind there are contrasting impulses, some good and some bad.  I reserve the right to determine for myself which one I’m being presented with and as a result I may seem to talk out of both sides of my mouth.  There’s a good reason for that.

Like most things produced by people, religion is complex and the most reasonable response to it should be equally complex.  There is a balance that I think we should be striving toward whereby we neither lunge all the way into thoughtless knee-jerk reaction against everything that smacks of transcendence (whether or not we personally believe in it) nor foolishly endorse ways of thinking which entitle controlling people to take advantage of those around them.  Somewhere there is a balance.  Somewhere between the extremes is where you should expect to find me. 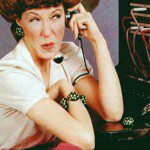 February 27, 2015
Announcing the Launch of the Secular Hotline Project!
Next Post 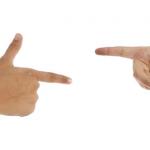 March 6, 2015 Ten Things Christians Accidentally Tell Me About Themselves
Recent Comments
0 | Leave a Comment
Browse Our Archives
get the latest updates from
Godless in Dixie
and the Patheos
Nonreligious
Channel
POPULAR AT PATHEOS Nonreligious
1