Ten Things Christians Accidentally Tell Me About Themselves 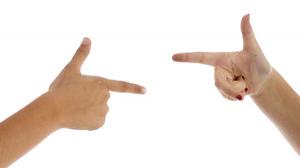 Say what you want about Sigmund Freud, but bizarre obsessions aside, the man came up with some brilliant observations about human behavior. One of his greatest contributions to the study of human behavior was his description of defense mechanisms, those quirky little things we all do to make us feel better about ourselves. Lately I’ve noticed that one defense mechanism in particular, projection, happens a lot when Christians talk about how they perceive my unbelief. Wikipedia summarizes the concept pretty succinctly:

Freud considered that in projection thoughts, motivations, desires, and feelings that cannot be accepted as one’s own are dealt with by being placed in the outside world and attributed to someone else.

I would be slower to call them on this if it didn’t happen with such amazing regularity, or if I hadn’t already experienced life on both sides of this ideological gulf. But both are the case and as a result, these have become so glaringly obvious to me that I’ve been itching to spell them out. So here goes…

1.  Your worldview is egocentric and puts you at the center of all things. This is highly ironic because the opposite is really the case. I see myself as one organism among gazillions on my planet alone, and my planet is only one among, what, trillions? Far from being the center of the universe, most non-theists like myself face a greater challenge in dealing with our own relative insignificance in the vast scheme of things. Contrast this with the narrative that says one single personality created everything that exists, and he happens to care immensely about the littlest detail of your day. He hears everything you say (and think!) and he orchestrates every event in your life to make things go exactly as they should. I don’t know that you could get any more egocentric than that right there.

2. You’re closed-minded, unwilling to admit that you could be wrong. This is particularly ironic when it comes from someone who still adheres to the same religion today as the one into which he was born. By contrast, I have walked through a spectrum of beliefs and eventually worked my way out the belief system I was born into, and I question what I believe every day. I’ve given quite a lot of thought to how many things would change my mind about what I believe today, and yet most often when they are asked what would change their mind, the answer is “nothing.”

3. You crave absolute certainty, and you think science is infallible. First of all, that’s not how science works.  Anything science says today could be proven wrong tomorrow, although it will be replaced by even better science, not by religious dogma.  While the scientific method can greatly reduce the distorting influence of personal bias, it never eliminates it completely. But about that obsession with certainty…I’ve often said that certainty is the currency of fundamentalism. I say that because I’ve noticed that in church speak it’s the ones who are the most confident in what they believe who have the most authority.  From my perspective however, being unwilling to admit that you can be wrong is a weakness, not a strength.

4. You’re a moral relativist. I’ve never met an atheist who believes you can morally justify genocide, and yet I could name at least a dozen Christian friends who would say that as long as God commands people to do it, it’s okay. In one breath they will say it’s never okay for a father to murder his own child, but then they’ll turn around and argue that both Abraham and Yahweh should be praised for being willing to take the lives of their own sons by their own hand. The Divine Command Theory of morality is the most slippery, relativistic moral system I’ve ever encountered. Under that system, virtually anything can be called “good” so long as it can be asserted that God commanded it.

5. You think everything just poofed into existence. I don’t have enough faith to be an atheist. Are they now suggesting that faith is a bad thing to have, or that you can have “too much?” And how are they defining faith now? Are they using the word “faith” here to mean we lack sufficient information to draw reliable conclusions but we’re going to run ahead with our beliefs in spite of that? Have they thought through the implications of accepting that definition of faith?  But back to the first part: Why is it bad for us to say the universe “just is,” and wasn’t made by a person, but it’s fine for them to say there is a Giant Invisible Person who “just is,” and wasn’t made by anything or anyone? I don’t see how that’s an improvement on this philosophical conundrum. And for Pete’s sake, the sheer fact that we don’t understand how the universe became what it is does NOT automatically mean that your Giant Invisible Person hypothesis is the only alternative and is automatically correct.

6. You’re infringing on my religious liberty. This comes up among American evangelicals A LOT.  Whenever secularists demand that federal, state, and local governments honor the U.S. Constitution’s separation of church and state, Christians of several stripes cry foul. This keeps happening around the issue of marriage equality, a case in which they’re on the wrong side of the law.  Mark Caddo once said:

The problem with being privileged your whole life is that because you have had that privilege for so long, equality starts to look like oppression.

Every level of government in the United States is designed to be religiously neutral. But Christians have become so accustomed to privilege that the tiniest reduction of it feels like persecution. Even the progressive Christians have been getting on to the rest of the church for this for some time.

7. You want everyone to think the same as you.  You have an agenda, and are being predatory. Freethinkers place a high premium on critical thinking skills and personal autonomy, so they’re not overly fond of people being told what to think. Fundamentalist and evangelical Christians have the hardest time accepting this. They instinctively assume that everyone works off of a sacrosanct canon of doctrines and they never believe us when we tell them we’re fine with people thinking for themselves. They want everyone to live like Christians (however they define that), and some of them even try to make that happen by force of law. Because they are so often blind to the place of privilege they’ve enjoyed, when we push back they mistake our resistance for unprovoked aggression.

8. You don’t really believe what you say you believe; your actions betray you. Because a verse in the Bible claims that deep down even polytheists are closet Abrahamic monotheists, many Christians cannot accept that atheists really don’t believe in any gods at all. I’ve already discussed how this makes their definition of the word “atheist” so fuzzy and imprecise that they will even use it for theists who just aren’t fully committed to the Christian faith. A favorite trick of apologists is to say that anytime you posit a difference between right and wrong you are “borrowing from their worldview.” That’s a facile assertion to make but it always seems to satisfy them just fine. The ironic thing is that Christians say they believe in things like prayer, miracles, and life after death and yet they know good and well they have to seek out real medical treatment for their illnesses and they resist death perhaps even more passionately than people who believe this one life is all we get. They pay beautiful lipservice to the notion of trusting God for everything and yet they worry and work just as hard as everyone else at making the things happen which they say they are trusting God to accomplish. If I were to ignore what Christians say they believe and only look at what they do, I would conclude that they don’t really believe in prayer, or healing, or heaven, or even hell. If they really believed in those things as much as they seem to think they do, it would produce behaviors that frankly would make it impossible to maintain a normal life of any kind.

9. You just want God to give you things. Christians clearly feel a need to attribute apostasy to anything and everything besides logical inference, and their favorite explanation is that our motives were ignoble. Perhaps we are being motivated by selfish desires for wealth, prosperity, or importance. We often speak about the ineffectiveness of prayer, but centuries of experience have taught them to cite that objection as another evidence that we just want things and if God won’t give them to us then we’ll just leave. Meanwhile they’re looking forward to mansions in heaven on streets of gold, and an eternity of bliss and health in the afterlife.

10.  You’re obsessed with sex.  Not everyone runs into this one but some Christians see virtually all movement toward non-belief as an excuse for sexual freedom. They interpret sincere questioning of the tenets of their faith as attempts to be free from moral restraint, meaning more sex. This is particularly telling. Now, I’ll be among the first to tell you that I love sex. I consider myself a “sex-positive” person, and I think the principles of humanism track perfectly well with owning and enjoying your own body. But sex only takes up so much time of your day, you know? Meanwhile a disproportionate amount of Christian culture is taken up with pursuing sexual “purity,” as if measuring one’s restraint on this single item overrules all other indicators of moral fortitude. Christianity has a major hangup about sex, and its multiplication of rules around that single topic amounts to collective neurosis.

I keep thinking of more examples of projection but I’ve listed enough for now. I’ll simply conclude by warning that you should take care what you say about other people because it tells them as much about you as it does about them.  It reminds me of an old joke that showed up in the movie What About Bob?

The doctor says to him, “You are obsessed with sex.”

He replies, “Well, you’re the one drawing all the dirty pictures!“ 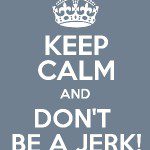 March 3, 2015
Critiquing Religion without Being a Jerk
Next Post 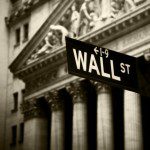 March 10, 2015 When Beliefs Are "Too Big To Fail"
Recent Comments
0 | Leave a Comment
"yet still these people refuse, hoping for some other form of miraculous salvation.Not seeing the ..."
gnaddrig Why the Church Keeps Getting Covid ..."
"Without disputing any of your factors, there is another factor at play here; many parents ..."
Jessica Making Space for Non-Binary Children In ..."
"The problem with personal testimonies is that while they may be true for the person ..."
Michael Neville Christians Need Their Faith to Be ..."
"Neil said:When you leave the Christian faith, people come out of the woodwork to impugn ..."
Clancy Christians Need Their Faith to Be ..."
Browse Our Archives
get the latest updates from
Godless in Dixie
and the Patheos
Nonreligious
Channel
POPULAR AT PATHEOS Nonreligious
1