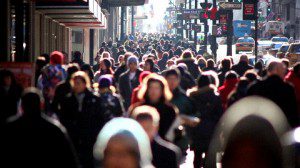 By now you may have heard of “the nones,” those religiously non-affiliated Americans who now make up nearly a quarter of the overall population and a full third of Americans under the age of thirty.  The press and the media have begun to take notice and lately we’ve seen a growing number of stories drawing attention to their presence.  In fact, since the Pew Research Center first alerted us to this startling development in 2012, the nones have added another 7.5 million to their number. That’s over a period of only two years.

The problem with this designation is that it lacks precision and includes a wide range of categories from full-on atheist to merely disinterested to “spiritual but not religious.” It sometimes even means a Christian who just doesn’t like going to church much and doesn’t like getting labeled. “Unaffiliated” can mean a lot of things, and it doesn’t really tell me enough about what matters to people when I hear they’re a part of “the nones.” Some of them grew up entirely removed from a religious subculture. To them, all the Jesus talk just sounds strange and foreign, and for the life of them they can’t figure out what people are getting worked up about.  Others had at least a minimal exposure to religious indoctrination but it never really sank in. They shrugged it off and went on their merry way, unaffected by it all.

But there is a subcategory among the nones that hasn’t gotten as much attention because too often they get lost in the shuffle.  I’m talking about the “dones.”  The dones are those who have been there and done that, and probably have a t-shirt (or thirty).  I’ve got drawers full of them in fact, as does anybody else who has spent any amount of time in church youth culture.  People like me aren’t just unaffiliated, we are anti-affiliated. We were once in the thick of it, but then we left and have no interest in going back.  Unlike many of our counterparts among the nones, we know much more intimately what it is that we’re staying away from because we spent years inside that world and we’ve had enough to last us a lifetime, thankyouverymuch.

Which makes us a baffling case to many evangelical Christians, because they weren’t really prepared to encounter people like us.  They were taught to believe that anyone who is unsaved must not have heard all the right things yet.  Maybe we haven’t been exposed to the right scriptures yet, or maybe our hearts were just always hardened by the Devil, and it’s just a matter of waiting until we have an emotionally compromised moment so that they can pounce on us with the good news.

That’s why they have such a hard time believing us when we say, “Yeah, been there and done that.”  That’s not how it’s supposed to work.  Once you’re “in” you’re not really supposed to want “out.”  Some of them were even taught that anyone who leaves must not have ever been a real Christian in the first place. Doesn’t even matter if we had twenty years of passionate devotion to Jesus, we can all be dismissed without a further thought because if we ever stop doing it, that invalidates everything we did up until then.  What a convenient way to dismiss people instead of wrestling with anything they have to say!

The dones are a little different from the rest of the nones, so I’d like to take a minute to enumerate a handful of traits that distinguish us from our other non-involved counterparts.

What’s Different about the Dones?

1) We tend to identify with believers more naturally since we used to be among them, and we often find it easier to show empathy for people of faith for that reason.  Many of the nones can’t imagine what it’s like seeing the world through the eyes of faith, but we can quite easily. Consequently, we aren’t as prone to talk down to the devout, as if we feel we are intellectually superior to them.  I’m not saying we don’t feel that they’re not thinking hard enough, I’m just saying we don’t assume this means they’re dumb. Sometimes this gives us more patience when interacting with people who still believe all the same things they were taught while they were too young to decide about these things for themselves.

2) On the other hand, we may have a shorter fuse toward religious sales pitches because we’ve already been beaten over the head with them all our lives. In other words, while we may be far more patient than the other nones toward this kind of talk, we also might be so burned out on it that it’s all become an emotional trigger for us. Some of us struggled so intensely with our own doubts and with their social consequences that we’ve developed baggage about these things. So don’t be surprised if sometimes we go off on you when you try to evangelize us. We’ve probably been the target of such tactics more times than we can count, and it gets exasperating.

3) We care more about this stuff, and take it personally, because of the personal investment and all the relationships we have.  People often ask us: “Why don’t you move on? Why do you let it affect you so?”  The answer is that we have deep personal roots in these narratives, and so do those who are closest to us. If you’re like me then you may have even invested years of your life into the study of the New Testament and religion in general, so those remain topics about which you have strong interests and opinions. And whenever people like me are exposed to church and Christian culture, it affects us more than others because we spent so many years personally involved.

4) Coming out is a lot harder for us because of the aforementioned relationships and past history. Once we’ve finally “come out,” we then have a near-impossible tightrope to walk because of our relationships with religious family and friends. The nones don’t always get that.  They sometimes simplistically urge us to shut people out of our lives who are trying to re-integrate us into conformity to their group. But these are our closest friends and family. It’s not that simple.  Maybe you could just uproot your life and leave behind everyone you love without a care and without shedding a tear. But if you’re getting onto us for this, it’s more likely that the cost of leaving it all behind just wasn’t as high for you and you’re just failing to show empathy.

5) We grasp how ideology can be as powerful a motivator as money or power. There’s been a lot of discussion these past few years about the socioeconomic and geopolitical reasons for things like terrorism and extremism of various kinds. For what it’s worth, I can see their point.  Our responses to these things should be as multi-layered and as complex as the problems themselves, and it won’t help anybody to always boil complicated things down to one single issue as some are wont to do.  But groups and even nations really can do amazingly irrational and destructive things for no other reason than religious ideology. We get that because we’ve been people of faith ourselves. Those who never have been just don’t get that. Money isn’t the only thing that motivates human beings.

6) We’ve already sampled the goods. We’ve seen the best our former religion has to offer, and we’ve seen the worst, too.  The sales pitches don’t work on us because we’ve already heard them.  In fact, we’ve probably already used them ourselves, and have even led workshops teaching others how to do it!  What’s more, many of us stuck around long enough to watch the novelty of it all wear off. We stuck around to see that the promises our religions make never really materialize. Some learn to play the game of rationalizing why that happens, and we did, too. But we stuck with it long enough to see through the games and realized we were only fooling ourselves.

7) We know what you believe in. We can probably state your views better than you can.  You really don’t have to go through the whole spiel again. I know it would make you feel better, but for whom are you really doing this?  Do you have to say all these pre-rehearsed things just to make yourselves feel better?  Once we tell you we’ve heard all of this before, that in fact we can summarize it all better than you can, why don’t you just leave us be?  You can push too hard until it backfires, you know.  You really should consider the possibility that you turn more people away by being overly pushy and by being unable to hear us when we say we’ve heard all of this before.

It may very well be that your approach needs to be tweaked.  Or, you know, scrapped entirely. I certainly don’t think you should try using the exact same approach to people like me that you use on people who have never participated in the world of symbols in which you now swim.  What’s more, you’re answering questions we don’t even have. You’re selling us the cure for a disease we’ve come to see as manufactured.  The kind of evangelism you were taught to use on us may have fit a previous generation, but our generation has already been there and done that. I’m telling you it won’t get traction for people like me.

In other words, I’m saying that maybe all of us are a little bit “done” in the sense that we are living in a post-Christian culture.  Stuff that impacted people 50 years ago just doesn’t resonate like it used to, so maybe you need to seriously rethink how you contextualize your “good news.”  We are all a little bit “done” in a way.  You should probably rethink what you’re doing instead of repeating the exact same canned speeches and gimmicks you learned back when women wore shoulder pads and mullets weren’t yet uncool.

Then again, maybe I’m just wasting my time. If you feel that everything you’re doing is dictated by God and is unchangeable, you are unable (or at least unwilling) to learn anything new. Your mind is closed and now you’re in a bubble.  Just don’t expect people like me to want to come live inside there. There’s a bigger world out here and we’re “done” with that one. 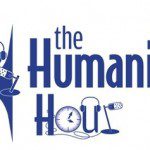 March 25, 2015
This Week on the Humanist Hour: Godless in Dixie
Next Post 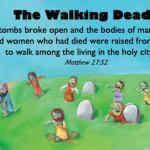 March 29, 2015 The Greatest Story Never Told
Recent Comments
0 | Leave a Comment
Browse Our Archives
get the latest from
Godless in Dixie
Sign up for our newsletter
POPULAR AT PATHEOS Nonreligious
1