Congratulations to Vyckie Garrison, the 2014 “Atheist of the Year!”

This past weekend I had the pleasure of participating in the American Atheists 2015 National Convention at the famous Peabody Hotel in Memphis, Tennessee.  The hotel was beautiful, the speakers were top notch, and the company was delightful. I spent a good chunk of my time working a table for Recovering from Religion in my new role as their Director of Group Development as well as plugging their new Hotline Project, which in the space of a month has already received over a thousand calls. I also had the honor of presenting a workshop on “Southern Atheist Living” alongside Mandisa Thomas of Black Nonbelievers and Liz Hoffmaster of the Memphis Atheists. Then to top off the weekend, we were treated to the guys from MST3K riffing their way through a live showing of God’s Not Dead. I cannot imagine a more enjoyable way to watch that cinematic disaster. It was glorious.

I am thrilled to see secular organizations in America targeting the South because I believe it is the fountainhead of the culture wars, despite its relative economic disadvantanges. This region of the country wields a disproportionate influence over national politics for a number of reasons that I’ve written about before here, here, and here (tl;dr: it’s about the Southern Strategy), and it’s clearly the seedbed for many national denominational trends. In September of this year Apostacon will also be held in the South—in Dallas to be exact—which means even more southern groups will get a chance to meet each other and network, drawing strength from the greater numbers while also having a great time. 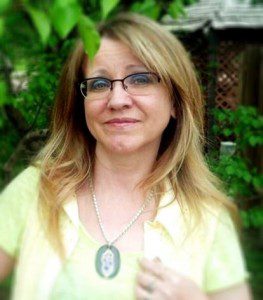 Every year at the American Atheists Convention they select an “Atheist of the Year,” and this year they named Vyckie Garrison of No Longer Quivering (love that title!). Those of you who know her story know how she escaped an oppressive fundamentalist context and now specializes in helping other women unpack the baggage of their own patriarchal captivities.  I can’t read much of her story before I get angry at the way that religious extremism nurtures and enhances the worst impulses among the unstable, most notably among insecure men who enjoy ruling over their families like despots. If you haven’t read it before, you must read the piece Vyckie wrote for Alternet about how aspects of abusive relationships so easily take root inside of a fundamentalist mindset. You also should follow the blog she started on Patheos if you haven’t ever caught it before.

Vyckie’s selection for Atheist of the Year marks three years in a row that a formerly fundamentalist woman has earned the honor, and it’s not difficult to see why.  Previously this honor was given to Teresa MacBain (2012) of The Clergy Project and to Sarah Morehead (2013) of Recovering from Religion. Each of these women knows too well the deleterious effects of fundamentalism on individuals, families, and on the culture in general. Frans de Waal once opined:

Possibly, the religion one leaves behind carries over into the sort of atheism one embraces.

I think he’s right. Some of the most fiercely motivated atheist writers and activists came from unhealthy expressions of their former faith. I can relate in my own way, even though I was never in an abusive situation nor can I relate to what it’s like being treated like a second class citizen by virtue of my sex. But I know how passionate it can make a person when he or she has to witness the ugly underbelly of religion, which I feel like I came to know only after I left it.  It’s no wonder to me that these women bring tireless commitment and compassionate empathy to their work in helping others recover from their own destructive forms of religion.

All three of these women are hard workers, gifted communicators, and are quickly becoming favorite people of mine.  They have helped so many people walk through their own personal hells, and each of them has contributed so much to the freethinking community. I’m quite pleased to see them recognized for their hard work and sacrifice. 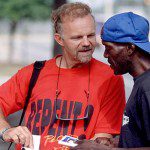 April 10, 2015 A Reader Asks: How Do I Deter Proselytizers?
Recent Comments
0 | Leave a Comment
"Your story is very similar to mine. I'm about one year out from asking my ..."
Aubrey McPherson How Christianity Stunted My Relational Growth
"The same line of, hm, reasoning makes translating the Bible superfluous: "If English was good ..."
gnaddrig Seven Bad Arguments for the Resurrection ..."
"Another anecdote. My best friend is a senior counsellor, not a x-tian with a much ..."
Jennny Making Space for Non-Binary Children In ..."
"yet still these people refuse, hoping for some other form of miraculous salvation.Not seeing the ..."
gnaddrig Why the Church Keeps Getting Covid ..."
Browse Our Archives
get the latest updates from
Godless in Dixie
and the Patheos
Nonreligious
Channel
POPULAR AT PATHEOS Nonreligious
1

Nonreligious
What Kind of Parent Would Your Faith Make?
Godless in Dixie
TRENDING AT PATHEOS Nonreligious