Why I Don’t Fit In, and Why That’s a Good Thing 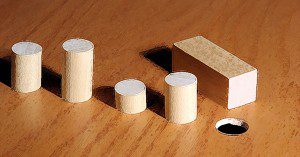 [Today’s guest post is written by Beth Caplin Stoneburner, who is a YA author, a Christian, and a moderator for this blog.]

Despite the shiny, new toy appeal of faith when I became a Christian in college, I was reluctant to ever wear a cross around my neck like so many of my friends did. Doing so meant that certain assumptions would be made: that I was probably raised a Christian, that the cultural components of Christianity were as ingrained in my daily life as breathing, and sadly, that my view of the world at large and of those who believed differently than I did was ignorant and narrow.

Most importantly, a cross around my neck would conceal one aspect of my identity that I don’t share with most people I know: that I was raised Jewish.

When I meet atheists today (or non-religious people in general), they often doubt me when I say I understand what it’s like to be a minority. I completely understand their confusion: Christianity in the United States is everywhere from the Pledge of Allegiance, imprints on our currency, sale of alcohol on Sundays in some places, and so much more. I can barely wrap my head around it. From where they sit, it seems like American cultural norms were catered specifically for my ilk, and they are absolutely right.

But for a girl who was asked by her elementary art teacher why she was the only kid in class not making a Christmas ornament (and was advised to make one anyway to hang on her menorah), who was told by well-intentioned classmates that her family members would burn in hell without Jesus, who asked her teacher to give her own presentation on Hanukkah in December because the school curriculum didn’t cover it, I understand being different more than I would like.

I remember being the only kid in school who wasn’t wearing a Saint Mary’s retreat shirt two Mondays each month, with distasteful slogans such as “Stop Drop and Roll Doesn’t Work in Hell.” I remember coming out of synagogue to find all the cars in the parking lot had tracts on the windshields, and I wondered why it was so hard for other Christians to simply leave us be – we weren’t harming anyone.

So what was so attractive about Christianity to me, you might ask? Even without formal religious education, I was always intrigued by the notion of a personal god. A god that came to earth in human form so we could know him was appealing, yet in Judaism, this kind of god was absolutely heretical.

But I needed this kind of personal god when my closest friends ditched me in middle school; when my father was diagnosed with cancer and I had no one to confide in; and finally, when a close friend killed himself in eighth grade, and I was devastated beyond measure. I needed to believe in a powerful being who would eventually right all wrongs and make broken things new when the man I loved raped me and walked. I leaned on this god so much that I knew, eventually, I would have to go “all in” if I wanted a supportive community to go with it. So by the time I was 19, I took the risk and dove in.

For the first time in my life, I got to be “in” with the majority, and it was wonderful. I learned to speak their language, sing their songs, and walk their walk. It was everything I wanted for a while…until my past caught up with me.

I found I had nothing to contribute when my Bible study friends discussed their family plans for Christmas and Easter. I kept my mouth shut when they talked about their “lost” classmates who needed to hear the Gospel message, which triggered the memory of being told my uncle, who died of a heart attack, was in hell. Though that incident happened over a decade ago, the resulting bitterness never quite left me. It hurt me to hear such callousness, and I knew all too well what the students these girls preached to might have felt when they were treated like projects instead of friends.

In our lessons on How to Evangelize, the methods seemed downright juvenile and demeaning: we were taught to draw little crosses on napkins or notebook paper—whatever was available – to demonstrate the bridge God made between himself and mankind. Yet, the closest Christian friends I had growing up were those who talked about their faith the way most people talk about their significant others – with warmth and sincerity. When there was no underlying agenda, there was no pressure or temptation for me to invent an excuse to run away. Rather, there was curiosity that prompted me to ask questions, and they would point those questions back to me in return. These were people I had two-way conversations with, where both participants had equal sharing time and made me feel appreciated – imagine that.

It’s hard not to feel alone in church when surrounded by people who have lived their entire lives in evangelical bubbles. For a time, I used to think my place in church was to educate other Christians about the Jewish roots of our faith, as many of my friends had no idea that Jesus was even a Jew (sadly, yes, my small town was that sheltered). Today, I think my place in church is to calmly and kindly explain to others how they might sound to non-believers when reciting pre-programmed analogies, metaphors, and apologetic lines in their effort to win converts. I feel a need to explain, using my own experiences, that treating people like fixer-uppers is not loving them, but alienating them.

I know how stressful it can be when your faith is falling apart, and the rigid devotion of the rest of your clan is so intense that it doesn’t allow for much in the way of reasonable discourse. Atheists who used to be Christian shouldn’t feel afraid to admit as much to people who are still strong in the faith. I can honestly say that being a reader of Godless in Dixie has been, at times, like looking at a reflection of my former zealot self. I have no idea how many potential friends I might have scared away, and that is something I deeply regret. 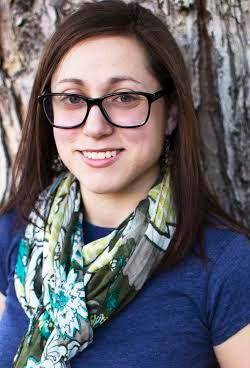 Beth Stoneburner is an author under the name Sarahbeth Caplin, and blogs about religion, feminism, and more at sbethcaplin.com. She lives in northern Colorado with her husband and two cat children, and is working on an MFA in Creative Writing at Colorado State. 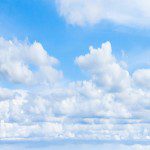 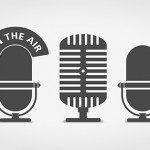