On the 25th Anniversary of My Conversion 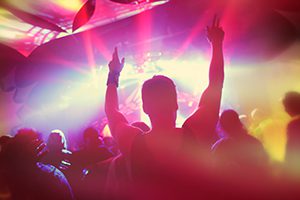 I got “saved” 25 years ago today.  Not everybody has a dramatic conversion story to tell, but I do. I had one of those celebrated “Damascus Road” turnarounds, or at least that’s how I learned to describe it over time.

I was raised in church and I always believed there was a God and I always believed Jesus was uniquely the savior of the world (or at least the savior of those who “tag up” by professing faith in him), but there was a clear moment in which those beliefs began to matter to me personally.  Unlike some people (I’d name them but the list is endless), I would never say “I used to be an atheist” because I actually know what that word means and I’m not trying to sell myself as an authority on something that I don’t truly understand.  I was raised in a Christian environment, but I only came to “own it” just before I turned 16.  My later teen years were taken up with ardent service to Jesus, as were my twenties and at least half of my thirties.

I’ve since left all of that, but that era of my life was formational for me, which is why now I not only call myself an atheist but also a “post-theist” and a “post-Christian.”  The way that I approach atheism is highly colored by my past experience, and the questions I seek to answer are guided by my former years as a committed evangelical Christian.  That means I talk about stuff that not all atheists care to talk about.  Whatevs, man.  This is what I’m about and I don’t require your approval.  I live in a world (Mississippi) where almost all my primary relationships are with devout evangelicals, so I’m going to be in conversation with that culture, unpacking my own experience in order to make sense of it for myself. I also do this in hopes that I can build as many bridges as possible between the two ideological worlds in which I have dual membership (or is it duel membership?).

I remember every detail so well.  My family was in the midst of moving into a new home that very weekend, and my first night as a “new creation” I slept in a new bedroom for the first time.  It was May 12, 1990, and it was the second night of the Dawson McAllister youth evangelism conference, which was on that weekend hosted by my own home church in Jackson, Mississippi.  A friend who was more active in the youth group invited me there because he knew I wasn’t really committed to my faith the way he was, and evidently I was primed and ready for conversion.

Fifteen-year-olds are at a perfect age for recruiting into a cause, in case you didn’t already know that. They’re in the throes of an identity crisis because they’re just old enough to question their understanding of life and of their place in it, but not quite old enough to know how to do it for themselves. Churches learned this long, long ago (as have many nations before them) so they expend an exorbitant amount of resources to win their affections and they’ve become quite good at it.  They’ve mastered the art of manipulating the emotions of these walking hormonal cauldrons, and I bought their sales pitch, hook, line, and sinker.

McAllister spent the weekend capitalizing on all of our adolescent insecurities, rubbing them into our faces, bombarding us with scary stories of teens giving in to peer pressure (an ironic move while surrounding us with 3,000 other teenagers willingly subjecting themselves to the same evangelistic event). We heard tales of kids drinking, doing drugs, and having sex only to have their lives fall apart. Then we’d occasionally hear of a bunch of kids getting killed in a car accident, lost without Jesus and presumably bound for Hell.  Incidentally, since this was an evangelical ministry and not a fundamentalist one (can you tell the difference?), we didn’t hear a lot about Hell, but we got a heavy dose of other things to be afraid of.  They jacked up our emotions during the concert and then lowered the boom of indoctrination while we were at our most vulnerable. That’s the formula, and it’s a time-honored technique that keeps bringing in fresh recruits in each generation.

By the end of the weekend I had crumbled into a pile, crying and lamenting my own wicked sinfulness, just as they had intended. I went home, sat my parents down and confessed all my sins to them, promising to turn over a new leaf in honor of my newfound faith. I jumped in with both feet, and I hit the ground running. Within days I was snatched up by my resourceful youth minister who knew how to recognize ministry potential, and she plugged me into a number of leadership roles very quickly.  On my second appearance at a weekly youth group gathering she had me recounting my newly-minted testimony in front of 300 of my peers (I had a big youth group) and the next time I spoke it was in front of 3,000.  I felt very at home in front of large groups of people, which surprised even me given that I’ve traditionally considered myself more of an introvert than an extrovert.

I decided I was meant for great things and just waited for the rest of Christendom to realize that fact.  What a head trip.  I can attest first-hand to the self-inflationary effect of being told the Creator of the universe has uniquely selected you for some special purpose. Who doesn’t want to matter to the whole universe?  I had my mission now, and I loved pursuing it to the fullest of my abilities.

The Trip Out is Very Different from the Trip In

I suppose some would charge that I’ve simply exchanged one mission for another now that I’m becoming an “outspoken” atheist (wouldn’t it be nice if such a thing weren’t even needed?). Perhaps I have replaced one zealous obsession with another. Perhaps that is just the way that I’m wired. The difference is that this time around I chose my “calling” myself. No one persuaded me to become an atheist, and I mean no one.

All my peer pressure was geared toward remaining a Christian, and when I first began to look for others to talk to, I couldn’t find anyone. With maybe one or two exceptions, the few Christian friends I spoke with about my doubts felt I only needed to overcome them rather than follow them wherever they led. Impartial listeners around this topic are hard to come by, which incidentally is why The Hotline Project exists in the first place (1-84-I-Doubt-It). But I’ve spoken with enough ex-Christians to conclude that most people leave their faith the same way I did—on a solo journey of discovery, largely uninfluenced by any social pressure in that direction and more commonly in the presence of significant pressure in the opposite direction.

Like me, most of my fellow ex-Christians simply came to their conclusions because of mounting evidence that, upon further reflection, the reasons they believed in the first place weren’t really as good as they had once thought they were. For most of us, churches got to us while we were still young, and they roped us in before we were old enough to really think for ourselves. They taught us how to think about these things before we had the chance to develop our own critical thinking skills, and then they took advantage of our emotional vulnerabilities during our teen years in order to get us fired up about the things that matter most to them. 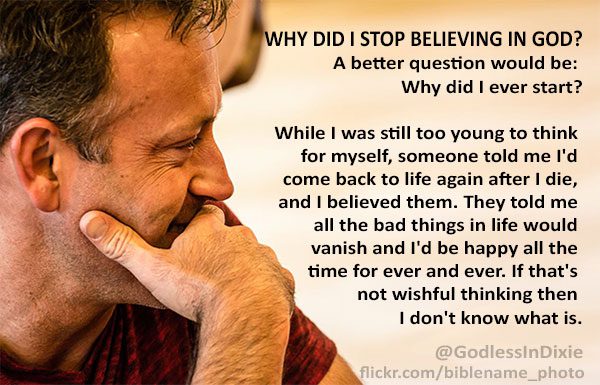 In other words, the journey into my religion (sorry, I meant “relationship”) was fundamentally different in character from my journey out of it. The former was highly choreographed, professionally staged, and communally reinforced and applauded. The latter was solitary in nature, as gradual as the process of learning itself, and was resisted by everything and everyone in my environment.  Leaving my faith came at a high cost, so I don’t expect another major conversion anytime soon. At least, that is, not until we all get assimilated into the coming transhuman artificial intelligence revolution, amirite?

Like what you’ve read here?  Would you like to help Neil do what he does?  Please consider becoming a sponsor through Patreon (Click here to find out how). 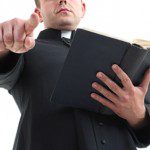 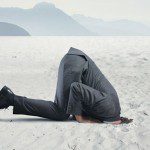 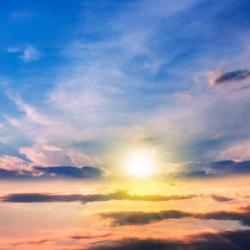