Baptists in Denial: Millions Who Left the Faith Were Never True Christians

Baptists in Denial: Millions Who Left the Faith Were Never True Christians May 15, 2015 Neil Carter 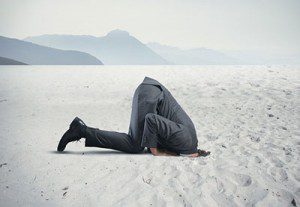 On Tuesday of this week the Pew Research Center released an updated study on the continuing “rise of the nones,” and the news isn’t good…or is fantastic, depending on who you are.  Situated as I am in the world of religious writing, my newsfeed has been a flurry of rapid fire opinions on this subject all week long.  I don’t get much free time during the school week to react to breaking news, and I’m even less inclined to sound off when I know everyone else is already doing the same thing, adding to the frenzy.

But a couple of responses to this news intrigued me.  I live in Baptistland, and the reactions of two Baptist culture warriors stood out to me as representative of the very cognitive bias that prevents them from truly treating what ails them as a subculture.  At first reading, their reactions made me laugh.  Upon a second reading, I came to appreciate their perspective in a way.  First, the part that made me laugh…

Relax Folks, Everything is Just Fine

Baptist church growth guru Ed Stetzer had this to say about Pew’s findings:

The big trends are clear, the nominals are becoming the nones, yet the convictional are remaining committed…In other words, Americans whose Christianity was nominal—in name only—are casting aside the name. They are now aligning publicly with what they’ve actually not believed all along.

In case you didn’t recognize what he just did, he just pulled out the No True Christian™ argument whereby anybody who leaves must not really have been a legitimate believer in the first place (See my previous post “You Were Never Really One of Us“). This could have been seen as a learning opportunity for churches to figure out how they could better reach the people within their spheres of influence, but no.  Stetzer concludes that these falling numbers indicate “more of a purifying bloodletting” than something that signals real trouble for the True Church of Authentic Believers.  I suppose it’s only fitting that Stetzer would compare what’s happening to an outdated medical treatment, one which involves hemorrhaging blood (I’m no doctor, but I think that’s generally bad).  It doesn’t matter, there were bad spirits in that blood anyway, I guess.

Russell Moore, who is president of the SBC’s public policy arm, is downright optimistic about these numbers. He says, “I think this is bad news for America, but it is good news for the church.”  Moore goes on to explain:

This is good news because the kind of “Christianity” that is a means to an end…is what J. Gresham Machen rightly called “liberalism,” and it is an entirely different religion from the apostolic faith handed down by Jesus Christ.

In other words, there’s nothing to see here, folks.  Just keep moving along. The churches that matter are doing just fine. It’s all those liberal churches that are hurting, but they had it all wrong anyway. As Christianity Today reports, evangelical churches are losing fewer people than anyone else, and evidently this is the new measure of success.  Underneath this barrage of discouraging statistics they somehow found validation in the fact that they are losing members at a slower rate than all the other versions of the One True Faith.  So much for finding motivation to change.

Faith shows selection bias in action.  If you have an a priori belief that something is true, then any new information contradicting your prior belief is automatically written off and explained away.  That’s part and parcel of the games we were taught to play in order to protect the claims of our religions. The original beliefs cannot be changed because how can mere mortals challenge revealed truth, right?  Who has the authority to trump divinity?  As it stands, nothing new can be learned because God has spoken and nobody knows better than God.  End of story. Moore concludes with this confident declaration:

The future of Christianity is bright. I don’t know that from surveys and polls, but from a word Someone spoke one day back at Caesarea Philippi.

Who cares what your stinkin’ research says!  He’s got an ancient text that disagrees with empirical observation. And why change anything if you’re just following divine orders, and if you won’t countenance anyone questioning whether you’ve accurately perceived those orders in the first place?  When you’re doing battle against the principalities and powers, no amount of empirical data will change your convictions that you’re right and the rest of the world is wrong.

Having said all that, I still must note a refreshing difference in Moore’s approach to the culture wars that I feel is worth noting for its nonconformity to the narrative of the previous generation.

A Religion Best Suited to Being the Underdog

Moore accurately notes that it’s far too soon to trumpet the ascension of atheism in America.  More than two thirds of the “nones” still hold on to some kind of supernaturalish beliefs.  Many of them we could properly call theists, even if they have completely lost their taste for labels.  The proportion of Americans identifying as atheist or agnostic is still hovering around a minuscule 7 percent.  Rumors of religion’s demise have been greatly exaggerated.

But the cultural hegemony which Christianity has enjoyed in America for the duration of our lifetimes is clearly beginning to weaken, and Moore suggests this isn’t a bad thing.

Christianity isn’t normal anymore, and that’s good news. The Book of Acts, like the Gospels before it, shows us that the Christianity thrives when it is, as Kierkegaard put it, a sign of contradiction.

I appreciate the fact that Moore gets this.  As one of the few intellectuals among the SBC leadership, he has the theological sophistication to grasp that the Christian message was spoken out of persecution, and it makes the most sense among a people who aren’t privileged with cultural or political power.  Furthermore, he seems willing to acknowledge that political forces have co-opted his religion into their service, creating a thing he calls “Almost-Christianity,” even if he does stop short of spelling out which agendas he feels should be jettisoned:

Almost Christianity, in the Bible Belt, looks like a God-and-Country civil religion that prizes cultural conservatism more than theological fidelity.

Indeed it does, although I find myself uneasy about the fact that we’re still playing the No True Christianity™ game. At first we were dismissing the people who didn’t fit the mold, and now we’re dismissing their traditions.  I suppose I’m less bothered by this since I would prefer a humbler Christianity, one which more closely resembles the simplicity of its beginnings.  I sure would love for my neighbors to let go of the illusion that conservative political platforms represent anything remotely consistent with the teachings of Jesus.  Finally becoming the underdog again would do the Christian faith a lot of good in my country. I for one would be happy to see that happen.

But then Moore has to go on and remind me how vast is the chasm between Evangelicalism and Humanism when he whips out this statement:

We don’t have Mayberry anymore, if we ever did. Good. Mayberry leads to hell just as surely as Gomorrah does.

My first thought is I wonder what he thinks the transgressions of Gomorrah were, and I wonder if he knows the Bible itself didn’t single out the same things evangelicals do today? My second objection is: If your theology teaches you that Andy Griffith or Gomer Pyle deserved everlasting torment, then personally I don’t have a very high view of your religious tradition.  I was taught the same nonsense myself of course, but that’s a pretty messed up way of looking at people.  That’s part of why I left it, and it may very well be a big part of why all these other people are leaving the Christian faith as well.  If only people like Moore and Stetzer could open their epistemic bubble just a little, they might see this whole story differently.

But I won’t be holding my breath. 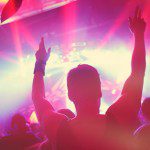 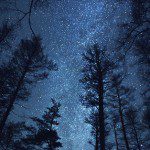 May 19, 2015 Let the Stars Be My Guide
Recent Comments
0 | Leave a Comment
"“... why every time the original disciples are depicted in the gospels, they are complete ..."
Maltnothops Why Evangelical Christians Love Multi-Level Marketing ..."
"I was raised evangelical. Their God constantly monitored every deed and thought, demanding that you ..."
Brandon Myles What Kind of Parent Would Your ..."
"Built in opportunity to proselytize and convert."
AngielineB Why Evangelical Christians Love Multi-Level Marketing ..."
"It's evangelism, but with an actual tangible payoff--sort of. You can't really tell if you've ..."
Connie Beane Why Evangelical Christians Love Multi-Level Marketing ..."
Browse Our Archives
get the latest from
Godless in Dixie
Sign up for our newsletter
POPULAR AT PATHEOS Nonreligious
1