[Today’s guest post was written by Cynthia Jeub upon completion of the year-long prayer challenge I posted about yesterday. She blogs on Insights on Epic Living.]

“The prayers that we had prayed were like a drug…I found my faith living in sin.” -30 Seconds to Mars

I was already a fan of Neil’s blog when my friend sent me the post “Confronting the Lies.” I made the following bullet points from Neil’s writing, and decided that I’d follow these rules for one entire year:

-Don’t tell others what you’re praying about
-Don’t pray for what could happen anyway
-Pray only for what God alone can do
-Keep concrete track with a journal, and see which prayers are answered

With these restrictions on prayer, I had to find other things to pray about, which was difficult at first. Some say prayer is just talking to God. My mom taught me to pray with the acronym ACTS – Acclamation, Confession, Thanksgiving, and Supplication. I don’t believe the Bible is any kind of guidebook, but it’s got some literary clues about what prayer might be. Laments, love songs, anger and anguish, confusion and frustration, and general emotional overflow seem to qualify. That’s not to mention that prayer is often coupled with fasting and spiritual warfare and a multitude of other metaphors and rituals. There’s no way I could have covered the magnitude of prayer itself in only a year. I did find other things to pray about, however: my requests were most often about clarity, my personal growth, and wrestling with theological ideas I just couldn’t accept.1

For me, this was the natural next step in my prayer life anyway. For years, I’d recorded dialogue in conversations with the Infinite One, but often wondered if these were just conversations with myself. These prayer sessions closely resembled the description of reading the alethiometer in Philip Pullman’s controversial His Dark Materials trilogy. I’d already written about giving up on the Bible, and had tried to offer healthy criticism to my fellow Christians, to little avail. I wanted to scrub away at what I believed had tainted Christianity (this is also known as the fallacy of chronological snobbery), and see if there would be anything left.

So my first prayer was for the strength to be intellectually honest. The irony was not lost on me that such radical consistency might mean I was praying to nobody, and I’d have to face that.

My prayer journal, a document titled “The Prayer Challenge,” became a place to record my spiritual life. All the weird stuff, like my premonitive and metaphorically significant dreams, my self-trust and big-picture focus, my emotional venting, and my wrestling with theological questions, as well as back-and-forth dialogue with the Infinite One, hit the pages of that document. It was super introspective, because I’d decided not to pray for what might happen anyway.

The original intent was to journal my prayers regularly, and to read over my notes at the end of each week to evaluate “answers to prayer.” The past twelve months have been particularly rough for me, so I was kind of inconsistent with that, coming back to it periodically, but I think I have a pretty good record of the process with over 70,000 words of prayers and evaluations.

The challenge forced me to exclude myself from a lot of social expectations. When I was with groups who were about to pray, I’d keep my head up and my eyes open, standing quietly in respect for their religious practice – emphasizing their religion differentiated me. I was subtle about it, but sometimes young kids noticed, because kids are smart and observant. I’d just say, “Jesus said never to pray in public, so I don’t.”

When friends texted me saying, “so-and-so is in the hospital, please pray,” I’d hold myself back from offering a habitual quick prayer. They’re getting medical care, I told myself. There’s no way to tell if my prayer will have worked or not. I’m not going to pray. Whenever I was struggling with a relationship or ethical problem, and it hit the pages of my prayer journal, I carefully kept myself from telling anyone, “I’m praying about this.” I’d already broken the habit of telling people I was praying for them, because I disliked the condescension it implied.

I did accidentally pray for something that could have happened without God, because I didn’t think of it until afterward. Prayer often became about my mental and emotional journey, but I was in therapy, so that’s the mental health equivalent of praying for someone who’s getting medical care. Was it the therapy, or was it the prayer, that helped me get to where I wanted to be in self-confidence and stability? Because this was a cheat, for the sake of the test I’ve decided it was the therapy, as prayer may have played the role of a placebo.

I started on May 27th 2014. I prayed for things that could be directly tracked, but that nobody could directly control.

My prayers were consistently answered. I prayed for clarity about my struggling relationship with my family. Within a few weeks, I’d lost all trust for my parents, and began to see what spiritual abuse had done to me. I prayed for more vivid and enlightening dreams, and I had breakthroughs in my nightmares and flying dreams, including metaphors that applied directly to my waking life. My conversations with the Infinite One wrestled with the problems of heaven and hell, and I stopped believing in the afterlife. I prayed for resolution over my Christian martyrdom complex. Soon afterward, I gave up completely on the concept of sin, and explored my own sadomasochistic sexuality.

In June, I prayed for freedom from feeling like I had to watch my every move, like God was judging each little decision I made. I wanted to be alone with myself. In August, I wrote this:

I was trained to always think of having a person beside me…I was determined to always think about God. I need a break from always thinking about God. I prayed that I’d learn how not to think about someone beside me all the time, and that prayer is being answered. I just never thought that that thing I always imagined was God. What happens when you embark on a mission to test God in answering prayer, and one of the answers to prayer involves him shutting up? Does the God with a sense of humor lead you through the valley of the shadow of atheism and let you find peace and stability there instead of the fire and pain they said you’d find? Or does a God prove he exists by refusing to answer prayer?

It seemed like God himself didn’t want me to interact with him the way I’d been taught to do. Yet the prayers were being consistently answered, with prophecies and revelations pointing me further and further from Christianity. So I was proving something consistent was out there, but I didn’t know what.

There was no yes-or-no answer to the “does prayer work” question, because this was ripping apart my foundations and the question had gone beyond all attempts at definition. I’d lost friends and family. When I started blogging about the hidden abuse in my Christian upbringing, I hesitated to mix in the spiritual element. I washed the feet of my family before I left them, but Yeshua was becoming more ordinary to me.

At the beginning of 2015, I quit my desk job and started living in the country. I started reading Buddhist, Muslim, and Hindu philosophies. Christianity became just another religion to me, and I saw similarities between many religions – even though I’d been told that Christianity was the one-and-only way because of so many apparent contradictions among the other religions.

In the last month of the prayer challenge, I noticed a clear change in my voice from a year ago. I was more confident, and made a lot more decisive statements, instead of self-deprecating inquiries and requests. Now prayer was about vulnerability, the undefined, the strictly personal and introspective, my solace when I needed clarity.2 I still talked to the Infinite One, but I didn’t feel unworthy and unconfident anymore.

When I told this to a formerly Buddhist friend who’d also grown up Christian, she said, “Do you ever look at old prayer journals and get frustrated that it’s all a bunch of ways to rephrase ‘Thank you’ and ‘I’m sorry?'”

Prayer has become something more than it was when I was a Christian.

I’d learned that prayer requests and performances weren’t all there was anymore. I haven’t found a label for what I believe, but I think human experience of the undefined should have an element of individuality to it. My appreciation of the transcendent and unknown, and my personal spirituality, has deepened through this challenge.

I think the universe is pretty complicated, and we haven’t found all the answers. I interact with the Infinite One, and I find it helpful to draw metaphors from literature and music to describe what that’s like.

So, do I still believe in God? I don’t know, what’s “God”? Answer that; I may or may not give you an answer.

Does prayer work? Confront the lies, remove all hypocrisy from your prayer practice, and try it for yourself. Pray first for the strength to risk everything, which is a very Christian thing to pray for anyway. Tell me what happens for you, and I’ll be the last person to say you’re wrong.

What do I call myself? I like my own name a lot.

Neil’s Notes
1 This wasn’t exactly what I had in mind for the kinds of things to pray for, given their subjective nature. But hey, this was Cynthia’s experiment now, not mine.

2 I find it fascinating that following the experiment the way she did taught her to pray for things that are far less dependent on external circumstances, which can be clearly measured, focusing instead on her own inner state. I would call this a form of meditation and mindfulness, practices which people of many faiths (and of no faith at all) practice on a daily basis with much success. 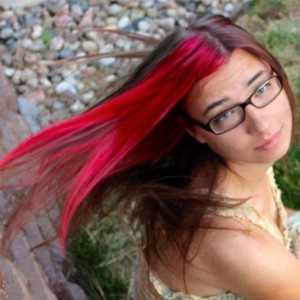 Cynthia Jeub blogs at Insights on Epic Living about philosophy and spirituality, and about her past in a controlling Christian household as one of sixteen children. She’s currently working on a book called Growing Up Jeub. 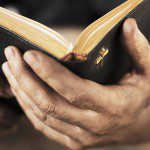 May 27, 2015
Six Testable Claims of the Christian Faith, Plus One Prayer Challenge
Next Post 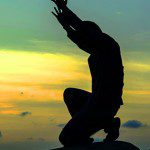 May 29, 2015 How Christian Groveling Protects the System
Recent Comments
0 | Leave a Comment
Browse Our Archives
Follow Us!