How Christian Groveling Protects the System 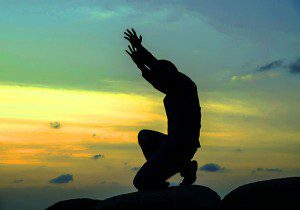 At risk of adding to anyone’s Duggar fatigue, something stood out to me this week which I want to highlight once more because it struck a nerve for me personally.  A friend of mine alerted me to one of Greg Garrett‘s responses to the Duggar scandal that’s currently dominating the religious blogosphere.  It’s a self-flagellating mea culpa about how he feels terrible for his disdain for the family and for the subculture they represent. He writes in the spirit of “but for the grace of God, there go I,” and my friend asked for my reaction to his tone and approach.  I’m sharing it here as well because I feel like it’s important to draw attention to this recurring theme. Here are a few lines from Garrett’s article that stuck out to me:

How am I anything but a hypocrite myself when I fail to extend compassion and grace to the Duggars — and even to Josh? When I fail to see them as beloved children of God? When instead, all I do is judge them?

When I don’t live up to my own values, I am guilty of everything of which I accuse them.

What Josh did ten years ago was wrong.

What his family did in the ten years since was a mistake.

And what I do in celebrating their disgrace…[is] my own form of abomination.

I have really mixed feelings about this. On the one hand, I suppose I can appreciate the effort to stay self-aware and to be as non-judgmental as possible toward others.  I think Jesus was actually speaking wisdom when he said “judge not, lest ye be judged.” Some would argue that doesn’t have to be read theologically, it could also be read socially. People will treat you better if you treat them well, and if you are hateful, what goes around comes around. You don’t even have to bring an obsession with personal holiness into this to see the wisdom in learning not to be judgmental toward others.

But there’s a bigger issue in this situation that Elizabeth Esther nailed perfectly.  She just hit every note extremely well, not the least of which is that at a moment like this there is an urgent need to expose problems inherent in the system which people like the Duggars inhabit (and for which they have come to serve as the poster children, representative samples). At moments like this, it’s crucial that we speak out about what’s wrong with the system they are perpetuating.

Fundamentalist Christians (and many other Protestants, too) ascribe to the we-are-inherently-wicked theology. This is why pastors (like the ones above) can assert that we are ALL THE DUGGARS because, hey! we’re all evil! Essentially, every sin carries the same weight. Thinking hateful thoughts is the same as murdering someone. Gluttony is just as bad as sexually abusing a child.

But here’s the problem: when EVERYTHING and EVERYONE is equally evil, then NOTHING is actually evil.

In other words, the unintended consequence of we-are-all-evil is that it literally makes a mean thought as bad as actual murder. There are no gradations of sin in fundamentalism. And therefore, since we wouldn’t take a glutton to court for overeating, then we shouldn’t prosecute a sexual molester for abusing children because it’s ALL THE SAME.

Exactly. This routine works very well to protect an abusive system. But even in less extreme settings than the Quiverfull movement, this impulse to stop and rake one’s self over the coals, navel-gazing and self-effacing isn’t really healthy. Under the circumstances it feels like a programmed response kicking in, a response that has been drilled into us by our systems of belief. They are protective mechanisms for the belief system, and we’ve learned to rehearse them to ourselves so well that it can quiet our discomfort toward the system itself because who are we to say anything, right?  But for the grace of God go we, right?  We’re all dirty rotten sinners as much as this kid, right?

No, that’s actually not what is needed the most at this moment. There is a system in place that needs to be called out. But some of the people who are best situated to call it out are too busy metaphorically flagellating themselves, rehearsing all their own faults so as to remain spiritually sharp…and therefore docile and complicit to the injustices of the system they themselves inhabit.

They’re like sufferers of a kind of Stockholm Syndrome. They’re primed and ready to initiate subroutines they’ve learned which take all the attention off of what’s wrong with the system and they are willingly turning it on themselves in order to make sure they themselves are free from impurities, or at least are sufficiently penitent for them.  But in so doing they are perpetuating a system that could have been addressed, but now they’ve been neutralized by this obsession with rehearsing their own guilt in order to maintain their own spiritual purity, avoiding the cardinal sin of pride.  Well at least you’ve got your own soul in check. That’s all that really matters, right?

I see the value in self-awareness and humility.  But I see a larger issue at stake here, a problem at the systemic level, and this kind of routine only helps insulate the system from critique from within.  No wonder the system has lasted so long. 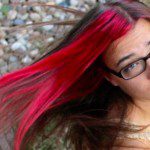 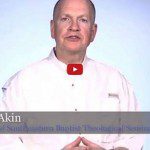 May 29, 2015 Baptist Seminary President Supports the Openly Secular Campaign
Recent Comments
0 | Leave a Comment
"Your dismissive tone towards those of us who gave up the faith only supports our ..."
dapowellii Episode 12: None of This Really ..."
"You can "believe" the OT is myth all you want, and that is one step ..."
dapowellii Episode 12: None of This Really ..."
"Well said!"
dapowellii Why Rhett and Link Broke Up ..."
"Sounds like something that would be on Vh1"
ThatGuy Episode 29: What Atheists Wish Christians ..."
Browse Our Archives
Follow Us!