Do People Become Atheists Because They Had Bad Fathers? 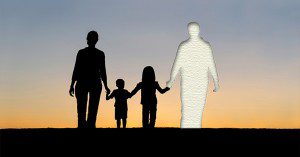 I shouldn’t even have to answer this question. It’s so inane that I almost didn’t write a response. It’s insulting to the intelligence of anyone who hears it, and it reduces a belief structure to a psychological malady. But then I remember that atheists do that to Christians all the time, calling their religion a mental illness, so I suppose my tribe isn’t doing much better about this. I can’t count how many times I’ve heard this sentiment expressed, though, and that tells me this belief is prevalent among the devout. So I have to take a minute to talk about it.

This week a friend shared an article from TownHall.com, a website clearly aiming for the lowest common denominators among the politically conservative (and usually nailing it).  The author patronizingly opines:

Father’s Day, that wonderful occasion when we celebrate our dads, is a time when all of us who have terrific dads need to feel sorry for atheists.

So, of course, right out of the gate I’m a fan of her work.  She goes on to relay that this is only a restatement of the thesis for Paul Vitz’s book, Faith of the Fatherless. Unscrupulously cherry-picking his way through previous centuries, Vitz psychoanalyzes notable skeptics throughout history and suggests that they disbelieved because of “daddy issues,” then contrasts them with examples of exemplary believers whose dads were paragons of paternal provision and grace.

Even when I was a Christian I found this thesis insulting.

It should be pretty obvious that it’s intellectually irresponsible to reduce something as complex as religious belief (or a lack thereof) to primal wounds and father hunger. But the silliest part of this whole thesis is that Vitz readily acknowledges he stole this idea from the psychoanalysts themselves. It’s like a 232 page tu quoque argument that throws Freud’s ideas right back in his face as if to say, “I know you are but what am I?”

The evidence suggests that rather than being based on any superior rationality or intellect as they would have us believe, militant atheists’ objection to and even hatred of the very idea of God may be largely rooted in their childhood psychology and dad-deprivation. Thus, they are prisoners of their own irrational personal psychology, the same weakness of which they accuse the religious believer.

Freud suggested that our need to feel protected, provided for, and loved drives us to project onto the universe a belief that behind the apparently cold and impersonal cosmos there must be a kind and loving father looking out for us every minute of every day.  I suppose this isn’t so much an argument for the non-existence of God as it is an attempt at explaining where this drive to believe in gods comes from.  The path to debunking such a claim is pretty simple:  All one would have to do is present some credible evidence that these invisible beings are in fact demonstrably real and we will capitulate. Speaking for myself, I know I am always ready to change my mind about everything I think. That’s how I got to be an atheist in the first place.

I suppose the same could be said for Vitz’s thesis:  It’s not so much an argument for the existence of God as it is an attempt at explaining why some of us don’t believe.  But it seems to me the path to debunking his explanation is even easier, and it’s already been done. I know far too many atheists whose families were just fine and dandy—and whose fathers were kind and loving men—to accept this overly simplistic, selection-biased narrative. It’s also nearly impossible to escape the implicit condescension in such a claim.

Insulting Two Birds with One Claim

Speaking for myself, I had a very present and very involved father (still do).  From my earliest memories, he has always been there, has always provided for me, has always disciplined me (spared not the rod, in fact), and has continued to advise me on important life matters whether I care to hear from him or not.  In short, I did not lack for a father growing up.  We have had our fair share of differences to be sure, but who hasn’t?  If I wanted to call him up and have lunch with him today I am pretty sure he’d drop what he was doing and would meet me for a chat.

I have a father, and he’s a real person. I just don’t happen to think invisible persons are real, that’s all. Why does that make me broken? And my inability to believe in invisible beings does not reflect poorly on my own father. I am not an atheist because my father failed to love me.  Anyone who suggests that insults both me and my father in one fell swoop. Way to go, people. As long as people are telling me that I disbelieve because of daddy issues, I’m going to keep telling them they’re wrong. When they do that, they’re speaking “out of school,” as we say. The condescension is so thick you can cut it with a knife.

Even if I didn’t have my dad around, or had never had him around, what an unproductive and patronizing line of reasoning this is!  If you’re suggesting that lacking a good father figure accounts for a lack of belief in God, are you then prepared to accept the corollary, that the only reason other people do believe is because they had good fathers? Do you really want to minimize their faith in that way, predicating claims of divine transcendence on family dynamics?  Because if you are, you’re not really getting away from Freud’s line of reasoning after all. I’m not sure you’ve thought through this very well.

This Father’s Day I’ll be doing the same thing so many still-believers will be doing: I’ll be having lunch with my own children and with my dad.

There’s no hole to fill, folks.  Stop talking down to us like we’re broken. 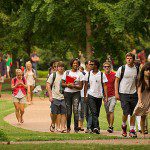 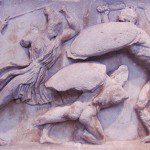 June 22, 2015 I Drew the Line at Canaan
Recent Comments
0 | Leave a Comment
Browse Our Archives
Follow Us!

Hobby Lobby is fast becoming one...
The Freethinker
Related posts from Godless in Dixie

Gay-hating Texas MD and three pastors sue to...
THE President of the Conservative Republicans of Texas, Dr Steve Hotze, above,... 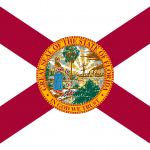