Why Dred Scott Is the Dumbest Analogy You Could Use Right Now June 28, 2015 Neil Carter

Watching the public reaction to Friday’s Supreme Court decision to legalize same-sex marriage has been amusing to say the least. As a popular meme this weekend put it:

My newsfeed looks like a battle broke out between the confederates and a skittles factory.

Still reeling from the merciless shooting of nine black church members in Charleston, SC, public sentiment in favor of removing the Confederate flag from public spaces had reached a fever pitch, along with the contrary reaction of many of my former classmates and neighbors here in the South. But just as that melee had begun to plateau, the SCOTUS finally ruled that same-sex couples deserve the same rights to marry as anyone else (Read my response to that here), and in the wake of that decision people have predictably lost their minds.

Among the more amusing reactions to this development, the now-deposed former leader of the American Family Association, Bryan Fischer, compared this decision to the murdering of more than 3,000 people on September 11, 2001. He called this past Friday “a date that will live in infamy,” and said that 6/26 is now the new 9/11.  Wow, Pearl Harbor and the WTC all wrapped up in one event. Yet not one single person was injured. Somehow I don’t think people like him really understand how metaphors work.

But his reaction wasn’t the most intriguing to me. That honor goes to those like Mike Huckabee who keep comparing the legalizing of gay marriage to the much maligned Dred Scott decision of 1857, a SCOTUS decision which stands as an immortal testament to the possibility that the nation’s highest court of appeal can sometimes get a decision horribly wrong. He’s not the first to make this analogy, either. It’s become quite popular among the opponents of marriage equality. Faith and Freedom Coalition Chair Ralph Reed has used it, Alabama Chief Justice Roy Moore has used it, and National Review writer Matthew J. Franck has used it as well. It’s become a very popular analogy.  Huckabee puts it this way:

What if no one had acted in disobedience to the Dred Scott decision of 1857? What if the entire country had capitulated to judicial tyranny and we just said that because the Supreme Court said in 1857 said that a black person wasn’t fully human—suppose we had accepted that, suppose Abraham Lincoln, our president, had accepted that, would that have been the right course of action?

Somehow not a single one of these people seems aware of how counterproductive this analogy really is, so they keep using it again and again and again.  I’d like to take a moment to explain why  it’s so incredibly obtuse to use that particular analogy, and then I’ll suggest what I think this snafu reveals about the effect of their particular subculture on critical thinking skills and the concomitant gullibility of an entire voting bloc.

The Worst Analogy You Could Imagine 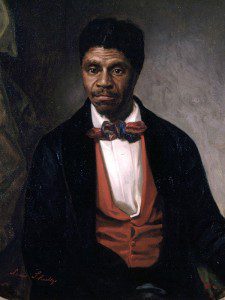 The SCOTUS fail they keep referring to is the one in which a slave named Dred Scott, who had been living on free soil, sued for his freedom in 1846. The case took eleven years to finally culminate in a 7-2 Supreme Court ruling in 1857, and he lost his bid for freedom.  The reason?  Because the court deemed that people of African descent didn’t deserve the same rights as everyone else.  Even though Scott’s owner had moved to a state in which slavery was illegal, his status as human property couldn’t be changed because in order for him to sue his owner for his freedom, he would have to have the same rights as everyone else. But what rights does a slave even have in the first place?  The court decided they have none.

In many ways this backwards decision helped to spark the initial flames of what would become a civil war between the states over the issue of slavery. In ruling that black people don’t count as equal to whites, the SCOTUS essentially nullified the Missouri Compromise and halted the forward progress of the fight for racial equality among slave states. In referencing this historically consequential mistake, people like Huckabee and Fischer and Moore are clearly hoping to stoke the (unfounded) fears of another civil war, or at least of disruptive civil disobedience.  Virtually everyone today agrees that the Dred Scott decision was a bad one, and that it shows the highest court of appeals can still make mistakes.  But at the time of the decision, that sentiment wasn’t so unanimous. At the time, the Southern evangelical analogues to Huckabee, Fischer, and Moore praised the SCOTUS decision as a sensible one, and that fact seems to be completely lost on these guys.

If there are any parallels to today’s situation, common sense would dictate that the current SCOTUS did what the previous one did not:  They observed the winds of change among public opinion as it relates to a class of people (this time it’s the LGBT community instead of people of African descent) and ruled that treating them differently from everyone else isn’t fair.  Some still oppose this, yes, but the general consensus among Americans appears to have shifted in the direction of affording its LGBT citizens the same rights as everyone else.  Our current Supreme Court did the opposite of what the court of 1857 did:  They ruled that LGBTs deserve the same rights and considerations as everyone else. Huckabee and company are trying to get that reversed.  They are standing on the same side as the 1857 court they so repetitively disparage. When confronted with a question of basic human rights, the 1857 SCOTUS kicked the matter back to the states to decide instead of settling the issue once and for all. That’s the very thing the conservative pundits today are suggesting the Supreme Court should have done with regards to same-sex marriage.

It just blows my mind that these guys can’t see how badly this analogy backfires the instant anyone looks up this case in a textbook. It’s almost as if they haven’t thought about what they’re saying at all. Or maybe they just know that their average viewer won’t think through this enough to figure out what’s wrong with the analogy, which is insulting to the intelligences of their viewers.  Except sometimes I wonder…

Filing Down People’s Sense of Irony

I intend to write more about this in the future, but I’ll introduce the idea here and just let it simmer for a while.  I think that growing up in evangelical culture dulls your sense of irony and weakens your ability to detect logical contradictions.  And yes, I know that sounds like a condescending thing to say, but remember: I spent 35 years of my life in that environment. I can’t impugn the rationality of religious subcultures very much without implicating myself in the process.  It took me much longer than it took most of my friends to figure out that the stuff I was taught to believe in church didn’t always add up. So despite my one finger pointing in their direction, I’ve got three more pointing back at myself.

But think about if for a second. If you grew up being taught that whenever your beliefs seem logically contradictory you should just trust that God knows more than you do and it all works out somehow, you learn to accept these inconsistencies as a normal part of life and you learn to quit trying to reconcile them.

The preacher says God is all-powerful and all-loving, and yet somehow he allows immeasurable suffering in the world?  Hey, his ways are higher than your ways.  It doesn’t have to make sense.

The Bible says God predetermines who will get saved and who will not (it’s in there…I’m not making that up), yet somehow the responsibility for those differences rests solely on the people themselves?  Hey, his ways are higher. It doesn’t have to make sense.

For roughly 70 years of thought crimes like pride and lust one person has to be punished for billions of years, but then for all the sins of billions of lifetimes one man suffers for twelve hours on a Friday, and that “pays it all?”  Hey, his ways are higher. It doesn’t have to make sense.

You see where I’m going with this?  I suspect that growing up around logical inconsistencies and being taught to accept them because things don’t always have to make sense dulls people’s ability to detect and investigate logical inconsistencies.  Growing up in a culture of extreme social pressure to conform—and being taught to trust your authority figures even when their dictates don’t sit right with you—files down your ability to sense when something they’re saying isn’t right.

Living on social media as I do, I can attest to my evangelical friends’ reluctance to do research before they forward things uncritically.  I call them on it all the time, and all they do is get mad at me.  I see this as a common malady that afflicts that subculture, and I think this further signals the same weakness that allows them to accept bad analogies like the one mentioned above. I see no value in letting it slide without calling it out for what it is.

Personally, I always welcome correction any time I’ve gotten my facts wrong.  I invite it because accuracy is important to me. Like Matt Dillahunty often says, “I want to believe as many true things, and as few false things, as possible.”  Great words to live by.  I hope that more will embrace that philosophy whenever bad analogies like this are thrown at them as well.

Like what you’ve read here? Please consider helping me do what I do by becoming a sponsor through Patreon. Click on the image below to find out how. 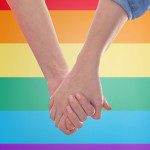 June 26, 2015
To My Evangelical Friends Upon the Legalization of Gay Marriage
Next Post 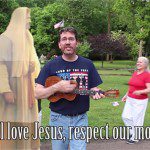 June 29, 2015 Not All Mississippians Are This Backwards, But Some Are (Video)
Recent Comments
0 | Leave a Comment
Browse Our Archives
get the latest from
Godless in Dixie
Sign up for our newsletter
POPULAR AT PATHEOS Nonreligious
1