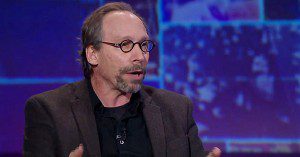 Lawrence Krauss recently defended his assertion that teaching children creationism is child abuse, making two or three logical errors in the process which I’d like to point out.

First Krauss misjudges the circumstances of parents who teach their children creationism by assuming the parents are withholding information from them which they have but don’t want to share.

In some sense, if you withhold information from your children because you would rather them not know what reality is really like, for fear that it is going to affect their beliefs, then you are doing them harm.

These are very poor analogies. In each of those parallel scenarios a parent possesses what the child needs (or at least knowingly has access to it) but chooses to withhold it from them for whatever reasons.  That isn’t the case with teaching creationism because the parents who do that aren’t really aware that alternative explanations of the origins of the universe are legitimate.  Surely Dr. Krauss knows these parents aren’t merely pretending to believe the stuff they’re teaching their kids.  They really believe this stuff, as illogical as it sounds.  So it’s inaccurate to argue that they are withholding something from their children which they know their child needs. That’s not the case at all.

Second, Krauss butchers the word “abuse” by diluting its meaning and applying it to situations which are nowhere near as traumatic or extreme as that word denotes.  When a parent beats a child, giving her cuts and bruises, that’s physical abuse.  When a parent screams at her child, calling her names and tearing her down psychologically, that’s emotional abuse.  When parents withhold material provisions their children need like food, water, or shelter, or they put them in physical danger, that’s child abuse.  But what kind of abuse is this that Krauss is inventing, academic abuse?  Is there such a thing as intellectual abuse?

You rob words of their meaning when you try to use them in situations that don’t merit the use of those words.  You render meaningless all the other times the word more legitimately applies because now you’ve cheapened the term.  Please stop doing this.  It’s an unfair exaggeration and it’s beneath those who purport to communicate honestly and without unnecessarily embellishing the truth.  We get onto preachers and politicians for doing that all the time, and yet here we have our own “celebrities” doing the same thing.

Which leads me to my third problem with what Dr. Krauss said. He admits he put it that way because it will grab people’s attention:

“That’s a fairly brutal way of putting it,” [Pickering] noted.

“Yeah, exactly, but it got some attention,” Krauss replied, “cus if I hadn’t [used that description] you wouldn’t have read the line.”

Ah, I see.  So it’s justified because it got you in the headlines. Or your message, which has now changed into something less accurate because you found that stating it less accurately played the crowd better and got repeated in a way that it wouldn’t have if you hadn’t exaggerated your claim.  So who’s knowingly withholding information now?

Why Do Our Public Figures Keep Embellishing What They Say?

In case you haven’t seen it before, there’s an excellent video out that made the rounds several months ago which brilliantly explains why the ideas we share tend to become exaggerated into their most incendiary, angering forms.  It also explains how in the midst of this process, accuracy becomes less important because the ideas cease to be about convincing the other side of anything. In time the exaggerated memes and ideas we share become more about congratulating ourselves on having the truth on our side instead of actually trying to change the minds of people who think differently from us.

One could argue that calling religious indoctrination “child abuse” might get the attention of the people who are doing it and make them think twice about what they’re doing.  But it doesn’t work like that because they don’t agree with you. It’s not an accurate description of what they’re doing because a) they’re not intentionally withholding anything, and b) the “harm” being done to their kids is nothing at all like physical or emotional abuse.  You have to invent a new category of harm to even get to use the word, and in so doing you’ve robbed the word of its meaning and thereby cheapened every other occasion wherein that term legitimately applies.

So STOP IT, will ya?  You’re not helping. 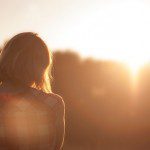 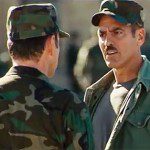 July 9, 2015 Men Who Stare at Facts
Recent Comments
0 | Leave a Comment
"yet still these people refuse, hoping for some other form of miraculous salvation.Not seeing the ..."
gnaddrig Why the Church Keeps Getting Covid ..."
"Without disputing any of your factors, there is another factor at play here; many parents ..."
Jessica Making Space for Non-Binary Children In ..."
"The problem with personal testimonies is that while they may be true for the person ..."
Michael Neville Christians Need Their Faith to Be ..."
"Neil said:When you leave the Christian faith, people come out of the woodwork to impugn ..."
Clancy Christians Need Their Faith to Be ..."
Browse Our Archives
get the latest updates from
Godless in Dixie
and the Patheos
Nonreligious
Channel
POPULAR AT PATHEOS Nonreligious
1 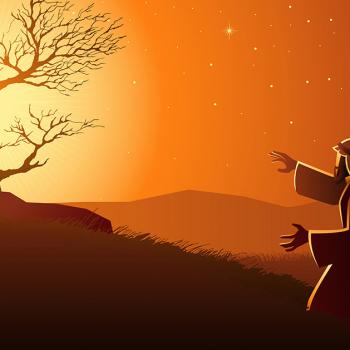