In the last week I’ve written a couple of confrontational posts charging that people around me have mistreated both me and the woman I’m dating for little other reason than our being atheists. First I told the story of how I lost a teaching job two years ago when a student outed me to my administrators in the Rankin County School District. BTW, that’s the same school district that Hemant Mehta posted about earlier this morning because they’re in the news yet again for violating a judge’s order to keep sectarian religious demonstrations out of school functions. They just can’t seem to help themselves. And in case you’re wondering, no, I haven’t had anything to do with these cases that have been making the news. They’re doing this without my help.

Two days later I wrote about a Christian father cutting his only child out of his will as punishment for being an atheist (and for refusing to quit dating one—namely me). Before he died, he behaved really rudely and said a lot of nasty things to me even though I did nothing but show the utmost respect for him and for his family.  His treatment of both me and his daughter added a bitter taste on top of the grief already present upon his passing. I explained in that post that a man in his position could easily find verses to justify cutting family off in the name of Jesus because the statements are there, clear as day.

I sat on that first story for two years before writing it out in detail, and this weekend marks the first time I was willing to share publicly about the treatment we received from Amy’s late father. Doing so has brought out an interesting spectrum of reactions from my readers.

Most of my nonreligious readers had no difficulty accepting that this is the kind of treatment you would expect if you’re godless in Dixie.  My area has become legendary for its demonstrative religiosity. Likewise, those naturally compassionate Christians who identify with the progressive elements within their religion have been warm and sympathetic toward me as I’ve begun to open up about some of the stuff that I’ve endured (and in all honesty, I still haven’t even talked about the most painful parts).

But evangelicals, not so much. I’ve gotten a different reaction from them.  It’s not entirely fair to paint with too broad a brush here, and I can acknowledge that (more on that in a second).  But I’d be remiss if I didn’t note a clear pattern, generally speaking:

A large number of evangelical and fundamentalist Christians who read my blog demonstrate a remarkable inability to empathize with me, and they routinely assume the worst about me on a personal level. They read most everything I say uncharitably, and they defend the people who have mistreated me because they don’t see it as mistreatment at all.

I’ve been doing this for a couple of years now and I’ve withheld judgment on this for as long as I could.  I’ve discussed other people’s difficulties and the imbalances and injustices that others experience, and while many Christians can empathize with those who are not being loved well, there’s a consistent contingent among them who cannot extend condolences for any of these experiences because they cannot be made to see anything wrong with it. 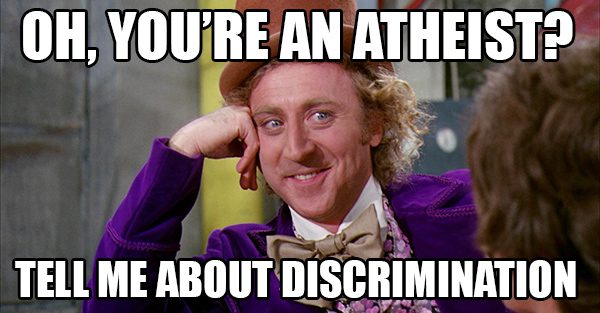 Many just refuse to believe that anything I’ve said really happened. They swear that fictitious films like God’s Not Dead reflect real life but my own personal story cannot be true. “Well, I’d like to hear the other side of these far-fetched stories,”some have said. One brash lady went so far as to admit that she would automatically believe whatever was the Christian side of my story over mine simply because I’m the atheist in the story. Huh. Most folks don’t admit that out loud.  Another rather presumptuous commenter launched into a bit of a tirade on twitter, accusing me of harboring “persecution fantasies” after the first story and then accusing me of having a “victim” mentality after the second. Why such deep-seated incredulity and why are these folks so lacking in empathy?

Why the Most Devout Can Be the Least Kind

In order to see the injustice in what’s happening to someone else, you have to be able to put yourself in their shoes. You also have to extend to them a sense of personal agency which dignifies their own ability to determine when their needs are not being taken into consideration. I contend that evangelical Christian doctrine and culture all but remove both of these abilities.

1) It removes the first through divinely-sanctioned hyper-tribalism. It leads them to circle the wagons and hit all the in group/out group distinctions so hard, punishing anyone who deviates from the prescribed identity markers until they’re so surrounded by like-minded people that they cannot think outside of their own bubble. I’ll confess that atheists do this, too. But when it comes to empathizing, evangelicals and fundamentalists have a millstone around their neck that the nonreligious lack:  They believe their way of thinking is God’s way, and it carries all the inflexibility and unimpeachability of divine fiat. Why would it matter how anyone else thinks or feels when you have the mind of God, amirite? Worse than that, they may even believe you have an evil spirit making you do what you’re doing, which would make it even harder to see your view as worthy of consideration.  Incidentally, the notion of demon possession leads me to the second limitation:

2) Evangelicalism/Fundamentalism also remove the sense of personal agency by declaring that all humans are fundamentally broken and therefore do not know what is best for them.  Both of these ideologies teach the the proper function of a human is to be a subordinate vessel, a dependent agent whose sole purpose is to please and honor somebody else. More than that, it teaches that for the transgression of being such a weak and fallible creature, humans deserve to be brought back to life after they die just to torture them perpetually.  Incidentally, somehow God is in charge of everything but is completely unable to stop this from happening (You can read here why I don’t think you can absolve God from Hell), but let’s not get sidetracked by that right now. What matters is that “you’re headed for a cliff” (wait, but cliffs are real things!) and they feel that entitles them to any and every measure—whatever it takes to get you back in line with what God says you’re supposed to think. What does personal agency matter when eternity is at stake?  The people in question are fallen, broken creatures who need to be saved from themselves.

Additionally, I think these subcultures brings with them one more hindrance to showing others empathy:

3) An anti-intellectual bent which dulls their capacity to ruthlessly question their own assumptions about things and people.  We all rub elbows with a diverse range of people, and it can be hard to imagine what it would be like to walk in someone else’s shoes. But it’s nearly impossible to consider an opposing viewpoint if you’re accustomed to thinking you know the only right way to think about a whole host of things.

When you live your whole life being told what is right and what is wrong rather than coming to your own conclusions, I don’t see how you could ever develop the ability to critically analyze a moral, ethical, or social prejudice.  We all have them, I’ll grant that.  For example, atheists can be really bad about thinking theists are less intelligent than they really are. Social progressives tend to think that conservatives are cold-hearted and selfish and they incorrectly figure that they don’t have strong reasons for seeing the world the way they do.  But as long as you value critical thinking and remain willing to question your own assumptions, you stand a chance to learn something new from people who are different from you.

Not so if you’re a consistent evangelical/fundamentalist.  There’s something about that system of thought, and the culture it produces, which actively hinders a person’s ability to empathize with others who are in a different situation from them.  Don’t get me wrong:  They take care of their own very well.  But if you find yourself on the outside of the tribal boundaries, you won’t be viewed in a charitable light.  I’m speaking from first-hand experience, here.  If you aren’t good at questioning your own beliefs, you’ll suck terribly at learning to see through anyone’s eyes but your own. That’s a pretty key element to learning to empathize deeply with people who are different from you.

There Are Exceptions to Every Rule

Even as I type this, I have had two evangelical Christian friends separately invite me to lunch within the past twelve hours.  I can say with confidence that both of these guys want to just hang out and talk, and I don’t expect either one of them will use the occasion to berate me or correct me or anything of the sort. I believe they are genuinely interested in maintaining a relationship and possibly learning something in the process.  Incidentally, I approach most conversations the same way, even with people with whom I know I don’t see eye-to-eye. As the oft-quoted line by Bill Nye goes:

Everyone you will ever meet knows something you don’t.

Maybe some of that is relational evangelism. Whatever. I’m not too bothered by that, to be honest. I would much prefer being treated like a whole human to being argued down by people who know nothing at all about my own life other than what they imagine after reading my posts. I keep feeling like their responses to me tell me more about what kind of church they go to than anything else. It’s as if we’re not even really talking to each other at all.  I’ll take the friends who want to grab a cup of coffee and hear my story any day.

Like I said, there are exceptions, and those are the people I can call “friend.” But it’s my judgment that those friends who step ahead of their culture and reach out to treat me in ways that really dignify who I am are rising above the limitations of their own traditions.  It’s encouraging to see, because it means none of us are incapable of getting over these obstacles to loving others well. 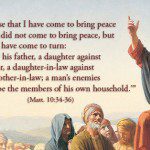 July 12, 2015
Cutting Off Your Family in the Name of Jesus
Next Post 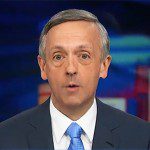 July 14, 2015 Pastor: "Render Unto Caesar" Means Churches Should Surrender Illegal Immigrants
Recent Comments
0 | Leave a Comment
Browse Our Archives
get the latest from
Godless in Dixie
Sign up for our newsletter
POPULAR AT PATHEOS Nonreligious
1