My New Testament Greek professor used to always say, “Words have usage; they don’t have meaning.” I used to think that was an overstatement, but now I think he’s right. The sounds and scribbles we make don’t have intrinsic significance beyond what we assign them. Even our dictionaries can only provide us with snapshots of the meanings we give our words in a given place at a given time.  Webster’s doesn’t actually determine what a word means.

That’s why you should ask the people who actually use the words in question what they mean by them. If what you mean when you use a word is significantly different from what most everybody else means, I challenge that you are not communicating well. You may be entertaining yourself, I suppose. But you can’t expect the rest of us to successfully decode what you’ve just tried to explain to us.

Incidentally, this is why I think it’s pointless to use the word “God” to mean something wildly different from everyone else means when they use the word. If most people use it to mean an intervening, sentient but invisible person while you use it to mean, I dunno, physics or something, I submit that you aren’t really getting your meaning across. But I digress.

When people who are not atheists use the words “atheist” and “agnostic,” they often mean things which the people who label themselves as such would never allow.  Like I’ve written before, some Christians seem to think the word “atheist” applies to anyone who hasn’t completely committed his or her life to Jesus, I guess because he or she is living as if there were no God. That can lead to an awful lot of confusion, not to mention a ton of people claiming to be “former atheists” who actually demonstrate very little awareness of how actual atheists think.

Incidentally, you can read my “What Christians Mean When They Use the Word ‘Atheist‘” to see what I mean.

Another misconception is that the difference between an agnostic and an atheist is that the former is uncertain about the non-existence of gods while the latter is certain on the matter.  Honestly, despite having interacted with thousands of self-described atheists, I have met very few who claim absolute certainty on this question. The overwhelming majority of them would say that the best they can do is draw their conclusions based on whatever appears to be the most reasonable interpretation of what they see around them.

Furthermore, I would charge that people who think atheists are certain about their beliefs are actually projecting, because in reality it is they who are obsessed with being absolutely certain of the things they profess. As I’ve often said:

Certainty is the currency of fundamentalism; but being unwilling to question what you believe isn’t a strength, it’s a weakness.

So in an attempt to clear up this misconception, I did a short two-minute video about the relationship between the words atheist and agnostic:

Now I should probably add here that my more philosophically inclined friends may chafe at my placing knowledge and belief on different spectrums. It is often said that knowledge is a subset of belief. Epistemologically that may be true, but for the sake of keeping this discussion on the level at which most of us mortals live, I’m gonna stick with what most people mean when they use those words.

What are your thoughts about this?  If you are one who actually uses these words to describe yourself, have I accurately described how you use those words?

And as always, if you’d like to see more videos like this (I’m in the process of experimenting), help me do what I do by becoming a sponsor through Patreon. Click on the image below to find out how. 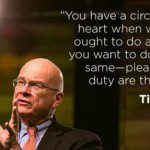 July 27, 2015
Why Circumcision Is a Perfect Picture of the Christian Faith
Next Post 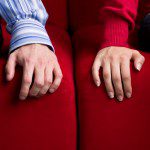 July 31, 2015 Help! My Husband Has Become an Atheist!
Recent Comments
0 | Leave a Comment
"I was raised evangelical. Their God constantly monitored every deed and thought, demanding that you ..."
Brandon Myles What Kind of Parent Would Your ..."
"Built in opportunity to proselytize and convert."
AngielineB Why Evangelical Christians Love Multi-Level Marketing ..."
"It's evangelism, but with an actual tangible payoff--sort of. You can't really tell if you've ..."
Connie Beane Why Evangelical Christians Love Multi-Level Marketing ..."
"In the US, about 70% of the population is Christian, so it makes sense. The ..."
Enlightened Why Evangelical Christians Love Multi-Level Marketing ..."
Browse Our Archives
get the latest from
Godless in Dixie
Sign up for our newsletter
POPULAR AT PATHEOS Nonreligious
1