To Abilene, Apostacon, and Beyond

Friends and followers of this blog may have noticed I’ve been getting around a good bit lately.  Some of these trips are to speak to groups who identify with what I write, but some are conferences I’m attending to help promote a couple of different upcoming projects. I should probably fill you in on what I’m doing and also announce my next couple of speaking trips while I’m at it.

Next up, I’ll be speaking to the Abilene Atheists (event link here) on Thursday, September 17th at 7pm, the night before Apostacon starts. If you live in that area, I hope you’ll come out to meet with folks from that town to hear me talk a little bit about how to live “godless” in a region that’s supersaturated with religion.

What is Apostacon, you say?  I’m so glad you asked…

Apostacon (this year at the DFW Marriott) is so far my favorite conference I’ve attended. It manages to keep a fun, party atmosphere while featuring top notch speakers (ahem) and enough breaks in between to hang out and get to know the speakers and other attendees.  The name comes from a combination of apostate and conference because the organizers specialize in addressing those issues faced by the formerly religious.

Check out this year’s slate of speakers (link here), headlined by Penn & Teller‘s “Night of Magical Inquiry.” I’ll be one of the presenters as well, although I’m pretty sure I won’t be performing any magic tricks.  I’ll include more details in an upcoming post, but if you’re within traveling distance of this conference, allow me to recommend doing what it takes to get there. It’s gonna be a blast as always.

Stay tuned and you will also likely hear of upcoming opportunities for early next year in which I’ll speak to groups in Austin, San Antonio, and Arizona as well.

You may have also seen me popping up in unexpected places like Denver, Las Vegas, and St. Louis, with more trips planned to Seattle, Portland, Philadelphia, Atlanta, Boston, Providence, and who knows where next?  This weekend I’ll be visiting Washington D.C.  So what gives?  Two things:

So there you have it. Lots going on.  If you see me popping up in random places over the next few months, now you’ll know why it’s happening. These aren’t all blog related trips. I’m traveling to help promote next year’s Reason Rally and to seek support for Recovering from Religion’s many projects. 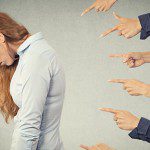 August 4, 2015
Body Shame 101: Lies the Church Told Me about My Own Sexuality
Next Post 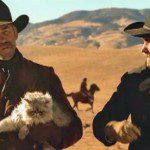 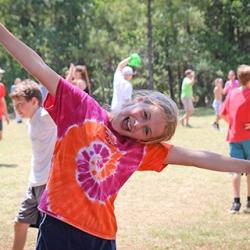 Nonreligious
Looking for a Kids' Camp in Florida or...
Godless in Dixie
TRENDING AT PATHEOS Nonreligious