The Next Speaker of the House May Be a Disciple of Bill Gothard October 14, 2015 Neil Carter

This afternoon my social media spaces are blowing up with commentary about last night’s much anticipated Democratic presidential candidate debate (CNN’s highlights here) between Bernie Sanders and Hillary Clinton, plus three other guys I’m sure we’ll soon forget.  Tempted as I am to launch into my feelings about where I think this is headed, I would rather talk about a quiet development on the fringe of the GOP which I’m not seeing many others talking about just yet.

I’m talking about Daniel Webster, the man currently being groomed by the House Freedom Caucus to replace John Boehner as the Speaker of the House.  Previously, House Majority Leader Kevin McCarthy was expected to take his place, but he suddenly and unexpectedly dropped out of the race less than a week ago.  News outlets have been scrambling ever since to figure out who the next logical choice will be, and most are pointing to former Vice Presidential candidate Paul Ryan, who has repeatedly expressed no interest in taking the job.

Ryan would be a fool to take that job for at least two reasons.  First, taking the helm of the Republican-controlled House at this particular juncture would amount to career suicide for anyone, most certainly any individual harboring hopes of one day running for a higher office.  The GOP is a mess right now, beset as it is with intra-party bickering led by fringe groups like the Freedom Caucus and its kissing cousin, the Tea Party. The void of leadership and lack of consensus have become hallmarks of the party for this particular era, and no one in his right mind would want to be in charge of that circus.

The other reason that move would make no sense for Ryan is that he would have to vacate his current position in which he serves as the chairman of the House Ways and Means Committee.  That means he leads the group which sets the budget for Congress, which is one of the most powerful positions in the government.  Perhaps you have heard it said that in U.S. government, the House of Representatives has “the power of the purse?”  Well, Paul Ryan’s current position means he holds the strings to that purse, and I can’t imagine a sales pitch or pressure tactic strong enough to convince a man like Ryan to give that up, especially since enforcing austerity measures and budgets cuts are kind of his trademark thing.

What Is the Freedom Caucus and What Do They Want?

The House Freedom Caucus is a gang of roughly 40 ultra-conservative Republican lawmakers (further to the right than even the Tea Party) that formed at the beginning of this year for one main purpose:  To force Congress into more conservative territory by removing its ability to make any decisions without their approval (See their questionnaire for potential candidates here).  It’s made up of largely religious types, predominately from the South and from highly conservative districts spread out across the rest of the country.  It appears highly plausible that this one group of guys is largely responsible both for pushing Boehner out and for convincing McCarthy to leave that chair vacant.

How is it possible for such a small group to hold so much power, you ask?  It’s pretty simple.  To replace the Speaker, Congress needs 218 of 247 votes. So if 40 men* band together and agree not to budge until their demands are met, then Congress cannot move forward and nothing can get done.  Complete standstill.  By forming this single-minded group that thinks and moves as a unit, these 40 guys can effectively hold the whole U.S. government hostage.

So who do they want to be the next Speaker of the House?  Tucked away in a couple of recent news stories they have indicated their desire to see that role filled by Daniel Webster, the former Speaker of the House for the state legislature of Florida.

The short answer on Ryan so far from members of the House Freedom Caucus is that they’re not quite sold. So, the roughly 40 caucus members are standing by their endorsement of Rep. Daniel Webster of Florida for speaker — for now.

So who is Daniel Webster, and why do I care? Jumping over to his bio on Wikipedia, you’ll notice this passage toward the bottom of the article:

Webster is a Southern Baptist and attends First Baptist Church of Central Florida….He and his wife Sandy have six grown children…The Websters home-schooled their children using the curriculum of the Advanced Training Institute, which was founded by Bill Gothard.

Woah now, wait a second.  Anybody who knows American fundamentalism knows that name and knows that his brand of indoctrination is among the most ruthlessly abusive and unhealthy curriculum—if it can really be called that—available for Christians today.  The wiki article goes on to say that one of Webster’s children married into a family that regularly appeared on the show 19 Kids and Counting. Given the association with the world of Bill Gothard, it shouldn’t come as a surprise that the infamous Duggar family would show up among Webster’s friends and family.

Webster didn’t just raise his own children inside the restrictive world of the Gothard Institute, he taught seminars for them, helped them raise money for their organization, and traveled to foreign countries with Gothard to support their work around the world.  When asked about his association with ATI, Webster unapologetically replied:

I enjoy the advice he’s given. I think it’s been a major part of my life. I’m not ashamed of that. What he has said I believe to be the truth.

Webster became famous in his state for proposing laws that would make it harder for women to divorce their husbands even in situations involving physical abuse.  As a representative of the “Quiverfull” movement, he doesn’t believe in using birth control. He frequently touts what he sees as divine protection around him in the form of a prayer-generated “hedge of thorns” to keep his opponents at bay because to take up opposition against him is to oppose the anointed of God himself.  These positions and this language has earned him the nickname “Taliban Dan” among his dissenters back home.

What does this mean for the nation, and why am I bringing it up here?  It’s too soon to say, but The Gang of 40 currently manipulating the House of Representatives to do as they please is suggesting they want this guy to be the next Speaker of the House.  Paul Ryan would be a fool to take the position, and only in the most desperate of situations would anyone be able to convince him to do so.  Perhaps we are already there—I don’t know. We will see.

What I do know is that if this caucus has the sway they seem to have, it’s not entirely impossible that our next leader of the Republican party will be straight out of the warped fundamentalist culture of Bill Gothard and Jim Bob and Josh Duggar. What a mess that would make.  Either way, the group wanting his type to lead us appears to be in charge of approving the next Speaker of the House.

* In scanning the list of the members of the Freedom Caucus (found in their wiki here), I missed that they do in fact have one female in their group, Cynthia Lummis of Wyoming. 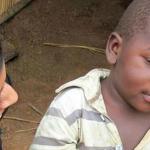 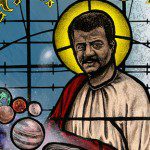 October 20, 2015 Can Atheists Learn Anything from the Religious?
Recent Comments
0 | Leave a Comment
"Religion tries to contain evil men by giving them rules, and a woman to own. ..."
Juniper God Is Not to Blame for ..."
"https://uploads.disquscdn.c..."
Freethinker Cutting Off Your Family in the ..."
"Good stuff Neil. This may be a bit off topic, but here goes... My observation ..."
Enlightened God Is Not to Blame for ..."
"I think some people just become so confident in themselves that they do not feel ..."
Ryan Symons Why Rhett and Link Broke Up ..."
Browse Our Archives
get the latest from
Godless in Dixie
Sign up for our newsletter
POPULAR AT PATHEOS Nonreligious
1