Religion and the Nepotism of the Mind

Religion and the Nepotism of the Mind November 28, 2015 Neil Carter

Nepotism happens when a person in a position of power or privilege rewards a relative with another position of power simply because they are related. As long as there have been human beings, there has been nepotism. I’m pretty sure it happens in every living species with a social hierarchy, but humans generally denounce the practice because it’s too easy for the wrong person to get the job simply because he or she has the right last name.

Mind you, it doesn’t always go wrong. Just because people win cherished spots in leadership or in business because of family connections doesn’t necessarily mean they won’t turn out to be good at what they do.  Sometimes shared family values and ethics get passed along in such a way that having one highly qualified person in leadership from that family means that there’s a good chance his or her relatives will be a good fit for leadership as well.

People cried nepotism when John F. Kennedy appointed his own younger brother to be his Attorney General, and yet in retrospect most would agree that Bobby turned out to be a tireless and effective man for the job.  It made sense that his older brother needed people around him whom he could trust, and in time the younger Kennedy proved his effectiveness in fighting organized crime, in advocating for civil rights, and he was even instrumental in helping his older brother narrowly avert a potential nuclear war during the tense Cuban missile crisis.

But it can also be a problem.  I live in the Deep South, where “the good ol’ boy network” is still alive and well. Southerners are famous for surrounding themselves with favored family members in such a way that every important position of privilege is supported by subordinates who were placed there as a favor for which a return is eventually expected.  “You scratch my back and I’ll scratch yours,” as the old saying goes.  This creates a self-feeding, self-sustaining system in which a vast interdependent network of people keep each other in place without fear that something or someone will come along and upset the apple cart. I’m looking at you, Rankin County School District.

In such a system, corruption runs rampant. You can do whatever you want (or nothing at all) and get away with it because all the people around you who would otherwise hold you accountable say nothing at all. They turn a blind eye to your faults because you do the same for them. How many millions of dollars have been wasted on overpriced and substandard contracts between parties that should never have done business with each other but did so anyway because so-and-so’s cousin works there and needed the deal?  How many legal agreements were made or broken because a guy’s sister was married to the person on the other end?  How many appeals for justice fell on deaf ears because the guilty parties had fathers in the precinct, or on the bench?

In the end the problem with nepotism (and cronyism) is that it prevents you from making the best decisions. That’s why we do what we can to guard against all forms of favoritism.  It’s not that family connections guarantee inefficiency or corruption, it’s just that we would do well to hold those situations in higher suspicion than the circumstances in which no such favoritism seems to be present.

I think the same principle applies to the things we believe.

We should hold in highest suspicion those belief systems into which we were born because we recognize that human beings privilege those beliefs which were there in our minds from the very beginning.  We should realize that we are naturally the least critical—the most trusting—toward those ideas which were taught to us when we were still too young to critically analyze and evaluate those ideas for ourselves.

My Fifth Piece of Advice to the Young Apologists

As I detailed in my last post (you can read that here), last weekend I had the pleasure of fielding a number of apologetics questions from about a dozen college students at Kennesaw State University. At various points in the conversation I left them with four pieces of advice, but I left out a fifth. Or rather, I left a point unfinished, dropping a comment that I meant to expand upon but the chance to do so never came.

After one of the most vocal of the young evangelists said something about having arrived at his beliefs after a great deal of searching and seeking, I mentioned in passing how convenient it was that in the end, of all the belief systems he could have possibly adopted, he happened to settle at last upon the exact same belief system into which he was born.  That really is amazing, don’t you think?  I mean, what are the chances?

And yes, I know that’s dripping with sarcasm but if it’s any consolation, I went through the same realization myself. I’m not levying a criticism on him that I haven’t already applied to myself…at great personal cost, I might add.

The ancient Greeks had a saying:  Know Thyself.  I used to think that was a lamentably self-centered, navel-gazing kind of motto to adopt, but I’m pretty sure I misunderstood its ultimate point. In retrospect I think it is an admonition to labor to become aware of one’s own influences.  True wisdom and knowledge begins the moment you learn to critically evaluate your own biases, those predispositions which were instilled in you by your upbringing.   In a sense, “know thyself” is the beginning of free thought. It is a maxim which enjoins you to analyze the prejudices of your own community—and no community is free from bias.  All cultures are conditioned by biases, and it doesn’t do anyone any good to remain unaware of what they are. 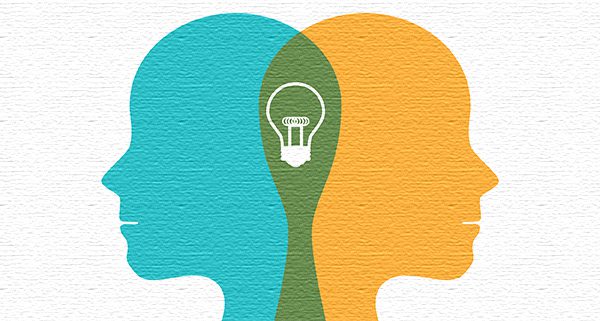 Religious beliefs are privileged ideas.  They are ideas which don’t really have to pay their dues to earn your acceptance because you are born into them, already predisposed to accept them by virtue of their place in your family, your community, and your surrounding culture. Just as nepotism provides a convenient cover for political and financial corruption, simply adopting the same belief system into which you were born makes it all too easy to give a free pass to ideas which don’t deserve your support.

Funny how, just like their parents, these college students all settled on the Christian faith out of all the possibilities they sifted through.  Funny how they all seem to have settled on trusting that the Bible is an infallible book, unable to make a mistake in anything at all, even when it addresses questions of cosmology, biology, and sexuality.  Funny how they coincidentally adopted exactly the same sales pitch about life, death, and the hereafter that Campus Crusade teaches all of their members to recite in front of their prospective converts.  Again, technically, none of that necessitates that it cannot be right, but it’s awfully convenient, and that alone should give them pause.

Everyone’s Religion Is Weird Except Yours

I’m willing to allow the possibility that any belief, no matter how strange it may seem to me, could potentially be true. But those aren’t the beliefs I’m the most concerned about.  I am most concerned about those ideas which seem so familiar to me that their strangeness is completely lost on me.  To anyone not raised in my culture, things like talking snakes, floating ax heads, virgin births, multiplying bread baskets, and flying rabbis would seem an odd mixture of claims indeed.

Maybe they don’t seem strange to us, but they really should.  Stories like that should immediately raise our suspicions, leading us to ask for some kind of proof other than more stories and more self-referential claims about the reliability of the stories made by the writers of the stories themselves.  We should be asking much harder questions of these belief structures, and the only reason we don’t is because we were born into them in such a way that they are a part of our social matrix. They are like the water the fish swim in, most likely unaware that such a thing even exists.  They are privileged ideas, and that alone should inspire us to demand more from them.

Julia Sweeney makes a similar point in her delightful monologue, Letting Go of God. She tells of how she herself went through the process of questioning her own Catholic upbringing, finally realizing that she was using a different standard for her own religion than she was using for anyone else’s. If she had only used the same critical thinking skills on her own beliefs that she used on everyone else’s, she would have realized much earlier on that the religion of her youth was no more well-reasoned than anyone else’s (that part starts at about the 7:37 mark):

So my final bit of advice to my young apologist friends is simply this:  Don’t use a different standard for examining your own beliefs than you use on everyone else’s.  Work to become more aware of your own biases, those ideas which you privilege because they match the very same ones your parents taught you to believe.

I’m not arguing that they’re wrong just because you were born with them (even though I personally have come to believe that they are).  I’m simply saying you should approach those beliefs with even more suspicion than you do practically any others because you know good and well that those ideas have gotten special treatment for many, many centuries.

They are the products of a nepotism of the mind.  Don’t let them sit there undisturbed. Pick them apart, and be brutally honest with yourself about whether or not those ideas really deserve your allegiance as much as you think they do.  First know thyself. Then the rest will start to become clearer. 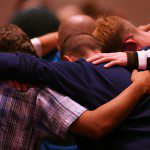 November 26, 2015
Advice for Our Young Apologist Friends
Next Post 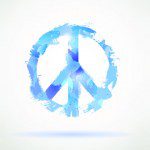