Recently, an article ran about the award I received from the Freedom From Religion Foundation in the Clarion Ledger  and was later reprinted by the Hattiesburg American. I received the first ever Yip Harburg Youth Activist award for an article I wrote about cruel responses to the complaint the City of Collins received for their Christmas decorations.

The response I’ve received has been overwhelmingly positive. I’ve had people reach out and tell me how happy they are to see people speaking out, and how they wish they could as well. I’ve received so much love and compassion from my fellow non-believers, as well as some kind words from believers who believe—regardless of their opinion—that I have the right to share my views without fear of backlash.

Some people, however, feel that threats of hell and general condescension are some form of holy kindness.

For what it’s worth, I’m not in the business of deconverting people. I appreciate a lot of things about religion, and I have a lot of issues with the new atheist movement itself.

“Reason is still king. The battle isn’t over. She will come over to the side of logic. I have someone dear to my heart that is a believer, who grew up knowing reason. They will come back and they will give a great testimony that will spread enlightenment!”

That sounds ridiculous, doesn’t it? The idea that I know this person’s life so much better than they do, that I know for certain they’ll eventually lose their belief and give a great story for all those who do believe to also stop believing.

Often, people think this is a kindness, that they know my heart and know that I would never give up my belief—when I didn’t give up anything in the first place.

The problem is, they don’t see this as condescending. They see this as an absolute moral truth. There are only two options: I still believe and God is using me for his plans or I never believed at all. Reality is never that simple.

“There’s No Such Thing as an Ex-Christian”

I’ve gone into this before, but I really truly loved God. I would get overwhelmed during worship, I prayed like it was required for my breath. I wanted to serve God as best as possible. I went into religious studies so I could learn about other faiths to figure out how to convert people away from them. I wanted everyone I met to think highly of me so they’d see that Christianity is a great path and that, even with my faults, Jesus could transform a person into someone better than they had been previously.

People have taken my opinion column as a “mean opinion.” One woman commented:

“And, on that same note, please don’t judge all Christians by the ignorant comments of a few angry people. The more this pot is stirred, the uglier it will become. Let it go, & and let God deal with it. Everybody has an opinion, but that doesn’t mean you have to hurt others with it.” 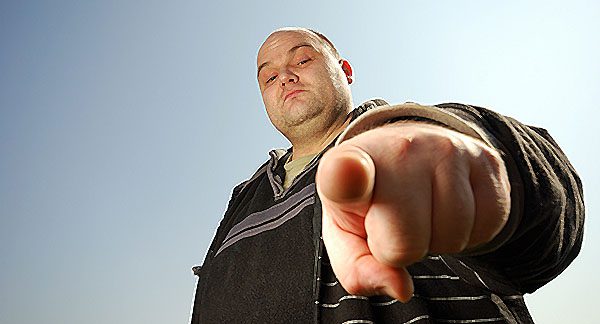 To her, the very act of verbalizing my opinion in a public forum is hurting others. To dare say anything is treated as a radical statement. I’ve had people reach out to me, thanking me for speaking out as if I’ve done some incredible act of activism.

All I said was: “As a non-believer, I’m not convinced. If Mississippi is a hotbed of religious beauty, then it makes religion look even less appealing.”

Even though I said that, I wasn’t turned away from Christianity just because of bad believers. I was turned away by bad beliefs, by the actions of God in scripture that I could no longer justify morally, by knowing the history of the formation of these texts.

The Problem with Free Will

One of my biggest issues was the concept of free will. If every little good thing is placed in our lives by God, then there can be no coincidences. Therefore, if I get into a car wreck which backs up traffic, and, because of that, a woman shows up to her house a little bit later just as her child finishes drawing a picture for her, my actions facilitate her little blessing. If that’s the case, am I doomed to wreck to cause that blessing? If our actions have a domino effect that ends in blessings, what free will do we have to create our own destinies, plan our own lives?

At the same time, we’re supposed to have free will. The fall in the garden happened because they ate fruit they were told not to. They had to have free will to break God’s commandment. Or did God facilitate this so we’d have little blessings in the future?

See the problem here? This was one of the biggest questions that lead to my search for answers, my conversations with preachers, my readings of apologists, my watching of sermons and explanatory videos. After delving into all of this, I realized that I no longer believed there was a God.

I Don’t Have to Be Nice About Unjust Behavior

People constantly say I’m turned off by bad believers, that I shouldn’t judge Christianity by its followers. Neil said it best: “It’s not just the messengers, it’s the message. While cruel believers don’t help the cause, the message itself has too many contradictions for me to believe.

Do I think my beliefs are right? Of course I do. They wouldn’t be my beliefs otherwise. Does that mean I think your beliefs suck and you have to change to mine? No. As long as you don’t impede justice, then by all means, believe whatever you want.

But if you try and shut down abortion clinics, I will protest. If you try to discriminate against the LGBT community, I will write letters and complaints, I will contact the ACLU. If you try to defame and promote violence against Muslims, I will raise hell. 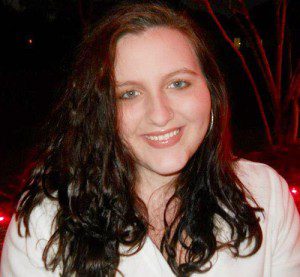 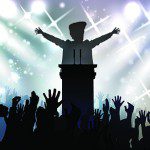 December 11, 2015
Donald Trump and the Missing White Voter
Next Post 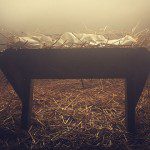