What Christians Mean When They Use the Word “Atheist”

What Christians Mean When They Use the Word “Atheist” December 29, 2015 Neil Carter

Christian media outlets are fond of touting the latest story about a “former atheist” becoming a Christian. These stories sell well, and I remember making much of them myself back in the day. Now that I’m on the other side of this issue, though, I hear this declaration with different ears. Now when I hear these stories, I’m not so sure they’re entirely accurate. Listening to these converts talk about their former lives, I can’t help thinking something isn’t quite right. Something leads me to think that if they’re telling the truth, they’re at least “telling it slant.”

On the surface it will sound like I’m using a “No True Atheist” argument. It sounds like I’m saying that no real atheist would ever quit being one to become a Christian (I’m not). Surely by now you’ve heard writers on Patheos Nonreligious disparage the No True Christian argument, and we have good reason for doing that.

When we talk about our former lives as believers, we are routinely dismissed by people asserting we were never really one of them because according to them no true Christian would ever stop being one. Their theology won’t allow it. We must have just done it wrong, or else we were never sincere about it. This irritates the $#@%&! out of us because for some of us it invalidates decades of investment in our former tradition. It also denies us our rightful place at the discussion table on matters about which we have earned the right to speak.

I don’t think I’m doing that right now because I’m genuinely listening to the things these “former atheists” are saying and honestly I haven’t ever heard an atheist say the things they’re saying.

It reminds me of that scene in The 40 Year Old Virgin when the guys are sitting around discussing the feel and texture of women’s breasts and Andy reports that they feel like bags of sand. The other guys freeze and turn to stare at him like he has an extra appendage protruding out of his forehead. Clearly the man had no idea what he was talking about, and anybody with any real life experience would know better.

That’s kind of what it feels like when I’m listening to these stories. The perspectives they’re portraying sound unlike anything I’ve ever heard an atheist say.

On the other hand, the stuff they say sounds a lot like what preachers and evangelists say about atheists —that we hate God, that we want to take away Christians’ freedom of speech, that we’ve really always believed the Christian message but we’re just angry at God because of (fill in the blank), and that we really only disbelieved in the first place because we wanted to be our own boss. Basically it follows the well-worn outlines of every sermon you’ve ever heard about why people don’t commit themselves to the Christian faith.

Related: “We Never Expected God to Make Us Happy“

I know why this matters so much to them. I know it serves to validate their tribe whenever someone leaves another to be in theirs. Having a former member of one team join another implicitly makes the second one look superior. It adds weight to anything they say about why their team is better than the other.

That’s probably why, when someone previously close to me learned of my apostasy, he told me I was now “a dangerous person.” His sudden shift in judgment about me had nothing to do with any change in my behavior. He simply knows that a former devotee to his faith can undermine its credibility far more than anyone who never inhabited that mental world.

What Christians Mean by the Word “Atheist”

I finally figured out what’s going on here. Evangelical Christians are using a much fuzzier definition for the word “atheist.” For evangelicals, an atheist is anyone who lives as if there were no God. It’s not fundamentally about belief, for you see they’ve been taught that everyone believes in God (see Paul’s ad hoc assertion in Romans 1:19ff).

What’s more, they’ve been taught that everyone worships something, which means that even people who think they don’t believe in anything are really worshiping either themselves or some nefarious deity unbeknownst to them. They’re being led astray by the devil, or by demons, or else by their own selfish desires. They are unavoidably worshiping some kind of idol, some kind of rival god to the one they’re supposed to be worshiping. Therefore there can be no such thing as an atheist in the sense that everyone else uses the word, including atheists themselves.

Read: “Does Everyone Worship Something, Even Atheists?“

Now do you see why people who grew up in a Christian culture, perhaps even with Christian parents, can say they were formerly “atheists?”  From their point of view, whenever they were not fully dedicating their lives to God they were living as if there were no God. They were, in effect, living as an atheist as far as they’re concerned.

That’s why people who grew up always believing in God can now say they used to be “atheists.” It’s not that they worked through multiple worldviews and then after a period of critical thinking eliminated all the other options except Christianity. It’s more that they spent their earlier years uninterested in (or averse to) the religion to which they were exposed as children only to return back to that same religion when they grew older.

Again, I know this will sound at first like I’m saying no true atheist would change his mind. It sounds like I’m doing the very thing I’ve said we hate Christians doing to us, dismissing our previous experience because we somehow didn’t fit their definition of what a true Christian is. But that’s a false equivalency in this case because there are considerably more consistent ways to define what makes a person a Christian whereas this definition of atheist isn’t really used by anyone who calls himself an atheist. Only Christians use a definition like this.

To see what I mean from a slightly different angle, consider what TV preacher James Robinson suggested a few years ago in an interview with Mike Huckabee. He said that we had at the time in the United States was a “secular theocracy” and Huckabee agreed (that was before Donald Trump became president and Huckabee’s daughter became his spokesperson). What does that even mean? Why on earth would you use the term theocracy to designate what you see as the encroachment of secular ideology on Christian freedoms?

Atheists don’t have any gods…unless you’re an evangelical. Then you see this completely differently. From your perspective, even those of us who say we have no gods really do have gods, they’re just the wrong ones. We don’t know we’re worshiping anyone because the devil has pulled the wool over our eyes, you see. But we do worship something, and we want everyone else to be forced to worship the same gods we do, all the while telling ourselves we worship no one and nothing.

This blurring of lines between faith and disbelief explains a lot, doesn’t it? Evangelicals are fond of saying that atheists have faith, too (probably in science or reason or empirical observation). They believe that everyone worships something, and that those of us who say we don’t believe in God really do and we just don’t know it—we’re just living in rebellion against things we really know are true in our hearts.

Under this framework there’s hardly even such a thing as “an atheist” according to the definitions used by us atheists ourselves, poor saps.  Under the evangelical definition, anyone not fully living up to the ideals for which they stand is living atheistically, in a way. So I guess you could say simultaneously that everyone is at least a little bit atheist, yet somehow no one really is, in the end.

Does it make a little more sense now? Now do you see how all these evangelical Christians raised in Christian countries, surrounded by a Christian culture, perhaps even raised by Christian parents were somehow once “atheists?” 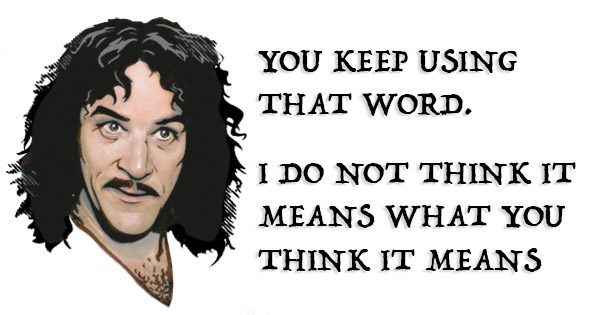 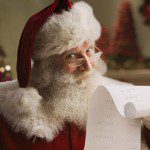