On this last day of the year, the time has come once again to look back at the previous twelve months to see which articles touched a nerve the most with our readers.  What follows are the top ten most popular posts of the year, followed by a few of my own favorite posts which, if you haven’t checked them out before, I hope you will click through to read in your spare time (whatever that is).

1. To My Evangelical Friends Upon the Legalization of Gay Marriage – By far the most popular post of the year due to the momentousness of the occasion, this post breaks down four common evangelical misconceptions about the consequences of the Supreme Court’s ruling on marriage equality this past summer.

2. The Sequel to God’s Not Dead Happened in My Classroom, But In Reverse – Spurred along by news of the plot for the upcoming sequel to God’s Not Dead, I decided to tell the real life story of what happened to me after my students and administrators found out I was a (still closeted) atheist.

3. Ten Things Christians Accidentally Tell Me About Themselves – Noticing how often Christians tell me things about me that better describe their own issues, this article gives ten common examples of projection whereby evangelicals reveal the vulnerabilities of their own belief system in their attempt to critique my worldview.

4. What I Learned about Atheists from God’s Not Dead – Although I wrote it back in August of 2014, this review of the film that sold out four weekends in a row in my hometown remains my most widely read post to date, still outstripping all but the three posts above for this calendar year.

5. What Christians Mean When They Use the Word “Atheist” – Initially appearing on the Ex-Communications blog (and reposted here earlier this week), this article explains why so many Christians claim to be “former atheists” when they tell their own stories even though they were thoroughly enculturated within a Christian tradition, and never stopped believing in God.

6. What’s Wrong with Telling an Atheist You’ll Pray for Her? – Evidently this one touched a nerve for a number of folks. Regardless of the nobility of their intent, when believers tell non-believers that they will pray for them, it shows an inability to put themselves in the others’ shoes, a failure to truly empathize.

7. The Greatest Story Never Told – In commemoration of Easter weekend this year, I highlight an oft-ignored story in the Gospel of Matthew which eclipses the usual Easter story by a large margin, and incidentally undermines its credibility in several ways. Even the inerrantists seem unwilling to fully believe this story, which would explain why they keep passing it over.

8. Why Do Intelligent, Well-Educated People Still Believe Nonsense? – After having the umpteenth conversation with someone who couldn’t understand how bright people could still remain religious into adulthood, I spell out four reasons why religious belief and a sharp intellect can nevertheless coexist in the same person for his or her entire life.

9. Christianity Has a Major Boundary Problem – Also originally debuting on Ex-Communications, this article deserved a reposting here because it exposes the inherent lack of a sense of personal agency woven into the fabric of the Christian narrative.

10. The “Nones” vs. the “Dones” – In March of this year the Pew Research Center made headlines when they revealed that the percentage of the American population claiming no religious affiliation grew by an additional 3% within a short two year time period since their initial revelation in 2012. This article differentiates between those of us who left our religions entirely and those who merely quit accepting a label even though they still believe in a supreme being of some kind or another.

Besides those top ten posts above, there were a number of other posts which were widely circulated, but I believe should be read by even more folks still.  It’s difficult for me to pick only a handful, but these five were among my most favorite posts because of their continuing relevance to the lives of my most regular readers.

The Two Main Reasons I Left My Faith – While I’ve answered this same basic question a hundred times, I’m always working on boiling it down to as succinct an explanation as I can. This post lays out the best shot I think I’ve taken at it thus far.

Help! My Husband Has Become an Atheist! – When a reader asked for my advice on how to respond to her husband’s recent apostasy, I did my best to compile all of the best advice I could marshall from friends who have walked through what both he and she have ahead of them.

You’re (Not) Gonna Miss Me When I’m Gone? – This letter to a family member elucidates what doesn’t make sense about family members worrying about our eternal destinies.  If they themselves are going to experience everlasting bliss and happiness, what is there really to fear?

Hell 2.0: Same Eternal Punishment, Now With Fewer Flames! – At long last I take a shot at explaining why the newer, more passive-aggressive versions of Hell—most popular among the less fundy-leaning evangelicals today–differs so dramatically from the older versions professed by the church for most of its history.

The Absurdity of Inerrancy – Simply put, these are six reasons why the notion of a perfect Bible isn’t logically consistent, even when taken on its own terms.

And then finally, a Godless in Dixie retrospective for the year 2015 wouldn’t be complete if I didn’t repost a link to the CBS Sunday Morning segment about the Openly Secular campaign that included an interview with me alongside Mandisa Thomas and Todd Stiefel.  If you’ve never caught that, you can watch it here. My parts are at the beginning and the end.

Here’s looking forward to an exciting 2016, and hopefully a book by yours truly, as they say where I’m from, “Lord willing and the creek don’t rise.”

And I would be profoundly grateful if you would consider becoming a sponsor of this blog on Patreon in order to keep me doing what I’m doing. Click on the image below to find out how. 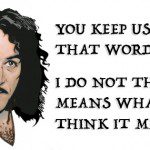 December 29, 2015
What Christians Mean When They Use the Word "Atheist"
Next Post 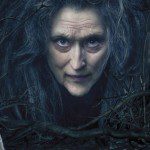 January 3, 2016 Into the Woods: A Closer Look at Our Scapegoats and Reviled Saviors
Recent Comments
0 | Leave a Comment
"well duh, "judgement" of their shenanigans is reserved solely for the Big Bad Boss. HDU! ..."
TheNuszAbides To My Evangelical Friends Upon the ..."
"Forced indoctrination of any ideology is abusive. While the teaching of a particular supernatural dogma ..."
Alan G. Jones Stop Saying That Teaching Children Creationism ..."
"I identify as a freethinker (in large part) because I avoid absolutist definitions like the ..."
Alan G. Jones I Am Not A Freethinker (and ..."
"Though this gets tough to square with their belief that elites - especially in the ..."
smrnda Dear Preacher, It Isn’t Your Fault ..."
Browse Our Archives
Follow Us!

Russell Moore Reveals the SBC's 'Abuse of Faith'...
Recently, I wondered what they've been up to on that front. What's...
view all Nonreligious blogs
What Are Your Thoughts?leave a comment
Copyright 2008-2020, Patheos. All rights reserved.